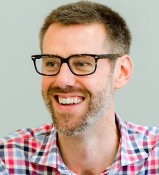 Robert has worked for the City of Austin since 2010.  He came over to the Downtown Austin Community Court from Austin Public Health in 2017 where he serves as the Court Operations Manager.  In this role, Robert is responsible for managing the administrative and clerical operations of the Court and the Community Services Restitution program, as well as administering a portion of the City of Austin’s social service investment portfolio.  These social service investments are intended to address quality of life issues, promote healthy living and support self-sufficiency of individuals in the downtown, West Campus and East Austin communities.

Robert believes government can and should effectively leverage its resources by collaborating with community stakeholders serving vulnerable individuals and families to reduce historical inequities and disproportionate health outcomes. Robert has directly administered over $200,000,000 in local, state and federal funding to community based organizations working directly with marginalized communities and addressing the social determinants of health since he began his career with the City of Austin.  He was responsible for expanding the City’s social service issue areas to include Health Equity, which funds programs specifically designed for populations experiencing significant health disparities such as immigrants, LGBTQI individuals, senior citizens and minorities.

Robert holds a B.S. in Health and Human Performance and a M.S. in Health Promotion from McNeese State University in Lake Charles, Louisiana.