On March 7th Austin-Travis County EMS Special Operations helped coordinate another field training exercise in cooperation with the AFD Special Operations training section to assess the capabilities of rescue assets in the response to an industrial/technical type rescue call. Special Operations periodically conduct s these types of training drills as a quality control measure to evaluate and test the system as a whole from front to back. 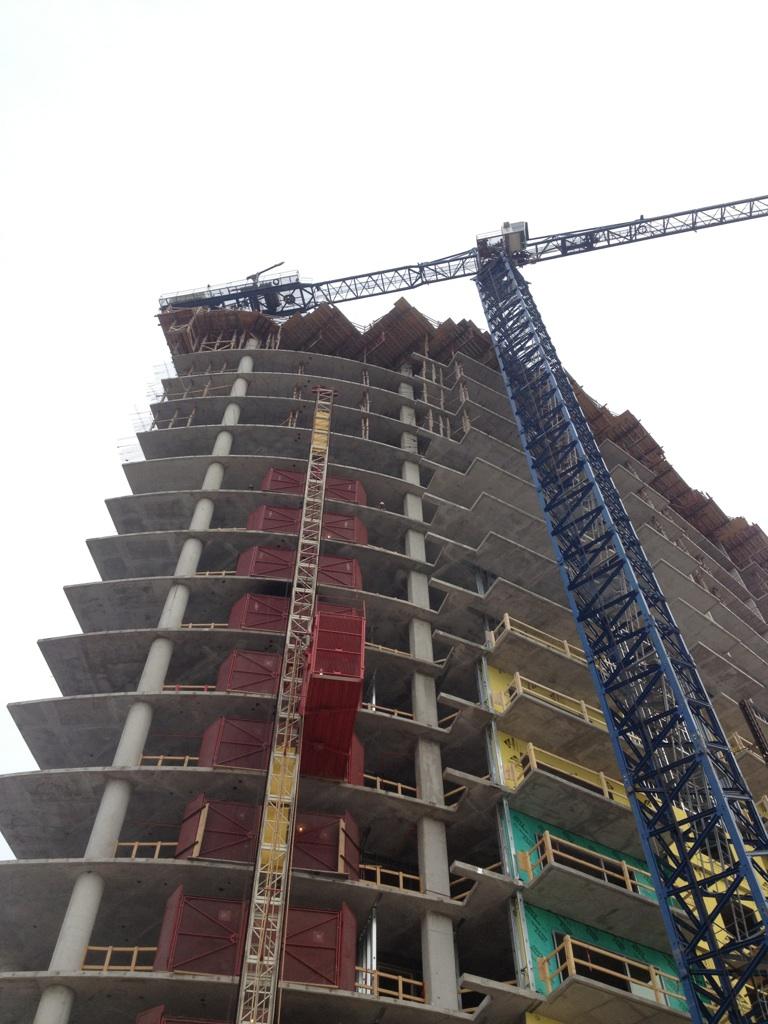 Special Operations Captain Craig Smith was an observer from the time of dispatch to arrival. “Today’s scenario involved a construction worker at a high rise construction site who had been crushed under a pile of heavy debris after a concrete form collapsed on him. This caused a neck injury and closed head trauma. The patient was unconscious throughout the incident.  Crews treated the patient in “real-time” and managed resources as they would on an actual incident.”

Captain Smith says the only person made aware of the drill before it happens is the communications supervisor, which is done in order to safeguard the daily operations of EMS and not cause a delay in response secondary to the training evolution. The 911 operator, call takers, and dispatchers are not told about the drill in advance and the call type is also not given to the call takers; they are simply given the information about the call in the manner it would be normally called in. This means that the call could have been a simple “unknown” type medical call with limited initial resources dispatched. If that were to occur the first arriving crews would have been forced to upgrade the call as necessary to facilitate access and treatment of the patient. 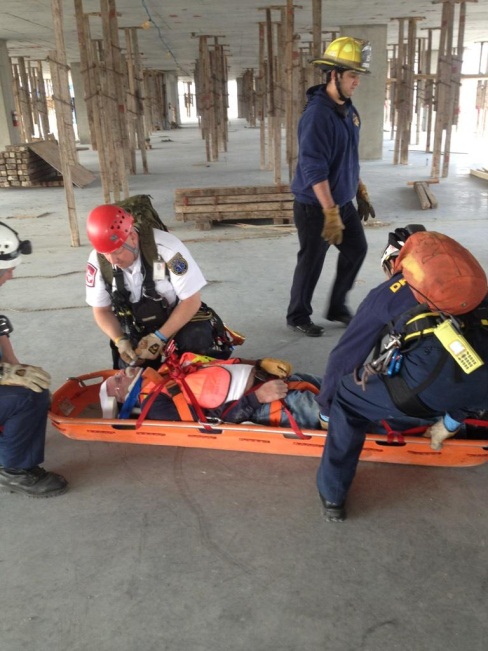 At this point the EMS crew dispatched to the call has no idea they are about to be sent to a drill. Once the units begin arriving on scene they start filling the ICS positions and conducting their assigned duties at this type of incident. The scenario has no contrived solution or outcome; this allows the drill to “play out” as it would in real life as if anyone called 911.

Captain Smith said “Today’s drill was a success and beneficial across the board for all agencies involved. Our EMS crews worked seamlessly with AFD response units in the location, treatment, and evacuation of a critically injured party. Each team member knew their role and executed their responsibilities with great efficiency.”  This type of exercise is also very reassuring to the on- site personnel who rely on the response providers in the event of an actual emergency.

While station based, on-duty training is the norm the effectiveness of “no notice training” has been experienced and well received by EMS and Fire agencies nationwide. The intent is to provide a realistic environment for first responders to interface with other agencies and on-site personnel to achieve the best possible outcome for the victims. 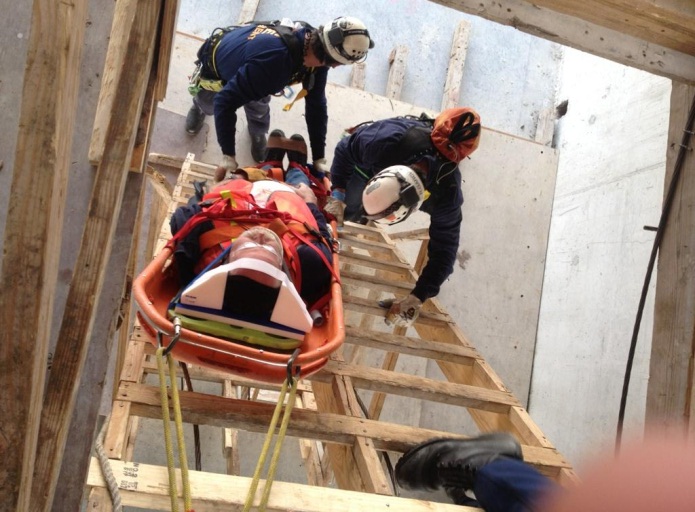 ATCEMS Special Operations Paramedics are trained in a variety of rescue specialties including; swift water, high angle, hazardous materials/ WMD response, wilderness SAR, and confined space operations. The team responds to emergencies locally, regionally, and nationally as needed.  Special Operations supports Texas Task Force 1 with swift-water boat teams, USAR resources, and deployment through the Texas Intrastate Fire Mutual Aid System and are dedicated to the delivery of specialized ALS care whenever and wherever it is required.

“To every man, there comes in his lifetime that special moment when he is tapped on the shoulder and offered the chance to do a very special thing, unique and fitted to his talents. What a tragedy if that moment finds him unprepared and unqualified for the work that would be his finest hour." -Sir Winston Churchill