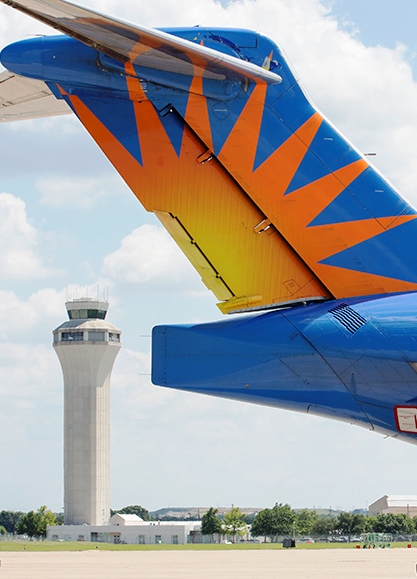 “We are very pleased to welcome the addition of two nonstop flights on Allegiant,” said Tom Noonan, Austin Convention & Visitors Bureau’s President and CEO. “Allegiant continues to offer quality service at a low-cost and these nonstop options are a great supplement to Austin’s growing Austin-Bergstrom International Airport and a direct reflection of how our city continues to evolve as a premier destination for travelers.”

Allegiant air service debuted in Austin in October 2013 with nonstop flights to Las Vegas. In the last two years, the carrier has grown at AUS to include flights to Albuquerque, Memphis, Cincinnati, and Orlando.

The airport of choice for Central Texas is Austin-Bergstrom International Airport (AUS). Austin-Bergstrom extends a thank you to its airport partners and its 11.9 million passengers in 2015. Fly Austin on new nonstop destinations including Guadalajara, Mexico on Volaris, www.volaris.com, and Mexico City, Mexico on AeroMexico, www.aeromexico.com. Find all nonstop routes with the free interactive flight guide on www.abia.org. Connect with us on Twitter, @AUStinAirport, and Facebook, www.facebook.com/abia.