The Austin Police Department Bomb Squad has been named as the 2018 support unit of the year and will be recognized at this year’s Stars of Distinction Awards Gala.

Bomb Squad Commander James Mason described the Austin Bomb Squad (also known as Explosive Ordnance Disposal) as, “quiet professionals who perform their duties day in and day out, mostly behind the scenes, while supporting the officers of the Austin Police Department, the City of Austin, and the communities within the 10-county Capital Area Council of Governments.” This was apparent from their ceaseless efforts during the Austin Bombings last year. 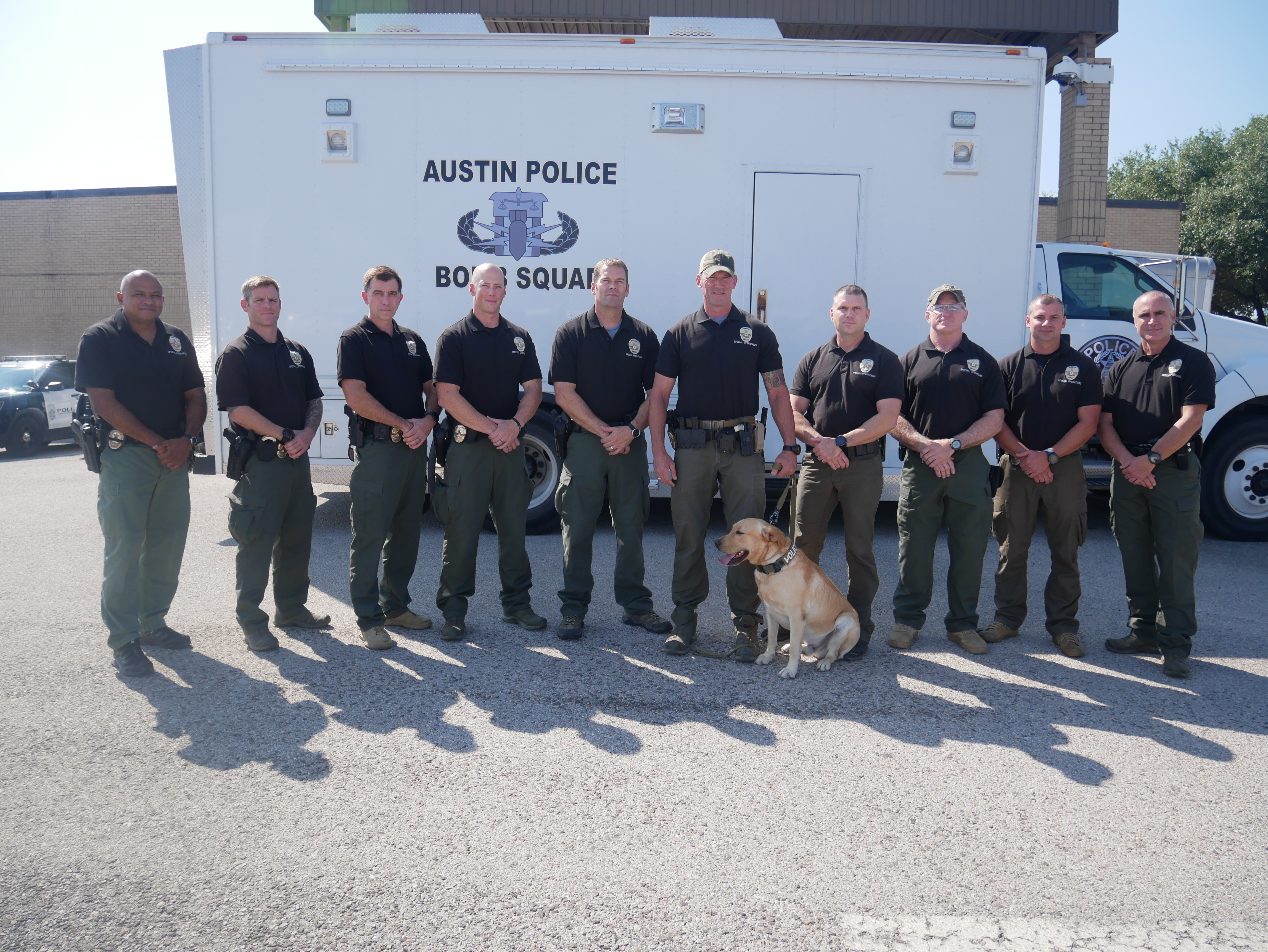 Every member of the APD Bomb Squad, pictured below, are trained divers who perform search and recovery operations. The team also responds to suspicious package and suspicious substance calls and provides training to other members of the department, to Austin-Travis County EMS and to the Austin Fire Department. In addition, the Unit responds to SWAT callouts and assists with high-risk warrant services.

The members of the Bomb Squad also spend time educating our community. They teach at schools throughout the city, participate in National Night Out and present at the Citizens Police Academy. The team is committed to furthering understanding about what they do to help protect our community.
The 2019 Stars of Distinction Awards Gala will take place on November 16, 2019 at the Hilton Austin Downtown located at 500 E. 4th Street. Media is invited to film the awards which will begin at 7 p.m.