Austin City Manager Spencer Cronk is pleased to announce the appointment of Jacqueline Yaft as the new Executive Director of Aviation for the Austin Bergstrom International Airport (ABIA).  She will assume the top airport leadership role effective June 10, 2019.

Yaft has built an accomplished career as an airport management professional.  With over 20 years of experience at some of the largest hub airports in the U.S., including the Los Angeles World Airports, Denver International Airport, and JFK International Airport, Yaft served in executive positions within operations management, airport safety and security compliance, and master plan implementation. 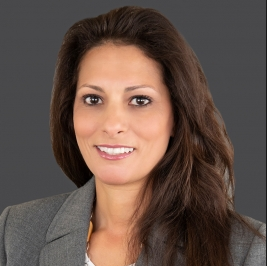 At Los Angeles World Airports, Yaft served as the Deputy Executive Director of Operations and Emergency Management, where she led airport operations throughout a series of major infrastructure projects at LAX. She is highly recognized and respected for building collaborative relationships with business leaders and stakeholders at all organizational levels.

Gina Marie Lindsey, former Executive Director of Los Angeles World Airports, reflected on working with Yaft.  “Austin is very fortunate to have attracted Jackie Yaft.  She was invaluable to the turn-around at LAX, is an excellent team leader, and really knows what it takes to make great airports work for travelers,” she said.

Yaft received a Bachelor of Science in Aviation Management from Metropolitan State College of Denver and a Master of Business Administration from Embry-Riddle Aeronautical University. She is accredited as an International Airport Professional through the Global ACI-ICAO Airport Management Professional Accreditation Program. She has recently honed her management and business skills as a Principal with aviation consulting firms Ross & Baruzzini and Paslay Management Group. Her technical competencies include executing airport security assessments, emergency preparedness and training, communication center operations, and incident investigation and reviews.

Since 2014, ABIA passenger and cargo traffic have increased rapidly.  In 2018, the airport welcomed a record 15.8 million passengers, successfully completed a 9-gate expansion, and began construction of a 6,000 space parking garage. Under the direction of Gina Fiandaca, Assistant City Manager for Mobility, Yaft will coordinate and expand all activities and programs of the City of Austin’s growing Aviation Department. While working closely with City leadership, staff, and members of the local and international communities, Yaft will also implement the City’s Aviation Master Plan in a way that preserves the values of the Austin community.  “I am excited to welcome Jackie to the City of Austin,” Cronk said. “She stood out among a pool of highly qualified and talented candidates because she has the experience and skills to help Austin realize our airport of the future.”

Yaft succeeds retiring Aviation Executive Director Jim Smith.  The City Manager recognized Smith for his contributions. “Jim was instrumental during the critical stages of establishing the Austin Aviation Master Plan and overseeing the successful 9-gate expansion of the Barbara Jordan Terminal.  He has been an invaluable leader throughout his 35 years of service to Austin,” Cronk said.

Last summer Cronk began the process of reorganizing the City Manager’s Office around the outcomes in the Strategic Direction 2023. The City released a survey asking the community what skills and characteristics they felt were most important for City executives, including the Aviation Executive Director, to possess. The responses to the survey helped build job postings and candidate profiles utilized for national recruitment efforts.