Just after midnight on May 29, 2018, Officer Derek Baroody was on patrol in south-central Austin when he attempted to make a protected left-hand turn from E. Riverside Drive on to Montopolis Drive. As he was doing so, a drunk driver sped through the red light on E. Riverside Drive and crashed into the right side of Officer Baroody’s marked patrol unit.

Officer Baroody’s vehicle was struck with such force that it spun over 180 degrees and up onto the curb. The front left wheel broke off and Officer Baroody was trapped inside. Austin Fire Department personnel cut Officer Baroody from the patrol car. He was transported to a local hospital where he was treated overnight for cuts, bruises, embedded glass in his forehead and serious injury to his spleen. Although initially released for a six to eight month recovery at home, Officer Baroody was readmitted a week later with severe pain. Doctors discovered then that his spleen was still bleeding. He underwent surgery and had to have part of his spleen removed. Officer Baroody returned to active duty two weeks later.

Officer Baroody will be awarded the Purple Heart Medal at this year’s APD gala. The award is conferred for sustaining, through no fault of their own, serious bodily injury or death resulting from a suspect’s actions in the line of duty under honorable circumstances.

The 2019 Stars of Distinction Awards Gala will take place on November 16, 2019 at the Hilton Austin Downtown located at 500 E. 4th Street. Media is invited to film the awards which will begin at 7 p.m. 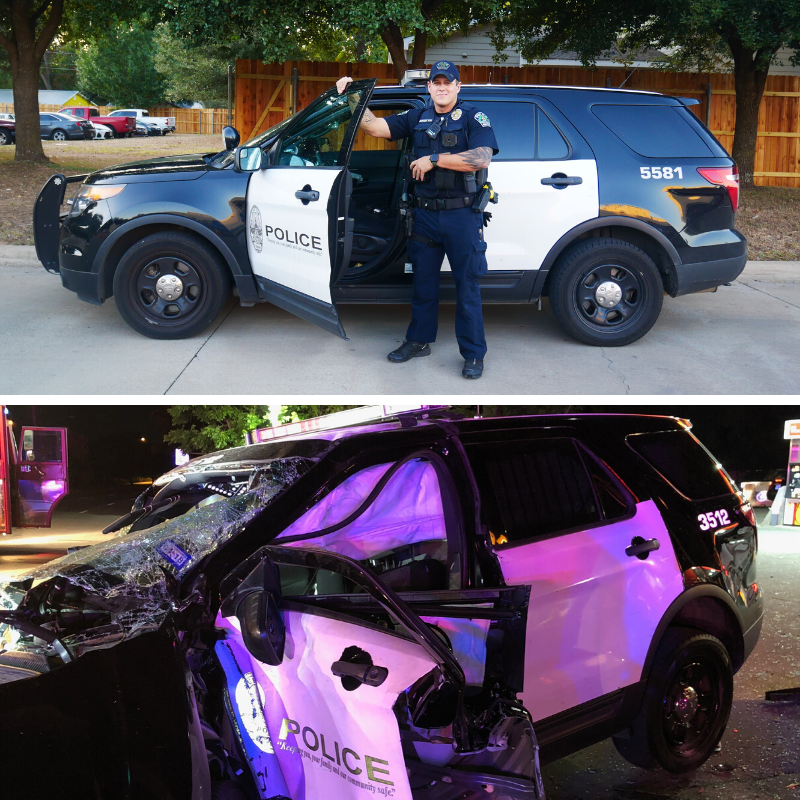