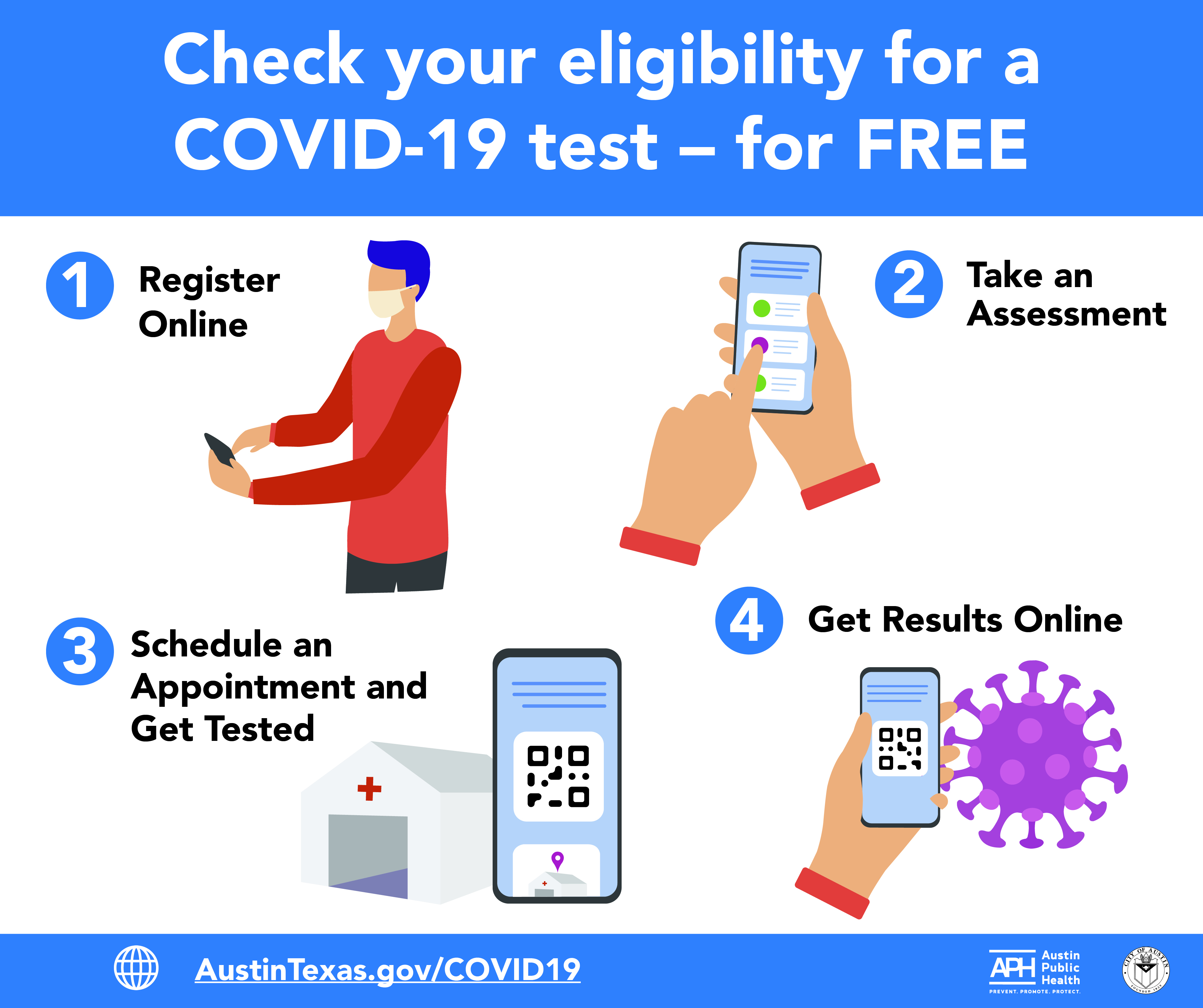 Individuals are encouraged to register for a test at austintexas.gov/covid19.

Austin-Travis County has completed more than 20,000 COVID-19 tests since the beginning of the pandemic, according to the latest figures from the Texas Department of State Health Services, as Austin Public Health (APH) continues to make COVID-19 testing more accessible to the community.

The State dashboard shows the total number of tests at 22,973 as of May 18, while separate State data show that Austin Public Health (APH) and health partners have achieved a per-capita rate of 15.3 tests per 1,000 people across the region, with 2,595 positive cases and a cumulative positive rate of 11.3%.

APH currently provides free tests at a drive-through site to anyone who has been approved after using the online public enrollment system at AustinTexas.gov/COVID19. Current criteria for getting a test include the presence of symptoms, exposure to others who have tested positive, as well as other high-risk factors identified by the Centers for Disease Control and Prevention. APH also runs a dedicated testing site for City and County critical staff and first responders.

The average number of tests per day conducted by Austin Public Health has increased significantly – by 240% - since the launch of the Austin Public Testing Enrollment Form last month.

Before this, testing typically required a physician referral, meaning people had to meet with their primary care provider or use a telehealth service before being referred to a testing site. Under the original testing system, which operated between March 19 and April 24, APH conducted 1,211 tests – an average of 33 per day.

Between April 25, the first day of scheduled public testing under the new enrollment system, and May 18, a total of 2,692 tests were conducted – an average of 112 per day.

Earlier this month the Public Testing Enrollment system was expanded to serve the neighboring residents of Williamson County as part of the continuous effort to protect the health and safety of Central Texans. With access to this technology, Williamson County was able to open an additional testing site in Georgetown and has tested 333 people since May 6. The information collected is accessible between epidemiology teams across jurisdictions to help develop a more comprehensive picture of how Central Texas is being affected by the virus, and inform how to further prevent its spread.

“We are testing substantially more people than we have in the past, and with the expansion of testing sites and our technological resources we have the capability to not only help more residents now, but plan for a future of living with coronavirus,” said Dr. Mark Escott, Interim Health Authority for Austin-Travis County. “This virus does not stop at jurisdictional boundaries, so partnering with neighboring counties gives us the edge we need to combat this virus effectively.”

“Williamson County and Cities Health District (WCCHD) is very fortunate to be partnering with Austin Public Health to be able to offer a no-fee public testing site. We have received multiple comments from the community being tested that they find the online screening system and results portal very easy to use, and they are grateful to be able to have this service available to them for no cost,” said Dr. Lori Palazzo, WCCHD Medical Director and Health Authority. “The more testing we are able to offer in the county will give us a better sense of the spread of the virus and allow WCCHD to contain potential outbreaks.”