New podcast takes off from Austin-Bergstrom 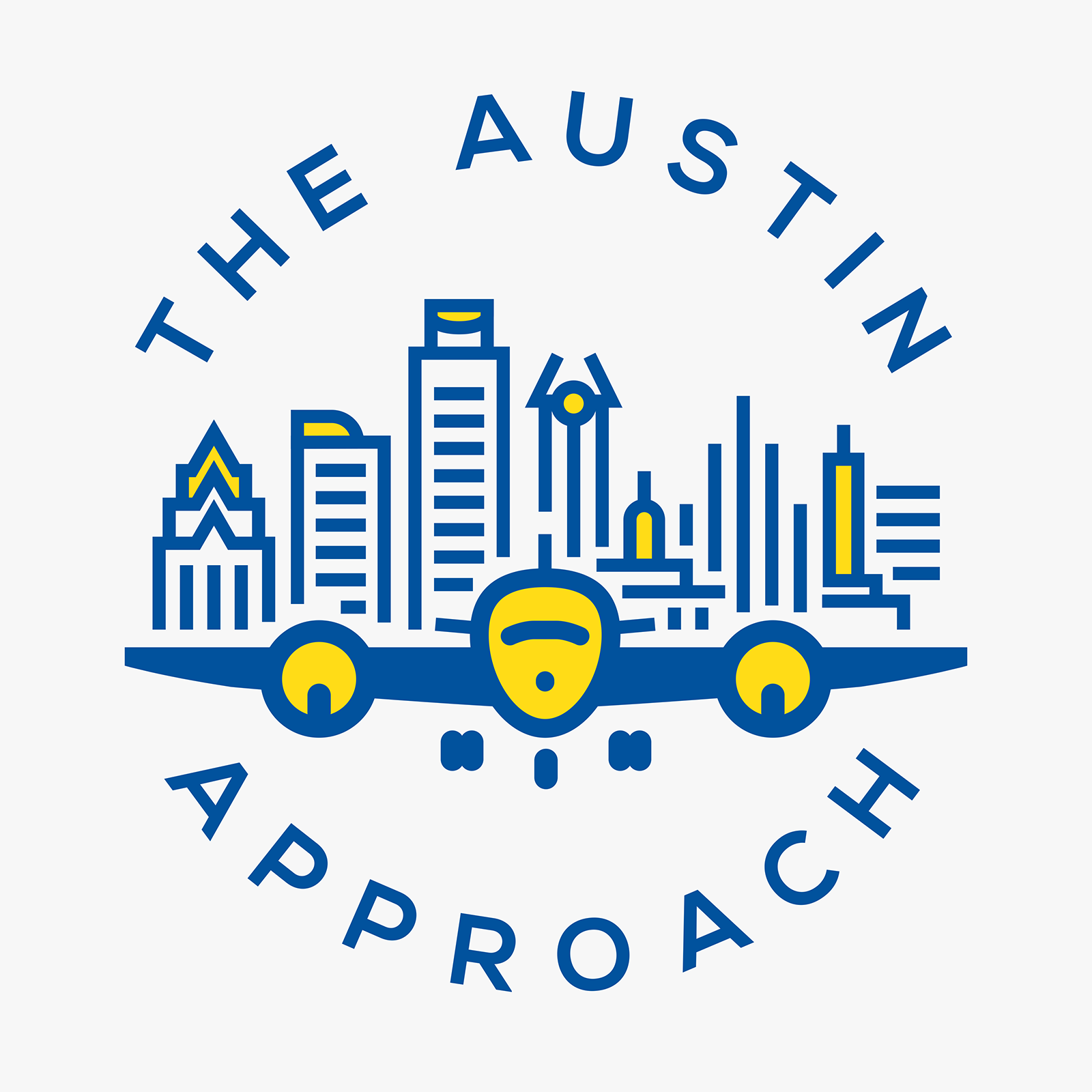 Launching on February 4, The Austin Approach podcast will offer listeners a look into all things Austin-Bergstrom.

AUSTIN, Texas – Ever wonder what goes on behind the scenes to keep an airport running during a global pandemic? Where’s the best place to watch planes arriving into Austin? And where can you find the best burger inside the Barbara Jordan Terminal?

These are just a few of the questions to be tackled in Austin-Bergstrom International Airport’s new podcast, The Austin Approach.

“The Austin Approach will be an accessible look into the operations, culture and events at our airport,” said Gina Fiandaca, the City of Austin’s Assistant City Manager for Mobility. “We look forward to giving Austin residents a behind-the-scenes view into their airport and the critical role it plays in our economy and transportation network.”

Launching on February 4, the podcast will offer listeners a look into all things Austin-Bergstrom, featuring interviews with airport staff, news and updates from around the campus, and insider stories about airport life.

Co-hosted by members of the airport’s Performance Management and Public Information & Marketing teams, new episodes will be released twice each month and will be available on all major podcast streaming platforms, as well as on the AUS website. Episodes will be approximately 30 minutes in length – perfect for a commute or while waiting at the gate for a flight.

“As passenger confidence continues to grow throughout 2021, we anticipate increased demand in air service at AUS,” said Jacqueline Yaft, Chief Executive Officer. “The Austin Approach is a great way to reintroduce travelers to their Austin airport, and hear from the AUS team members who work hard to keep the airport safe and operational.”

Episode one is now available on Apple Podcasts, Spotify, and other major podcast streaming platforms. In this episode, listeners will meet the co-hosts, learn about the airport’s new Whataburger location, and hear from Airport Operations Chief, Towanda Cordon, about the impacts of COVID-19.

Owned and operated by the City of Austin, Austin-Bergstrom International Airport (AUS) is the second-fastest growing, mid-sized airport in the United States. Austin-Bergstrom is also an economic engine in Central Texas, supplying over 74,000 direct and indirect jobs in the Central Texas region. Its reflection of local food, music, art, and customer service has earned AUS recognition—including Runner-Up for Best Airport in the Wall Street Journal’s Best U.S. Airports 2019.