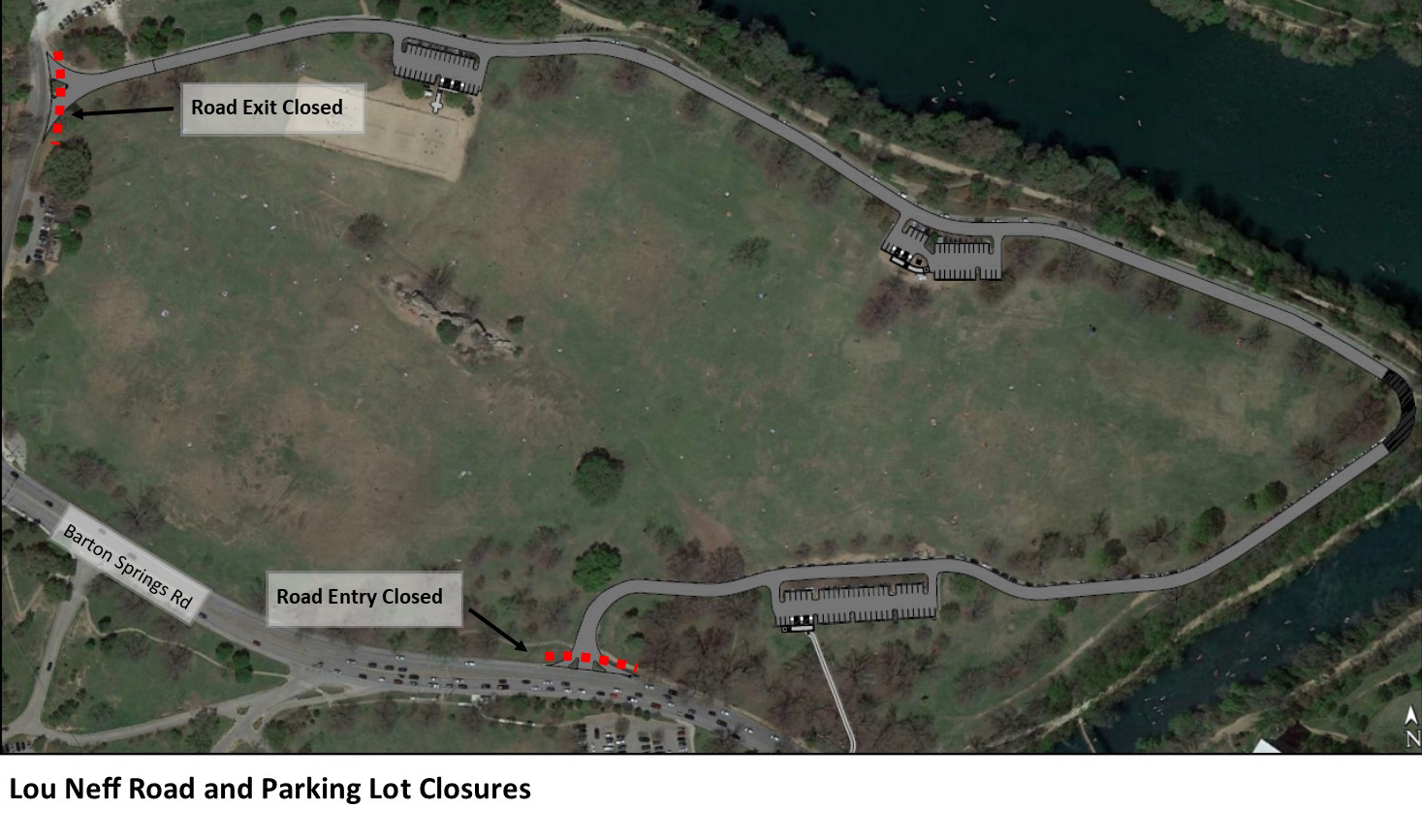 Austin Parks Foundation has been working hard on the revitalization of the new Zilker Eagle mini train. Several improvement projects surrounding the tracks, depot and tunnels are slated for this Summer, each marking an important milestone on the road to the fall opening.

Lou Neff Road Closure:
An essential part of the project includes improvements to the train route. Due to slope failure at the old turnaround, there will be a new turnaround location near Lou Neff Point. Austin Parks Foundation has partnered on this project with the Parks and Recreation Department, who will be instituting a closure of the entirety of the inner loop road around the great lawn. Lou Neff Road and all associated parking will be closed down July 6 through July 30 to re-align the road, accommodate ADA improvements, perform asphalt maintenance, and make electrical service modifications.

Alternative Park Access:
During this road closure, Austin Parks Foundation is asking Zilker Park visitors to take alternate forms of transportation, including bicycles, ride sharing and public transportation. As parking will be even more limited during this time, using CapMetro is highly encouraged. The CapMetro 30 Local route goes to Zilker Park via Barton Springs Road. Those who ride the bus to Zilker Park during the closure can share their physical or app ride receipt at the Barton Springs Pool check-in desk to receive complimentary entry to the pool on behalf of Austin Parks Foundation. Visitors are encouraged to visit CapMetro’s Trip Planner at www.capmetro.org/planner for route options and up to date schedules.

Additional Zilker Train Improvements:
July and August will continue to see improvements to the train tunnel, railbed and the depot. Train tunnel improvements made possible by Kendra Scott will create an exciting new ending to the train ride experience while fixing drainage issues and providing additional lighting and functional roll-up doors for the train’s home. The existing gravel rail base will be removed and restored for the new railway, and drainage issues along the route will be corrected. Additionally, new railroad ties and rail will be installed for the new train. Thanks to the generous support of CapMetro, restoration and maintenance of the existing train depot building and surrounding site will address current accessibility issues, as well as lighting, landscaping and functionality in the depot area so that the train and operations are accessible, comfortable and welcoming to all. The Zilker Eagle mini train is currently being built in Arizona and will be delivered this fall.

Earlier this year, APF announced the new name and branding of the Zilker train. The new Zilker Eagle honors the 60-year tradition of having a mini train in Zilker Park, while also looking to the future of this beloved park attraction. The name was chosen from over 700 submissions and voted on by over 7,000 Austinites, and hearkens back to both the original Zilker mini train and the passenger train that once graced the Missouri Pacific Railroad right here in Austin.

For more information on the Zilker Eagle, including construction updates and timeline visit www.zilkertrain.org/construction.