During an official City Hall ceremony, Representatives with Austin Parks & Recreation Department Presented their 2012 Awards to our much appreciated Partners in the Arts and Humanities Recipients. 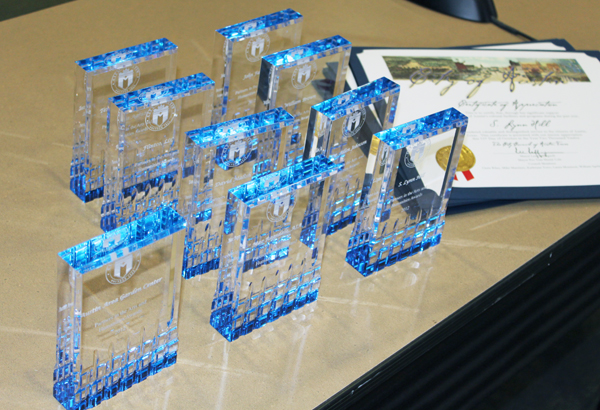 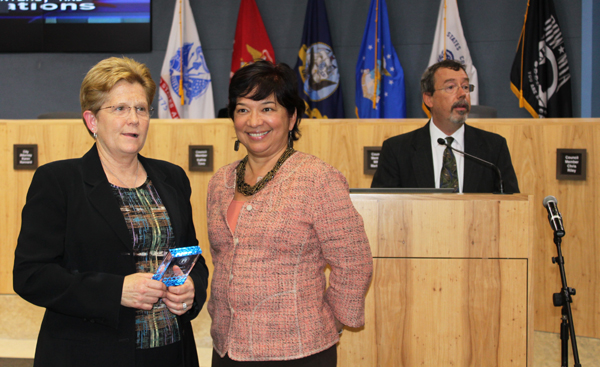 Mayor, Lee Leffingwell, Austin Parks & Recreation Department Director, Sara L. Hensley, CPRP, Laura Esparza, Division Manager of the History, Art and Nature Division and Russell Wiseman, Culture and Arts Education Manager for the Dougherty Arts Center participated in celebrating October which is National Arts and Humanities Month.  This is a coast-to-coast collective celebration of culture, arts and humanities in America.  It has become the largest annual celebration of the arts and humanities in the nation.  The History, Art and Nature Division of the Austin Parks and Recreation Department took this opportunity to recognize several individuals, businesses and organizations for their outstanding contribution to the arts in Austin during this past year.

This year’s nominations were groups and individuals who went above and beyond in helping our museums, cultural centers and natural treasures reach their full potential.

On behalf of The Elisabet Ney Museum 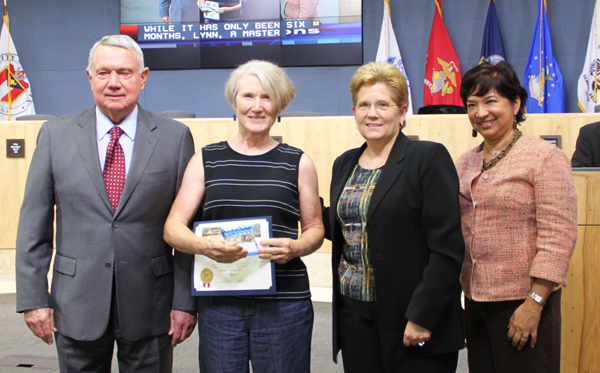 The Elisabet Ney Museum would like to honor S. Lynn Hill.  Lynn has been a consistent weekly volunteer at the Elisabet Ney Museum since January of this year.  While, it has only been six months, S. Lynn Hill, a Master Naturalist and Urban Habitat Steward, has brought knowledge and passion for the environment to the Ney Museum.  This has created very positive results for the prairie restoration project.  She shares not only her time and expertise, but she also shares her knowledge and love for native plants and seeds.  Lynn also acted as an expert during the Ney Museum’s Urban Birds event.  Lynn is a great asset to the museum and to the greater Austin community.  Thank you, Lynn for you commitment to the Ney Museum and the citizens of Austin.

On behalf of The George Washington Carver Museum and Cultural Center 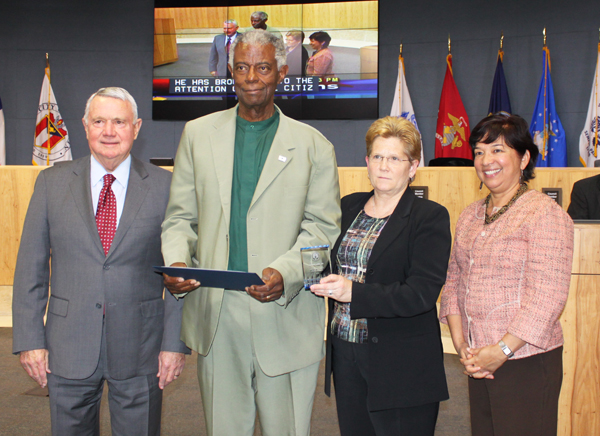 The George Washington Carver Museum and Cultural Center would like to recognize Dr. Allen Johnson.  This is a man with a mission, a proud mission.  For the past five years Dr. Johnson has been developing the Carver Centers’ Genealogy Workshop Series.  He has brought it to the attention of local citizens interested in connecting with their past and he has brought the Carver Center to national visibility by guiding those who are interested in learning and saving their own past.  Dr. Johnson is the Carver’s resident genealogist, conducting the monthly workshop meetings with various related topics on genealogy.   This job takes a lot of time and a lot of patience.  He gives that and more.  His quiet intelligent manner always wins the day because he knows that tomorrow will bring new challenges to the great reward of learning what one’s heritage is.  He knows there is nothing like knowing, appreciating and sharing your own family history. Thank you Dr. Johnson for helping us to have a better understanding of ourselves. 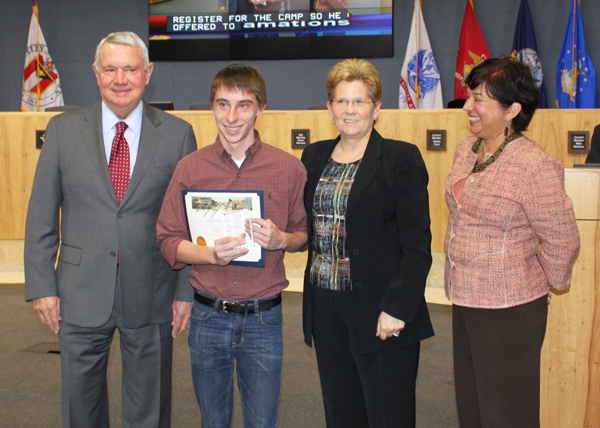 The George Washington Carver Museum and Cultural Center would also like to recognize William Brown.  William is a junior at Westlake High School.  He came to the George Washington Carver Museum because he had heard about the Carver’s Broadway Bound Performing Arts Camp.  William was too old to register for the camp, so he offered to voluntarily design the lights.  William spends at least 20 hours a week for six weeks at the museum designing, hanging, circuiting, gelling and running the lights for the show.  He is a bright young man who offered his talent and time freely. Thank you William, for your generous spirit and hard work.  We really appreciate you!

On behalf of The Beverly S. Sheffield Zilker Hillside Theater 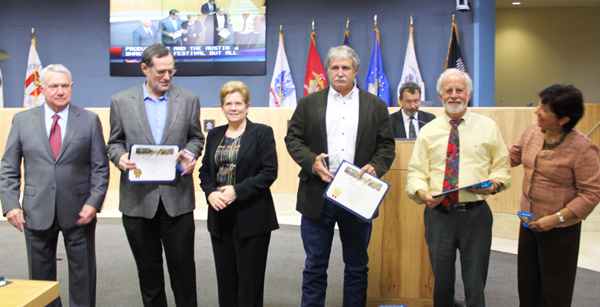 The History, Art and Nature Division of the Austin Parks and Recreation Department would also like to recognize John Faulk, Mac Ragsdale and David Malish.  These three gentlemen made generous donations of time and other resources in the renovation of the backstage area of the Zilker Hillside Theater.  Thanks to these gentlemen and the businesses they represent, the Zilker Hillside Theater’s backstage area has been increased by roughly twice the space that it used to be.  The foundations for a green room, offices and rehearsal rooms backstage have been laid and extensive storage under the stage has been created.  This improvement will serve not only the Beverly S. Sheffield Zilker Hillside Theater’s co-sponsored groups: Zilker Theater Productions and the Austin Shakespeare Festival, but also all of the Theater’s many renters.  Thank you very much.

The History, Art and Nature Division of the Austin Parks and Recreation Department would like to recognize Flintco LLC represented by John A. Martin, Mike Hutter, Peter Narvarte and Mark Pearce.  Flintco was instrumental in the development of the backstage renovation of the Beverly S. Sheffield Zilker Hillside Theater in Zilker Park.  Their good work will ensure high quality programming on a grander scale for many years to come.  The citizens of Austin will find a bigger and better environment both onstage, backstage and in the audience as a result of Flintco’s generosity.  This will allow the Hillside Theater’s Co-sponsors and renters to attempt more challenging productions which will result in a better quality and more engaging experience for all of Austin’s citizens when they attend the Beverly S. Sheffield Zilker Hillside Theater.  Thank you to one and all. This was a marvelous example of a public private partnership that will benefit Austin for literally years to come.  We would like to extend our sincere thanks to everyone involved for your vision, your expertise and your commitment to Austin.  Thank you.

On behalf of The O. Henry Museum 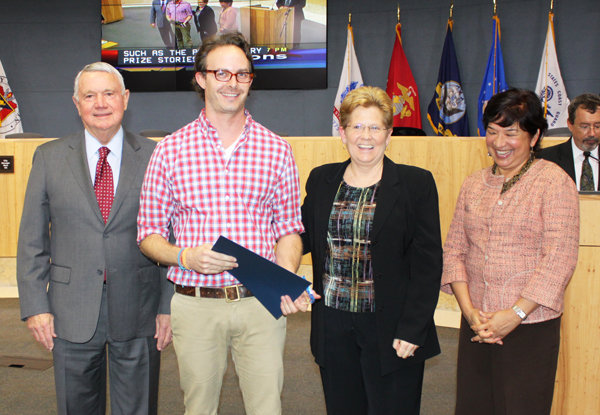 On behalf of The Zilker Botanical Garden 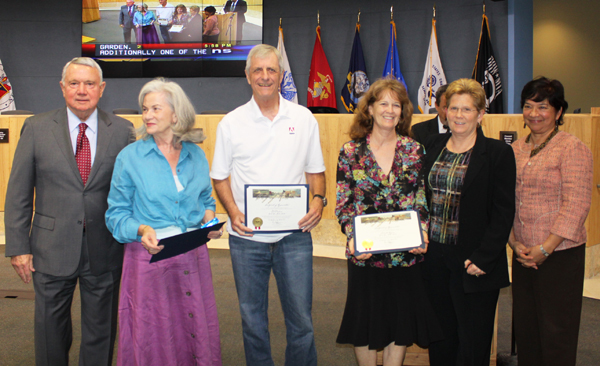 The Zilker Botanical Garden would like to honor the Austin Area Garden Council for their significant contributions to the improvement of the botanical garden.  Joining us were Garden Center President Donna Freidenreich, Ed Parker, project coordinator for the Taniguchi Japanese Garden, Christie Rogers, project coordinator for the Woodland Fern bed and Mark Berthiaume.  In particular, “AAGC” contributed significant infrastructure improvements to the pond system in and around the Taniguchi Japanese Garden.  This saves water and enhances the appearance of the tranquil Japanese-inspired garden.  Additionally, one of the AAGC member garden clubs, The Garden Club of Austin, contributed a new Woodland Fern Bed, first, by clearing invasive species, then by installing a stream bed, irrigation and a variety of ferns for this new public exhibit.  The Parks and Recreation Department extends our most sincere appreciation for the Austin Area Garden Center’s creativity, work, and contribution to improve the experience for citizens and visitors to the Zilker Botanical Garden. 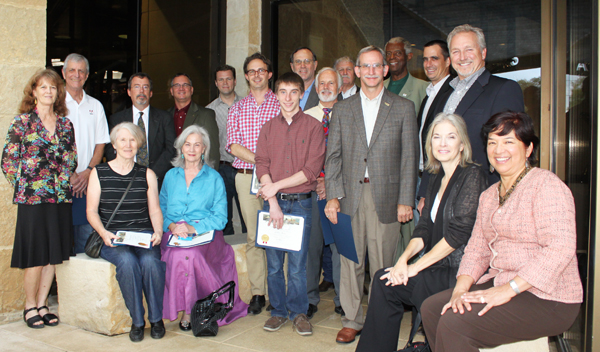 For information on any of our Museum, Cultural Centers and Nature & Science Centers, please see our blog.