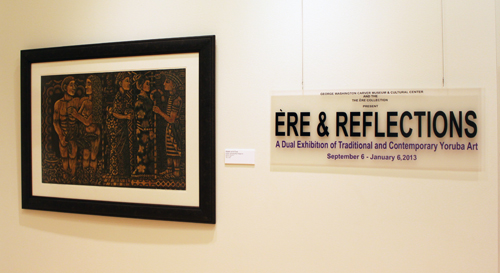 ÈRE is a Yoruba term that means “sculpture” or “statuary”. More precisely, as used in the title of this exhibition, ÈRE encapsulates the art genre of the Yoruba Master Carvers and summarizes the plurality of Yoruba statuary as secular, utilitarian, architectural, and spiritual. The transcendental import of its duality as sacred object and spirit signify the physical manifestation of a Yoruba worldview. 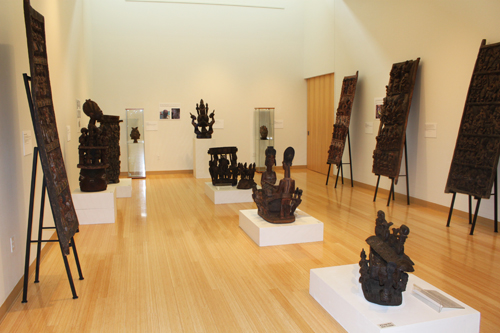 ÉRE, the core of this two-part exhibition entails outstanding sculptures by three globally renowned Yoruba master carvers: Olowe of Ise (1875-1938), Dada Areogun of Osi-IIorin (1880-1954), and Bamgboye ofOdo-Owa (1893-1978). These artists were mostly commissioned by Yoruba royalty, religious organizations, and wealthy patrons to produce household and religious objects, such as doors, veranda posts, and ceremonial carvings. Their aesthetic expressions are predicated on the traditional Yoruba concept of beautification known as oju-ona. Oju-ona signifies adornment of surfaces with traditional Yoruba motifs, patterns, and symbols.

Emphasis on elaborate surface embellishment and elegant geometric forms are distinguishing characteristics of Yoruba carving. The masterworks shown in ÉRE are analogous to poetry in their dynamic composition, rhythm, and harmony.

Featured Master Carvers of Traditional Yoruba Art now on exhibit are: Olowe of Ise, Dada Areogun, and Bamgboye of Odo-Owa. 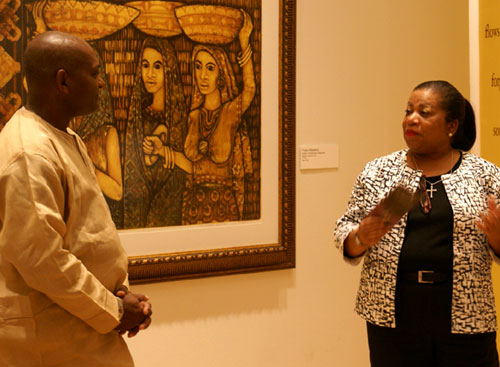 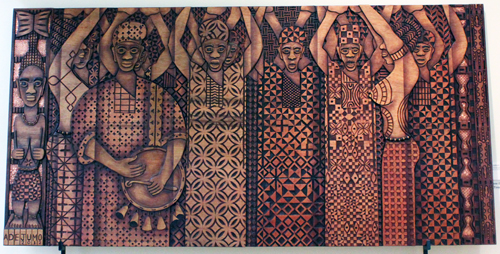 REFLECTIONS, features the art of Christopher Olubunmi Adejumo, Ph.D., whose artwork is mostly influenced by his experience and knowledge of traditional Yoruba art, including an early apprenticeship in Yoruba woodcarving. The highly textured surface and profuse use of traditional Yoruba patterns and symbols in his oeuvre, especially in his low-relief sculpture, is reminiscent of the stylistic approach of the Yoruba masterworks of Olowe, Areogun, and Bamgboye. 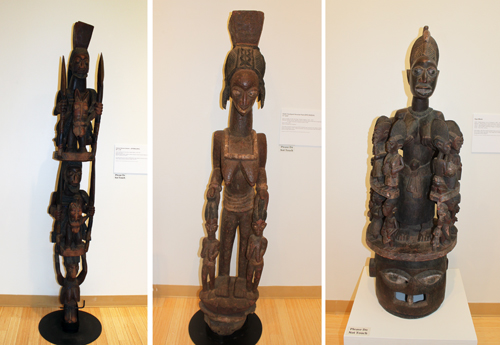 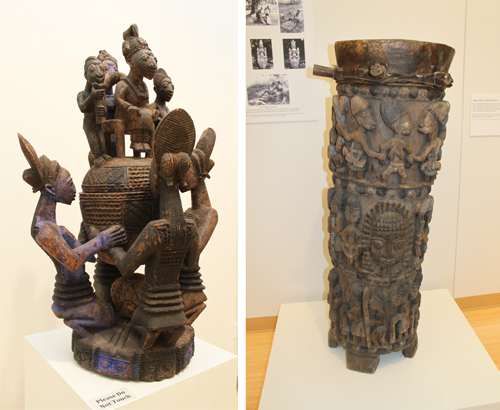 Traditional Yoruba Art now on exhibit with pieces by: Olowe of Ise, Dada Areogun, and Bamgboye of Odo-Owa. 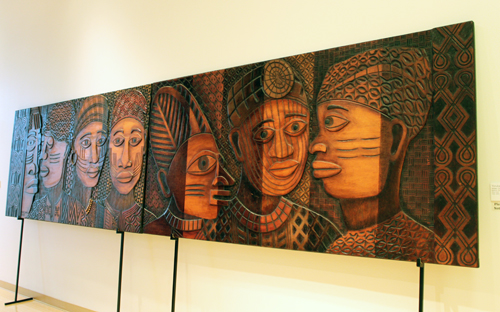 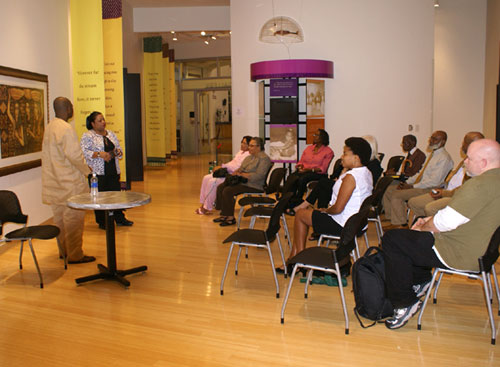 Photos from our Artist's Talk, held on Sept. 13th, 2012.  Contemporary Yoruba Artist Christopher Olubunmi Adejumo, Ph.D. discussed his work,shown above.  The artist dedicates this exhibit to the participants in the Greater Tomorrow Youth Art Program.