When EMS Captain Randy Trinkle was tragically killed in a motor vehicle collision on the morning of December 1st 2012, it was a shock to everyone.   Two days prior Captain Trinkle and a team of Special Operations medics had competed in the annual Urban Shield Exercise with teams from AFD,  Dallas Fire, San Antonio, and as far away as New Orleans Fire Dept.   After the competition, the teams shared pizza and laughs together.  Someone suggested they take a group picture to remember the day, but sadly the picture was never taken.

On the night of December 1st Captain Trinkle’s friends came together at Station 17 to grieve the loss of their dear friend and coworker.  Randy loved Station 17, it was his Special Operations home.  That night everyone realized the station did not have a flagpole to lower to half-mast.  Lowering a flag to half-mast when someone passes away is a symbol of honor and sacrifice.  It also shows support, grief, as well as unity.

The idea to build a flagpole at Station 17 was born that night out of love and respect for Captain Trinkle.  “The process for submitting the request and gaining approval for the flagpole was complicated, and we didn’t know how we were going to raise the money for the project, we just knew we had to do it” said Spec Ops team member and Randy’s friend, Medic Dean Aarniokoski.

Dean says “We started by sending an email to Randy’s Specs Ops family, and that was all it took.  Things started to move”.  A team assembled and Dean volunteered to lead the project.  Medics Mike Saia and Michael Kittok came up with a creative way to raise money for the project by making decks of playing cards with photos of all the Spec Ops teammates.  They offered the playing cards for sale to anybody who wanted to purchase them and donated the proceeds to the flagpole fund.

“While Mike and Michael sold the playing cards I focused on getting the service quotes for the labor and materials” Dean says.  EMS Commander Scott Lindsey offered to help with the City’s approval process by submitting the appropriate paperwork and quotes.  “Although we had the moral support from some key members of the Department including our Special Operations Division Chief Mikel Kane, we didn’t know how long the process for approval would take” Dean stated, “A few months passed and we started to get discouraged.”  Then one day, Commander Lindsley announced that Chief Rodriguez had approved the flagpole and the City of Austin had signed off on the project.  They finally had the green light!

The team agreed on a 20’ flagpole and contacted Texas Gas to come out and mark the spot for its placement in front of Station 17.“The next phase of the project truly touched me” Dean says, “We had a big portion of the money we needed thanks to Saia and Kittok, but in all honesty we were still a little short.”   Dean says he told himself “I’m not going to let Randy down so I’m just going to make up the difference.”  However, when Dean’s friends heard that he was planning on making up the difference with his own money, Medic Arista Blouin said, “No way, watch what happens!”   Arista sent an email to the team letting them know that they were still a little short of the goal, and anyone who wanted to chip in could still make a donation towards the flagpole project.

“It was like a Jerry Lewis telethon!” Dean says, “Emails and donations came pouring in from teammates in Rescue and Tactical”.  In a matter of days, the team had more than enough funds to pay for the flag, the pole and all of the supplies.  There was even a little left over to create a Spec Ops team flag.

Now they could begin the process of building the flagpole!  One more email was sent asking for help with the labor, and once again there was no shortage of volunteers.   Captain Mark Hawkins used his truck; he and Dean delivered the pole and supplies to Station 17. Commander Janelle Boone led the ground breaking by digging a 3’ foot hole through tough limestone.   Medics Michael Kittok, Walter Finch, Josh Todd, Craig Smith and Lee Nudelman took turns hammering on the limestone with a “rock bar” tool.  When the hole was finally finished and the concrete poured, the team used the technology of an IPHONE app to level the surface.

A few days later, Mike Kittok, Kevin Harner, Dean Aarniokoski and a few other volunteers poured the concrete base.  Mike Kittok and the Norton Tool rep cut and measured the base and Kevin Harner and Jason Akers used a “pie cutter” to smooth it.  Finally, the flagpole was raised and Station 17 had its tribute to Randy.  EMS Captains Ken Larsen, Craig Smith and a few others are creating a plaque for Captain Trinkle and they hope to dedicate the flagpole on December 1, 2013.

Captain Trinkle served this community for many years and was a positive influence to his coworkers and teammates.   He was a friend to all who knew him and his loss was hard on everyone in the department.  Dean tells us “Randy loved his career as we all do.  Our hope is when the years pass and we are all gone, the flagpole and plaque will serve as a symbol of how much Captain Trinkle meant to all of us.  The tragedy of his death is a moment in our lives we will never forget.”   He adds, “The flagpole is also a reminder of how a group of people came together and made this possible. It was an extraordinary effort by everyone involved and as a team we are proud of our accomplishment.”

View the photo gallery for the Station 17 Flagpole Project 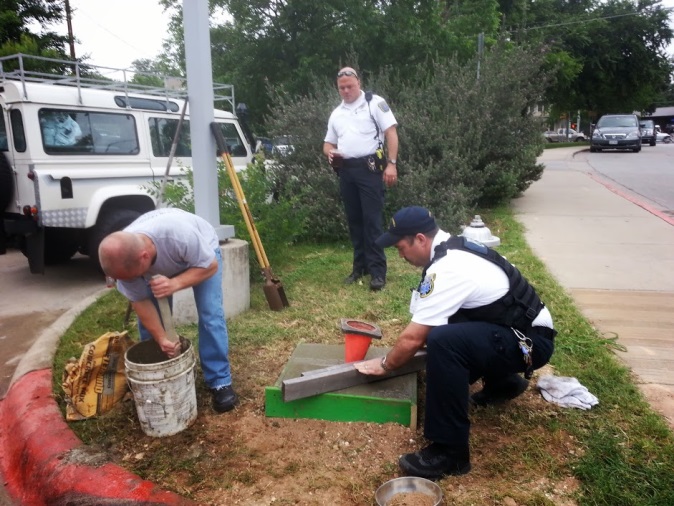 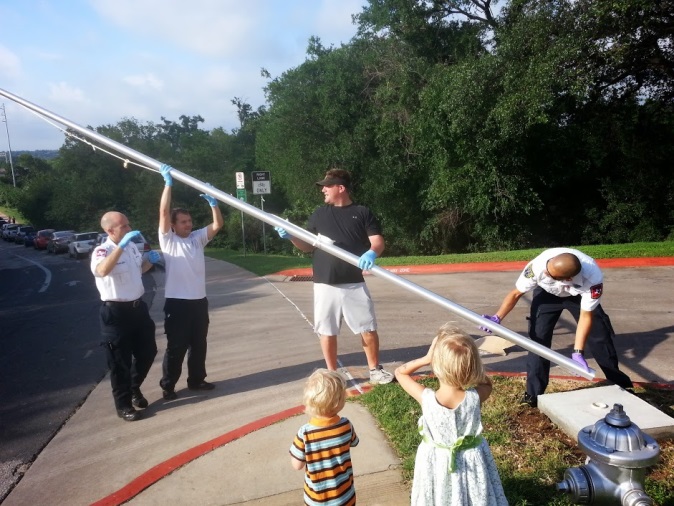 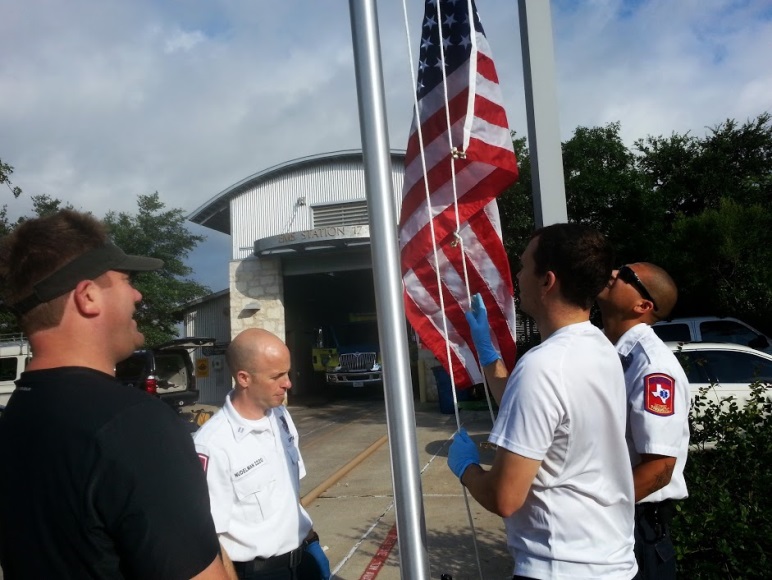