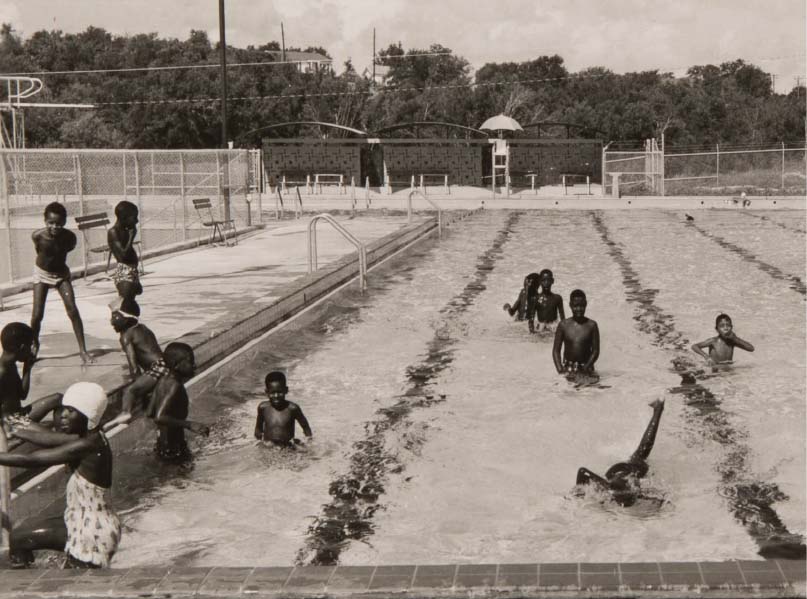 Givens District Park will host a Festival of Recognition and Remembrance on Saturday, September 17 at 5 p.m. at the Givens Recreation Center, 3811 E. 12th St. The celebration will commemorate the rich history of the park and kick off the construction phase of the new pool and historic bathhouse rehabilitation, a project funded by a 2018 General Obligation bond. This family-friendly event will begin with the dedication of the Texas Recreation and Park Society’s Lone Star Legacy Award from the Texas Recreation and Park Society. Other activities include a food truck competition, water games, and a showing of the movie Luca beginning at 7 p.m.

The Lone Star Legacy designation is one of the highest honors that can be given to a Texas park. Lone Star Legacy parks have withstood the test of time to become iconic symbols of their community. After 14-acre Rosewood Neighborhood Park opened as the first and only segregated public park for Black Austinites to use in 1929, many in the community soon began advocating for a bigger park, a district park, to accommodate the large numbers of people utilizing the municipal space. Finally, in the summer of 1959, Givens District Park opened to the public as the second segregated public park in Austin, which was a huge victory for East Austin. The park quickly became a hot spot for African Americans in Austin; the traditions that started in the park became beloved and many have lasted throughout the years, such as the car culture, youth sports, and celebrating holidays.

“We are celebrating the legacy of and saying goodbye to the Givens Pool that has served this community for over 50 years,” said Chauncey Allen Patterson, Programming Supervisor at Givens Rec Center. “In doing so, we make way for a new, modern facility for East Austinites. This place is more than a pool, it is a part of the storied history of the Eastside and the home of memories made in this community that span multiple generations.”