The Austin Parks and Recreation Department’s Brush Square Museums, in collaboration with the Brush Square Museums Foundation, presents the 45th Annual O. Henry Museum Pun Off World Championships on October 8 from 11:00 a.m. to 6:00 p.m., an internationally renowned spoken word competition focused on the art of the pun. Usually held behind the O. Henry Museum, this year it will temporarily be hosted at the City of Austin’s Emma S. Barrientos Mexican American Cultural Center, 600 River Street, while Brush Square is under renovation.

Participants may register at: punoff.com

Championship Coordinator David Guggenheim states, “for the record, we’ve been ‘round 45 years, and it's been virtually two since punsters have grooved, live and in person, for the O. Henry Museum Pun Off World Championships. But the tables have turned, and we're coming back in style—us, and maybe you, too! First, we'll get in the groove during Punniest of Show, when contestants will deliver a prepared monologue (in full stereo). The punster who soars to the top of the charts will be declared Punniest of Show! Then, we'll fade out the afternoon with Punslingers, where contestants will go round and round with each other to see who has the best puns up their sleeve. The winner of the vinyl round will be labeled the World Champion Punslinger!”

The 45rpm vinyl record is this year’s competition logo and theme. 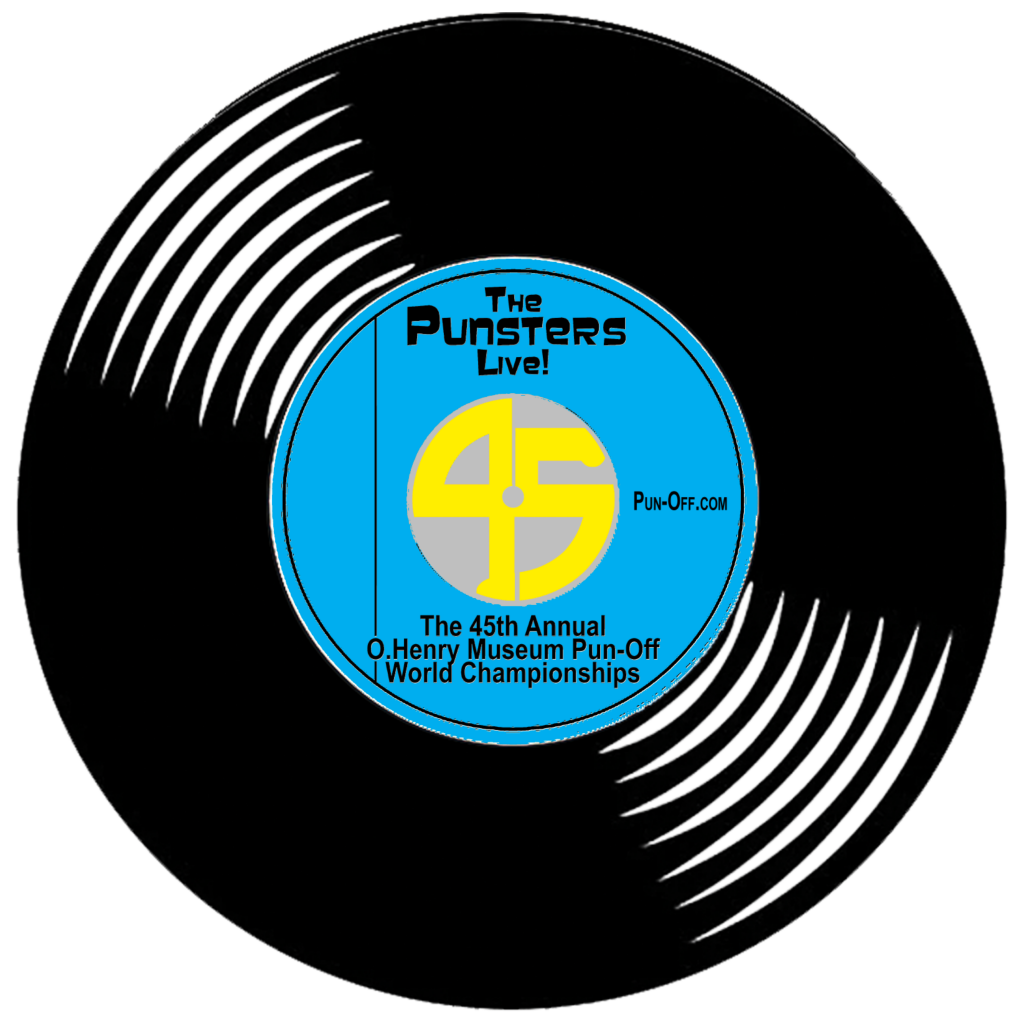