Who could imagine Austin without trees?

The City plants many thousands of trees each year, through a variety of goal-specific programs.  The Urban Forestry Program facilitated the planting of over 10,000 trees during the 2012-13 planting season, which runs from October to March.  Due to the drought, many were very small trees, which have small water needs.  Some 3,000 of those new trees helped to green Austin parks, right-of-way areas on streets, and in preserves.  Over 6,000 tree-plantings annually are funded by Austin Energy, through its NeighborWoods and Large Shade Tree programs, both of which provide free trees to Austin residents to help cut energy use.  Watershed Protection, with the Parks & Recreation Department, planted nearly 7,500 seedlings in 2012-13 in creekside Grow Zones.  The Planning & Development Review, Public Works, and Transportation Departments also oversaw the planting of hundreds of native shade trees along Great Streets and other major corridors.

All of the City’s combined tree-love is helping to keep Austin leafy and green.  “Twelve years ago, what’s now the Second Street District was a no-man’s land,” says Humberto Rey, Manager of the Great Streets program for the City’s Urban Design division. “Today it’s the most successful corridor Downtown; it’s been great for economic development.  The trees along both sides of the street are a huge part of what the Second Street District is today – and now we are working to replicate that success throughout Downtown.”

As our big, green city develops and grows, we all want our urban forest to keep pace.  Among the features earning Austin national accolades for its urban forest are City rules requiring that developers preserve, plant and replace trees, as well as provide for their ongoing care.  In addition, hundreds of other tree plantings on private property (redevelopment sites) are overseen annually by the City Arborist, Michael Embesi.  As new and infill redevelopment occurs, these requirements ensure that new projects do their part to beautify the city, shade sidewalks to encourage walking, and plant the next generation of our tree canopy – all essential to Austin’s sense of place.

Find out more about the sustainability initiatives being tracked as part of the Sustainability Action Agenda and decide how you will take action to secure a bright, green future for Austin. 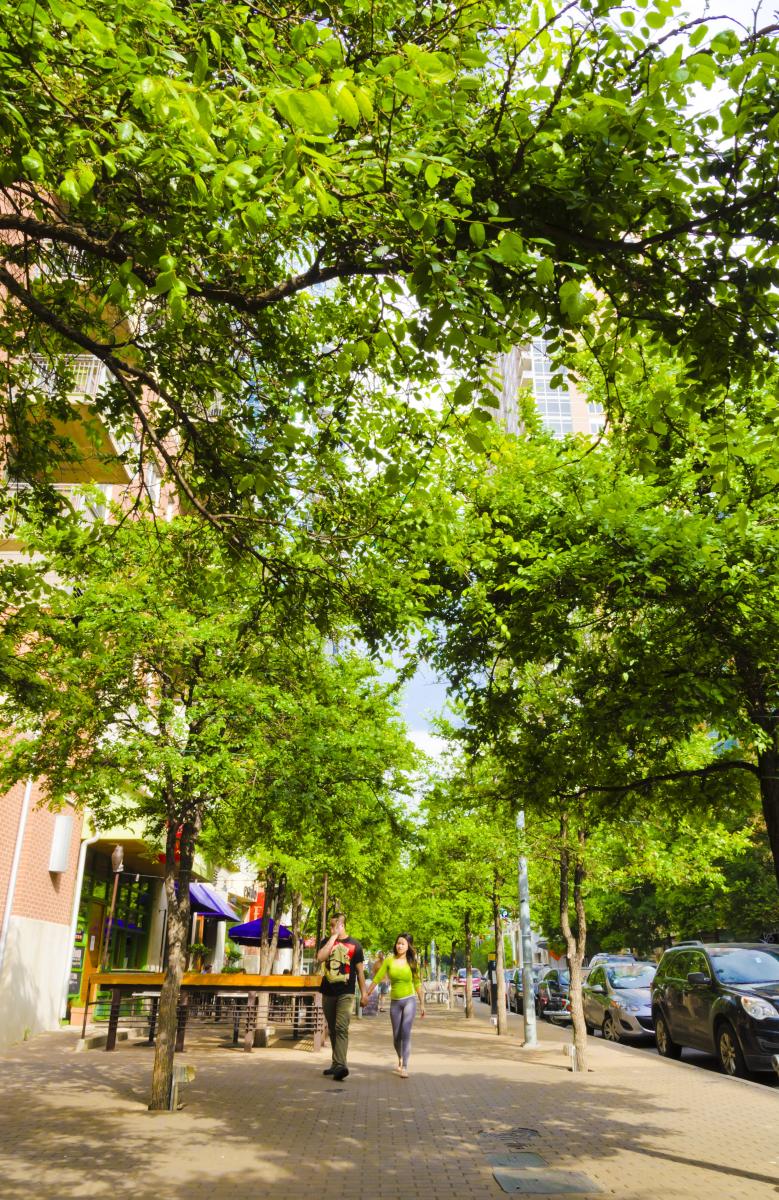