Rail transit is a powerful tool for stimulating “compact and connected” redevelopment.  Urban Rail – planned as Austin’s “Central Corridor” segment within a regional Project Connect transit system – would have just that effect, according to a joint study by the City of Austin and the University of Texas at Austin. The study projects that the value of new development in areas served by urban rail could exceed $31 billion by 2030 with the contemplated rail investment.

By 2020, the City would reap about $54 million/ year in increased property tax revenues, the study found; by 2030, that figure is estimated at $109 million/year. New development or redevelopment near transit stations – allowing people to live, work, and shop nearby – would help to eliminate 25,000 daily commuter car trips, reduce parking demand by 17%, and help support 58,000 new jobs, according to the study. 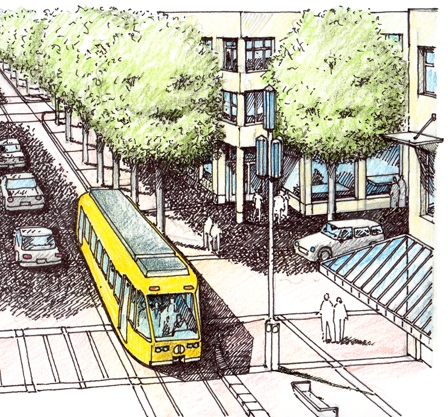