Awards and Honors Received by the Department of Aviation 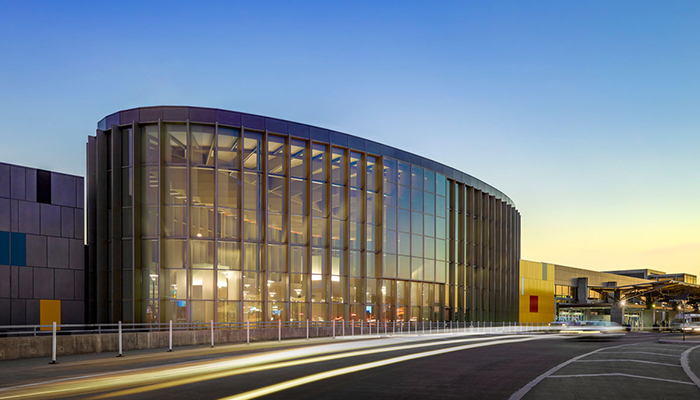 2019:  ACI-NA and WSP awarded AUS the Certificate of Airport Carbon Accreditation in recognition of the airport’s actions to manage and reduce its CO2 emissions, as part of the Global airport industry’s response to the challenge of Climate Change.

March 2018: “Airport with Best Program Design, Medium Airport Division” from Airport Revenue News (ARN) at ARN 2018 Revenue Conference & Exhibition in Orlando. The “Best Program Design” award recognizes this Airport as featuring an engaging and visually stunning environment, that exceptionally blends flow and function with a design that distinguishes it from all others. https://www.airportrevenuenews.com/

March 2018: “Airport with the Best Customer Service, Medium Airport Division” from Airport Revenue News (ARN) at ARN 2018 Revenue Conference & Exhibition in Orlando.  This award recognizes the airport for its focus on creating a culture of customer service through its efforts in training staff, communicating initiatives to its tenants, and maintaining adherence to its mission. https://www.airportrevenuenews.com/

May 2017: Overall Winner Austin Business Journal’s 2017 Commercial Real Estate Awards was presented to the Terminal East Infill at Austin-Bergstrom International Airport. The Terminal East Infill contains the Customs area on the lower level and the upper level passenger screening checkpoint connects the east ticket lobby to the concourse at Gate 5.

April 2017 : “Thank You for Going Above and Beyond” from Allegiant Airlines awarded to Austin-Bergstrom International Airport at the 2017 Allegiant Airport Conference for the South Terminal

February 2016: The 2015 Outstanding Construction Award of the Associated General Contractors, Austin Chapter was presented to the Austin-Bergstrom International Airport’s new rental car facility in the "Building over $75 million" category.

October 2016: Both the Rental Car Facility and the East Infill Projects at the Austin-Bergstrom International Airport won awards of merits from Engineering News-Record’s Best Projects in the Texas and Louisiana.

June 2016: Uplifted Ground by Michael Singer Studio, the suspended earth-toned elements and artwork that is located between the plaza of the ABIA Car Rental Facility and the pedestrian walkway, was recognized as compelling work in the field of public art a by Americans for the Arts for Public Art Network Year in Review.

August 2012: Ranked #1 by respondents of Austin Citizen Survey on the public's satisfaction with quality of airport services for the fourth consecutive year.

February 2012: For the sixth consecutive year, Austin-Bergstrom International Airport was highly ranked for customer service. Austin’s airport ranked fourth among airports in North America, regardless of size, by Airport Council International’s (ACI) 2011 Airport Service Quality (ASQ) passenger survey. The Airport Service Quality Survey rankings were based on the results of over 300,000 questionnaires completed by passengers at 225 airports worldwide and capture the passengers’ perception of the quality of more than 30 aspects of service. The survey is performed monthly.

November 2011: The first Airport Council International’s Director General’s Roll of Excellence launched to honor new heights in customer service and inducted Austin-Bergstrom International Airport. The Director General’s Roll of Excellence recognizes airports that have ranked among the top five in Airport Service Quality (ASQ) for five consecutive years. Only 14 airports in the world have received this recognition.