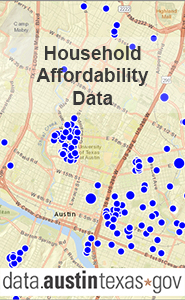 Austinites approved two General Obligation Bonds referenda in 2006 and 2013 to preserve and construct ownership and rental units, and rehabilitate existing homes to ensure they are safely up to code and absent of barriers that hinder self-sufficiency.

Austin's 2013 Affordable Housing Bond of $65 million leveraged $436,101,913 in outside funding (a 7:1 ratio) and resulted in 2,486 affordable units.  More than half of the funding acquired land for home construction and preserved housing for low- to-moderate income households.  Roughly 20 percent of funds assisted first-time homebuyers and supported homeowner repair programs to serve low-income seniors, persons with mobility impairments, children who were abused or neglected, and persons with mental illness.

Check out the list of 2013 Bond Funded Developments and Programs.

The 2006 Affordable Housing Bond provided $55 million for more than 2,569 affordable units for rental and homeownership. These funds leveraged an additional $206.5 million in outside funding (a nearly 4:1 return on investment ratio).  Nearly 40 percent of the bonds were used to create or retain housing for persons with low-wage jobs, disabilities, or who might otherwise be homeless.  Roughly 25 percent of the funding went to first-time homebuyer and homeowner repair programs.  The remaining 35 percent served low-income seniors, persons with mobility impairments, children who were abused or neglected, and persons with mental illness.