In June, 2014 the City Council passed Resolution No. 20140612-060 to initiate the master planning process for Lamar Beach at Town Lake Metro Park. 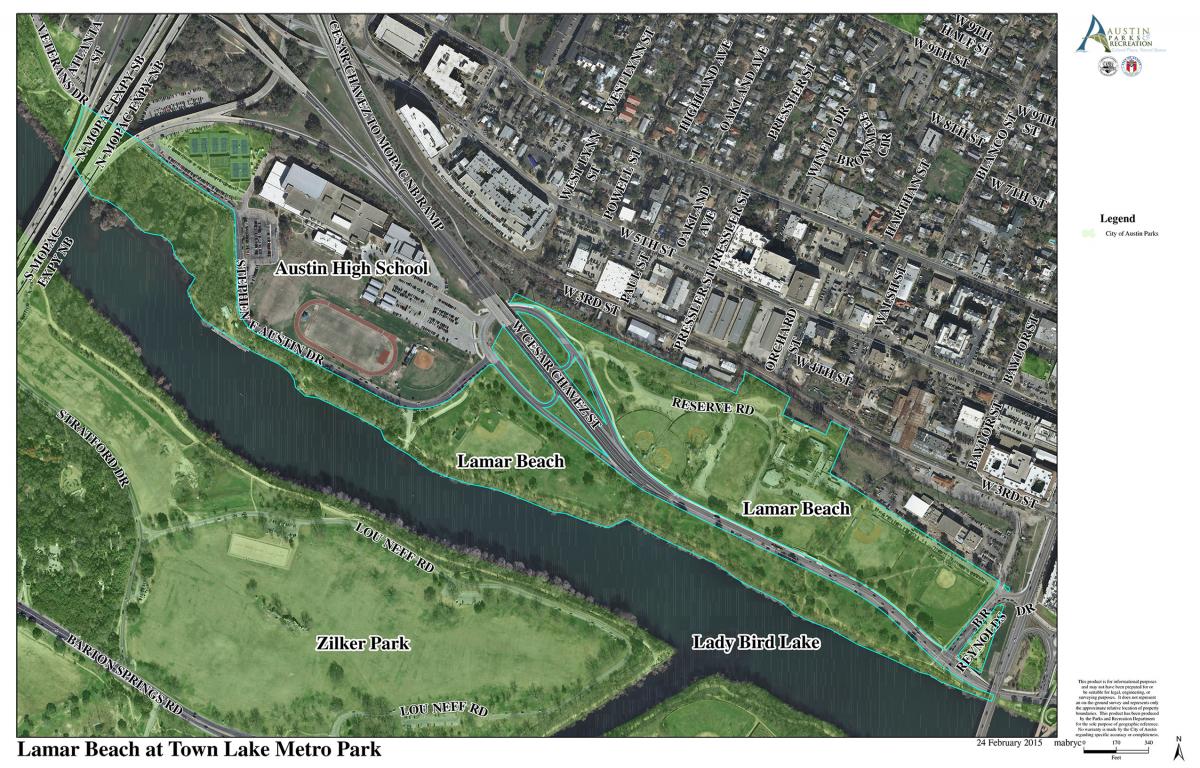 * Please note: In 2020, PARD shifted from using the term "master plan" to describe all planning projects to other phrases that were more descriptive and could be used to identify the level of the planning process. For more information, please visit the Project Terms and Definitions webpage.