"Ay No!" a one-person play by Alex Garza

The place is Hebbronville, Texas. It is a small, quiet South Texas town, seemingly in the middle of nowhere. Little does anyone know, however, what lies in store for the town's tiny population. Jamie De Los Santos returns to his hometown after being away for several years. He attempts to make a documentary about the place where he grew up, but ran away from so quickly. He wants to understand what makes the town and the culture and the people so special. As he begins to interview his family and the quirky inhabitants of Hebbronville, the town faces a potential disaster from the sky. The impending doom causes Jaime to gain a better appreciation of where he came from, and if everyone can survive, it just might bring the town together. Join Alex Garza, in this wacky one-person show, as he plays Jamie and a crazy, but sweet, cast of characters. A fun show for everyone!

About the Writer & Performer:
Alex Garza lives in Austin, Texas and has been writing and performing his own plays for several years. Garza is a B. Iden Payne Award winner who has performed professionally with several theatre companies in the Austin area, including Pollyanna Theatre Company, Second Youth Theatre Company, and Zachary Scott Theatre's Project Interact. He has performed his own one-person plays across south and central Texas, and he performed his holiday play, "Abuelita's Christmas Carol" at the Santa Monica Playhouse in California. He enjoys creating work for wide ranges of audiences. He is happy to be returning to the MACC to perform his new comedy "Ay No!" 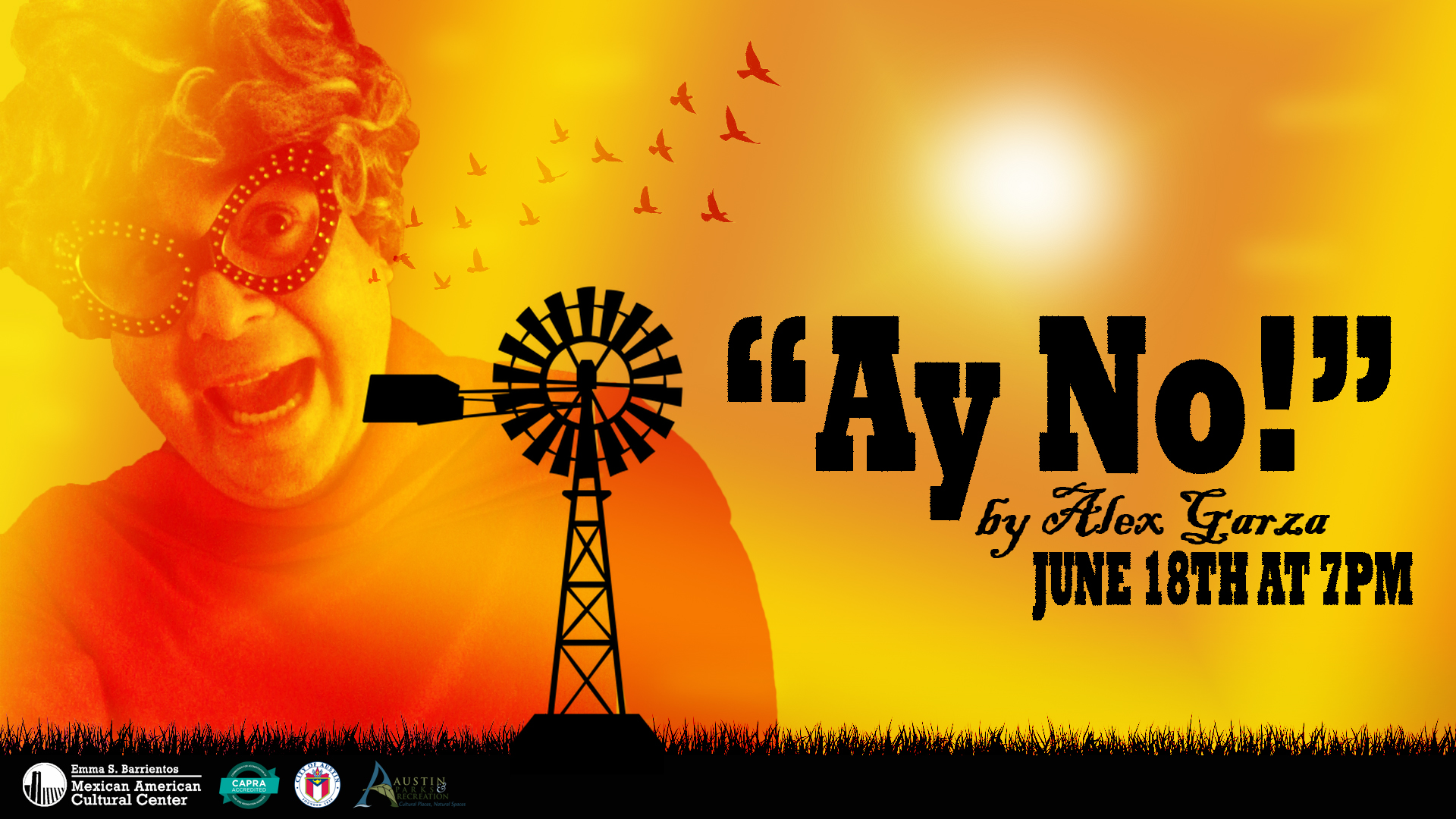