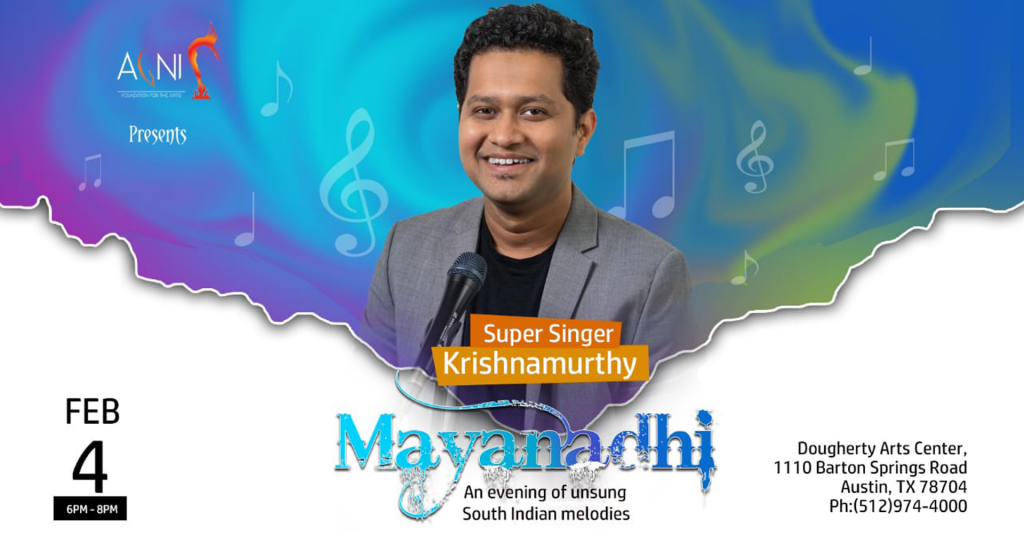 Krishnamurthy is an award-winning Carnatic trained* South Indian playback singer. He started singing at the age of 7 and has given over 1000 concerts across the globe. He has sung in many Indian languages (Tamil Telugu and Malayalam), has won the Indian reality show Vijay TV’s Super Singer Season 1, has scored music for several TV commercials and composed a devotional album in 2008 called “Samarpanam”.