The Austin Police Department (APD) Aggravated Assault Unit is investigating an incident in which a suspect, pictured and described below, who was breaking into a vehicle pointed a weapon at a citizen trying to stop him.

At approximately 1:47 a.m. on April 20, 2021, a resident at the apartment complex located at 2011 E. 6th Street received a notification about movement outside his building. He saw the suspect breaking into a vehicle he knew belonged to someone else and went outside to confront him. During the exchange, the suspect produced a handgun and pointed it at the victim.

The entire exchange was captured on video surveillance. 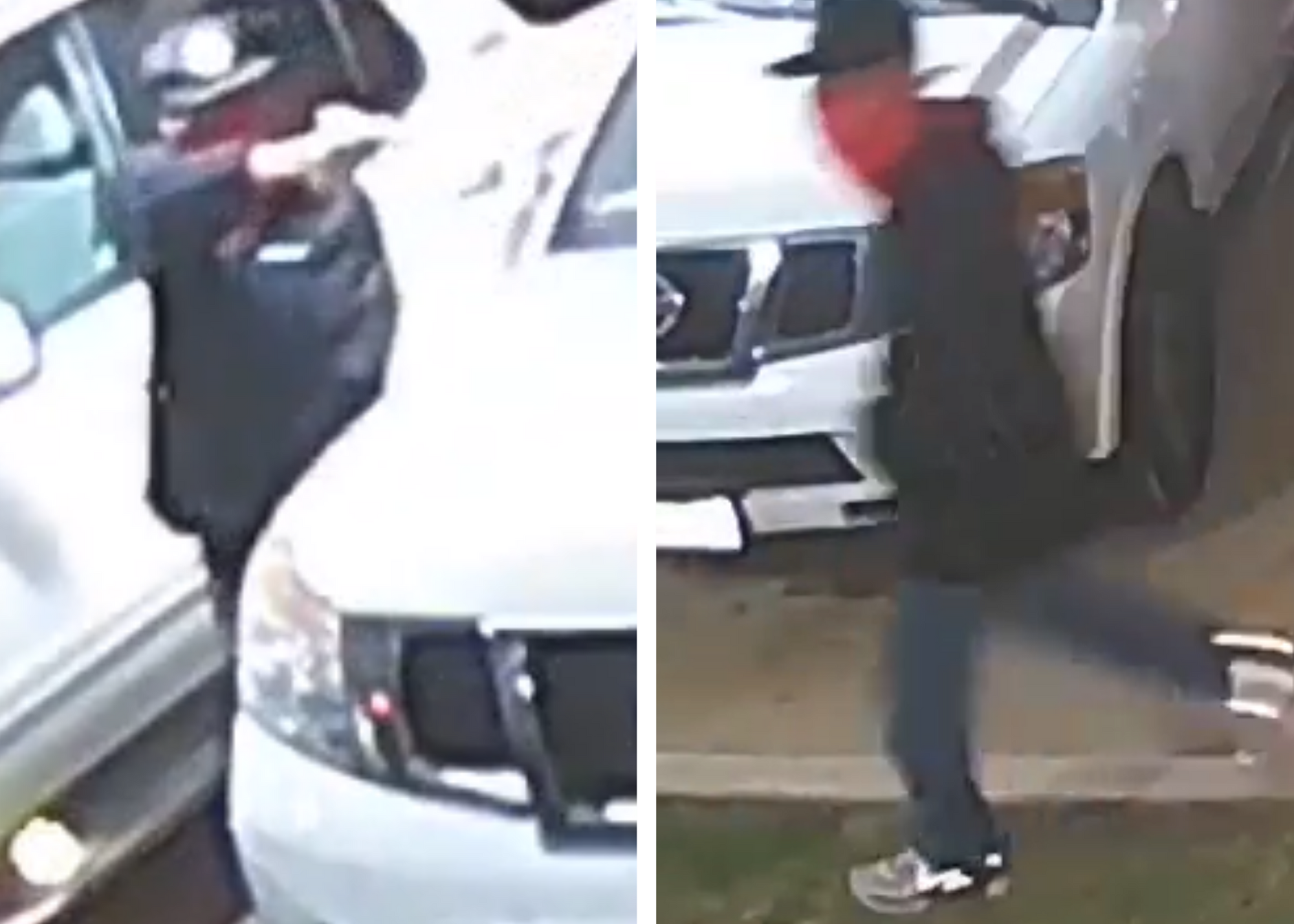 Detectives are asking anyone with information about this incident to call the APD Aggravated Assault Unit at 512-974-5245, Crime Stoppers at 512-472-8477 (TIPS), or use the Crime Stoppers app. You may remain anonymous. Information leading to an arrest may be eligible for a $1,000 reward.