On Thursday, August 11th, 2022, at approximately 2:22 p.m., Austin Police Department (APD) officers responded to a call regarding a robbery at the Chase Bank located in the 1700 block of W Parmer Ln. According to a witness, an ATM technician was working on an ATM when two male suspects exited a vehicle and ran immediately towards the ATM and the technician. A third person remained in the vehicle driver's seat.

The suspects threatened the technician and then stole cassettes out of the machine containing a large sum of cash. The suspects took the money and returned it to their vehicle before driving away at a high rate of speed.

A witness described the suspects as: 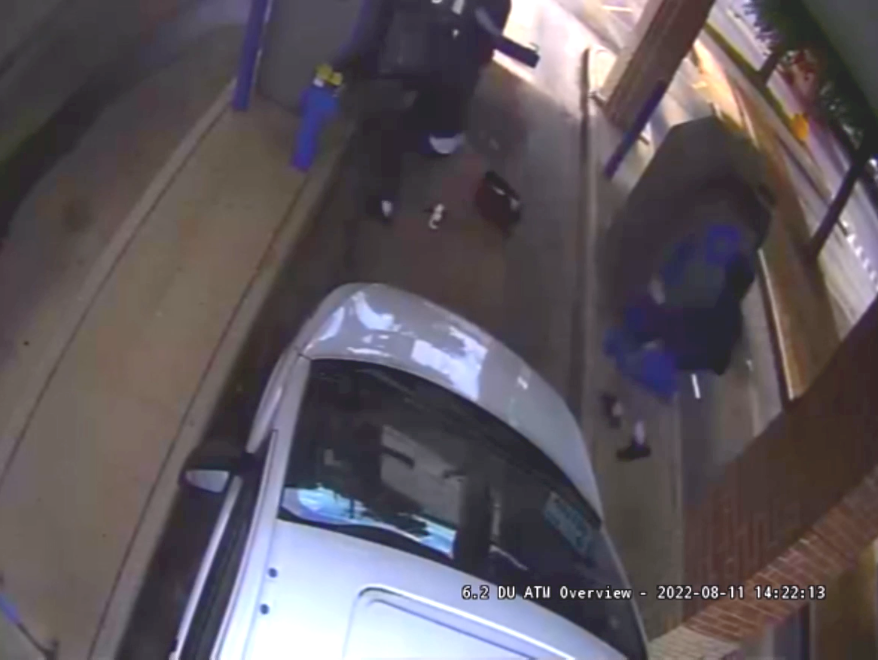 The suspect’s vehicle is described as:

Anyone with information about this incident is asked to call the APD Robbery tip line at (512) 974-5092. Also, tipsters eligible for a REWARD by calling Crime Stoppers at 512-472-TIPS or using the new Crime Stoppers App.