The Austin Police Department's Aggravated Assault Unit needs the public's help locating a man wanted for Aggravated Assault with a Deadly Weapon. On June 14th, 2022, APD responded to a disturbance at a Capital Metro Bus Stop, located on the property of Walmart in the 1000 block of Norwood Park Blvd.

The victim stated that he was aboard a Capital Metro bus when an unknown man targeted him. The suspect made inappropriate and derogatory comments directed at the victim throughout the bus ride. When the bus arrived at Norwood Park, the suspect approached the victim with an edged weapon, made derogatory comments again, and hit the victim in the face with his hand. After the assault, the suspect got off the bus and began walking toward a Goodwill store near Clock Tower Drive. The victim was not hurt during the incident.

Surveillance photos show the suspect as a black male, medium build, short hair, and long chin hair. The suspect was seen wearing a white t-shirt with what appears to be a self-written print, blue jean shorts, black tennis shoes, and a small, black, and gray backpack.

Anyone with information about this incident, such as the man's identity or other violent crime, is asked to call the APD Aggravated Assault Unit at (512) 974-5245, Crime Stoppers at 512-472-TIPS, or use the new Crime Stoppers App. You can also submit tips by downloading APD's mobile app, Austin PD, for free on iPhone and Android. Crime Stoppers offers up to a $1,000 reward for information that leads to an arrest. 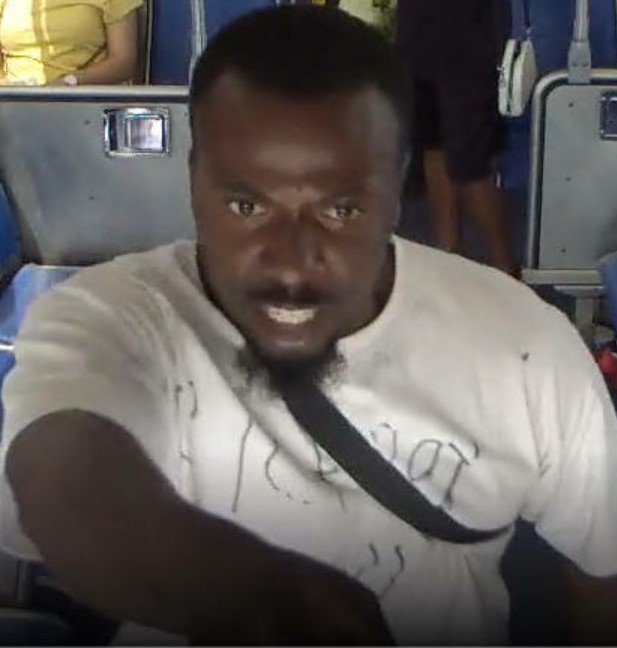 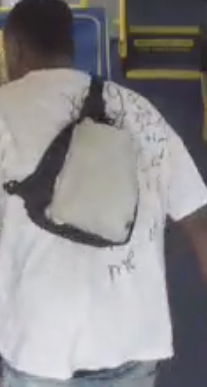