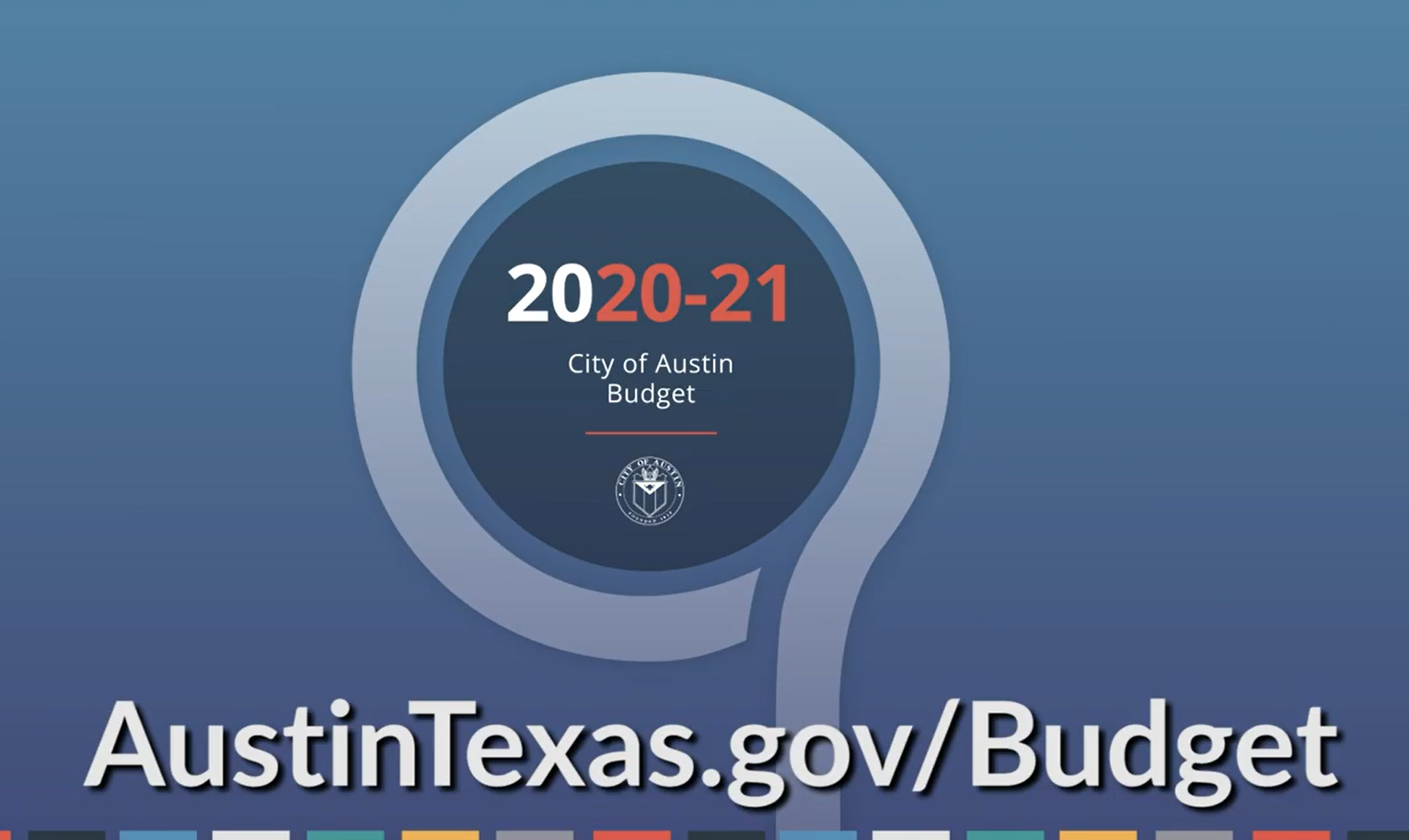 The Austin City Council has adopted a fiscal year 2020-2021 Budget.

The all-funds budget, which includes enterprise departments as well as the core services provided by the General Fund, totals $4.2 billion – the same size as last year’s – and adjusts to new fiscal constraints and community expectations, with focused investments in core programs and City infrastructure.

The General Fund budget is $1.1 billion and the Capital Budget includes $1.2 billion in planned spending.

Council moved to introduce changes to public safety in Austin, building on the initial steps set out in the City Manager’s proposed budget last month to reallocate Police funding to health, housing, and critical social services.

The adopted budget will:

Council approved a total APD budget of about $290 million – down from the $434 million earmarked in the proposed budget – and directed the City Manager to return to Council no later than March 2021 to amend the public safety budget following public engagement.

The approved budget ensures the City continues investing in key Council priorities and implementing the Council-approved COVID-19 spending framework to support Austin families and businesses, while remaining consistent with responsible budgeting practices that have enabled the City to mitigate the impacts of anticipated revenue losses caused by the pandemic.

“In just a few short weeks the City and Council have worked together to come up with solutions to the challenges we face as a community,” said City Manager Spencer Cronk. “This budget takes us forward as a city, but I’ve also been clear we'll have to come back and make adjustments, not only because of the COVID-19 pandemic, but because of our desire to truly reimagine public safety.”

The approved budget assumes a property tax rate of 53.35 cents per $100 of taxable value. That comprises a rate of 44.60 cents for City operations – an increase of 0.29 cents from the FY 2019-20 tax rate and a 3.5% increase above the no-new-revenue Operations and Maintenance rate – plus an additional 8.75 cents for the Project Connect transportation initiative, a citywide traffic-easing rapid transit system.

Under the adopted budget, typical rate payers will see their Austin Energy bills go down and their Austin Water bills frozen. Austin Resource Recovery charges will increase, by just over $31 per year, to pay for the citywide implementation of curbside organic materials collection.

Taken together, the combined impact of tax, rate and fee changes would represent an increase, for the typical ratepayer, of 7.9% - an additional $325.20 per year or $27.10 per month.

Thursday’s approval of City tax and spending plans for the fiscal year beginning October 1, 2020 comes after several months of stakeholder engagement – including an online survey that attracted unprecedented levels of participation, with 37,000 responses compared with the usual 2,000-3,000.

This is the third year in which the proposed budget was organized by outcome area, and not strictly by City department, to reflect the priorities of the Austin community, using Council’s adopted Strategic Direction 2023 as a guide. The outcomes are Culture & Lifelong Learning, Economic Opportunity & Affordability, Government That Works for All, Health & Environment, Mobility, and Safety.

Council began their deliberations on Wednesday working from the Manager’s proposed budget, (snapshot summary here) which included the following commitments, now part of the adopted budget: