City of Austin Shifts to Phase 3 of Camping Ban Implementation 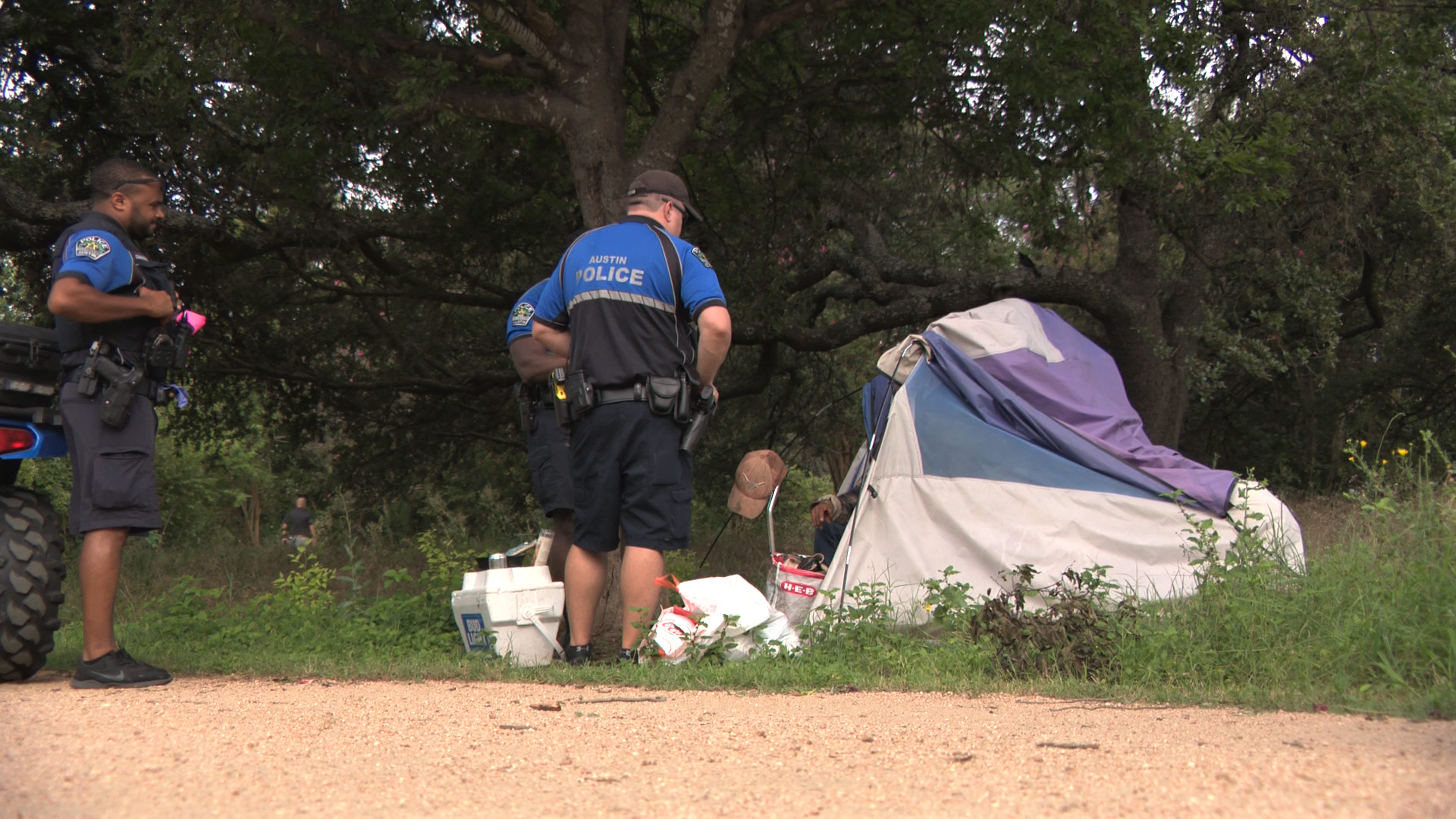 As the City of Austin’s phased implementation of the public camping ban enters Phase 3, City leaders are cautioning that, while resources to address homelessness are increasing, community shelter capacity remains limited.

While the Austin Police Department and other City departments have focused primarily on outreach, education, and written warnings to date, officers may now begin writing citations for individuals who have already received a written warning about the camping ban and continue to camp in public areas. However, achieving voluntary compliance will be the priority and citations will only be issued as a last resort.

With Phase 3, which began on Sunday, July 11, APD may also make arrests in situations where individuals refuse to vacate areas that have been deemed dangerous for the public due to high risk of fire, floods and pedestrian/vehicle accidents.

“Coordination during this effort has been productive through progressive enforcement, outreach and education,” said Interim Austin Police Chief Joseph Chacon. “While officers may write citations for violations, we are hopeful for no punitive penalties and to connect individuals to services and resources through diversion efforts in partnership with Downtown Austin Community Court. Enforcing this ordinance is a challenge. Like many communities battling homelessness, there simply aren’t enough places for people experiencing homelessness to go.”

In cases where APD does arrest an individual for violation of the camping ordinance, that person will be processed through Downtown Community Court (DACC) whenever possible. This means that DACC will provide individuals the ability to immediately see the judge, instead of being booked into jail, and will have access to DACC’s continuum of social service supports.

Following voter approval of Proposition B in May, it is illegal to camp in public areas, to sit or lie down in the downtown or UT campus areas, or to solicit money or other things of value at specific hours and locations. Violations are Class C misdemeanors and punishable by a fine.

Since May 11 when the ban took effect, Austin Police Department officers have visited more than 536 people experiencing homelessness across more than 70 locations across Austin to offer outreach and education. Officers have connected 122 people with social services and other resources and helped 34 veterans connect with VA services.

The City's phased approach pertains only to sites that were in existence prior to May 11, 2021. Individuals who attempt to set up new camps are subject to immediate notification of violation, and enforcement action, if necessary.

City departments and local partners are working together to address the immediate needs of people impacted by the camping ban. This week, the Downtown Austin Community Court expanded hours and days for accessing the Violet KeepSafe Storage program. The program currently serves 170 individuals experiencing homelessness by providing a safe and secure place to store their belongings. A number of other City departments – including Public Works, Austin Resource Recovery, Parks and Recreation, and Watershed Protection – continue to conduct regularly scheduled cleanings at underpasses, parks and creeks. These ongoing efforts are independent of activities related to implementation of the camping ordinance.

The City’s Homeless Strategy Division has opened Southbridge, a 75-bed bridge shelter in south Austin and is working to open a second 55-room bridge shelter in central Austin by the middle of August. Capacity may also be restored at existing congregate shelters as COVID-19 risk levels allow.

City staff continue to work with Austin City Council to explore the potential for City-owned properties to be used as sanctioned encampments. But the timing of the new camping ban, on May 11 following voter approval of Proposition B on May 1, means that despite these efforts, the City will continue to face significant bed and social service capacity challenges.

“Austin Police Department has done an excellent job working with City and community partners on both outreach and education and connecting people with critical resources,” said the City of Austin's Homeless Strategy Officer, Dianna Grey. “But we want to be clear with the community that while we are investing in additional crisis beds, like so many other cities working to actively end chronic homelessness, there will not be enough immediate shelter for all unsheltered Austinites.”

As the second bridge shelter prepares to open, the City will work to prioritize the beds for those who need it most.

Staff are also focused on ongoing efforts to create permanent housing via projects like Caritas of Austin’s Espero Austin at Rutland apartment development and the HEAL initiative, which creates pathways to housing for people living at priority encampments. Individuals living at the second HEAL site are expected to be offered places at the Southbridge shelter by the end of this week.

“Our overarching goal remains the same – to get people experiencing homelessness into stable and permanent housing,” Grey added.

And on July 9, City Manager Spencer Cronk presented his Fiscal Year 2021-2022 Proposed Budget to Council, which included $65.2 million in continued funding for the City’s response to the homelessness crisis, with specific funding allocated for preventing homelessness, crisis response, housing stabilization, and public space management - on top of Council’s substantial allocation of federal funds.

For more information go to: AustinTexas.Gov/PropB-Homeless.