City Lights the Way for Better Safety in West Campus 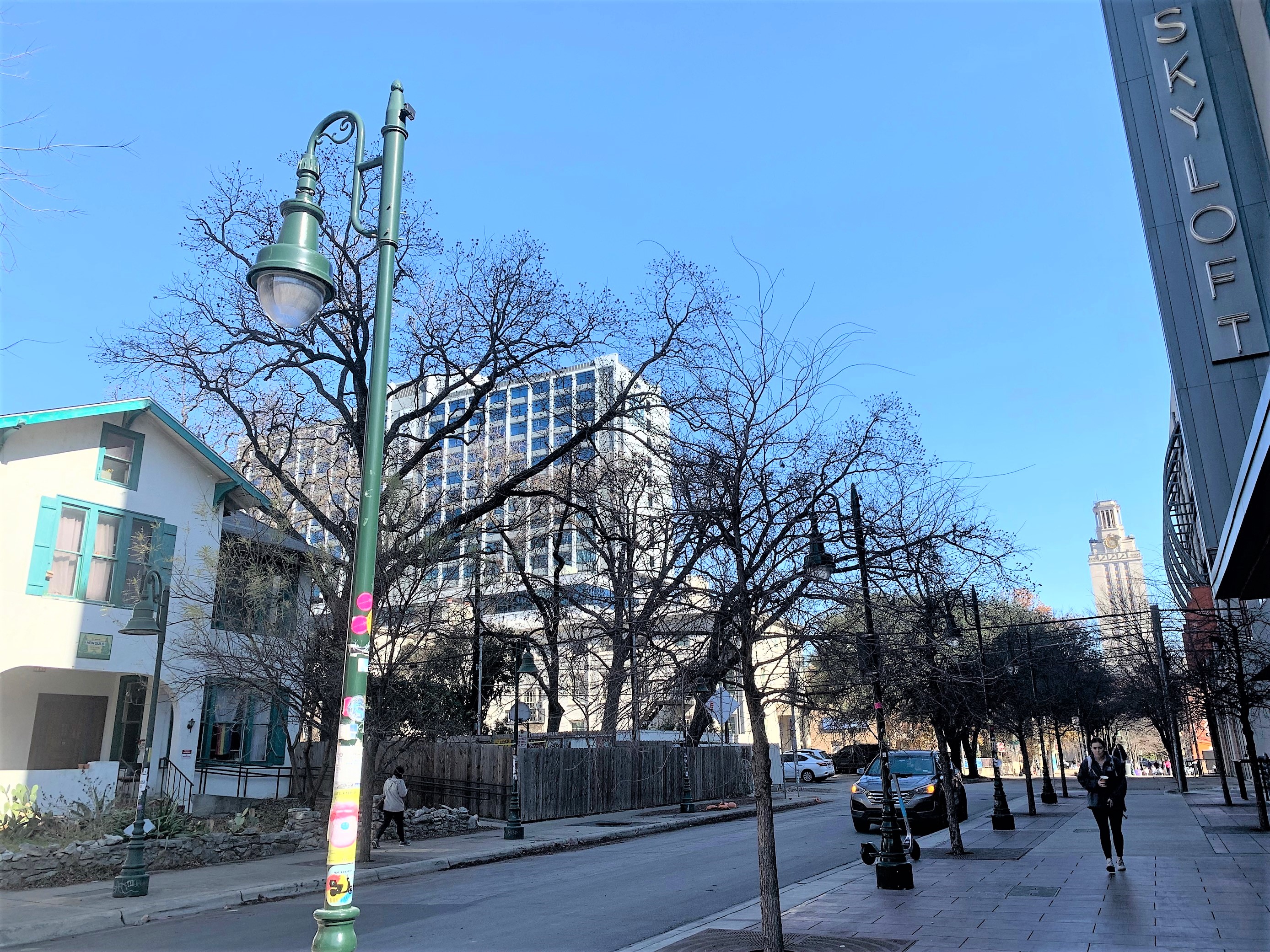 Hundreds of older lights in West Campus - including the one pictured - are due for an upgrade this year.

The City of Austin is upgrading street lighting this year in West Campus to increase the amount and quality of light in the area as part of a plan to improve overall safety for residents and visitors.

More than 500 additional streetlights will be retrofitted with LED inserts by the end of 2022, the City announced today. The ‘re-lamping’ process is part of a multi-year plan to increase pedestrian safety in the area following a Council resolution.

West Campus neighbors the University of Texas and contains some of the densest housing concentrations in Austin. Campus safety groups have expressed concerns about crime and safety in the area, which has historically experienced a higher-than-average rate of property crime compared to the City of Austin as a whole.

“The City listened to community concerns and is taking action to modernize the West Campus area to improve safety through a combination of better and more lighting, increased police patrols and ongoing support to help our homeless neighbors find housing,” said Stephanie Hayden-Howard, Assistant City Manager over Health and Environment.

The lighting upgrade schedule for 2022 is the latest in a series of actions to boost safety undertaken by a number of City departments including Austin Energy, Austin Transportation, Public Works, Austin Police and the Homeless Strategy Office.

Other steps already completed include:

“Austin Energy and other City of Austin departments worked closely together to get a lot of the recommended actions completed,” said Elton Richards, Austin Energy Vice President of Electric System Field Operations. “We continue to work collaboratively to ensure that all West Campus concerns are identified, addressed and corrected.”

The West Campus lighting improvement schedule has prioritized locations based on the degree of lighting deficiencies identified in a lighting study, followed by locations with crime and crash history.