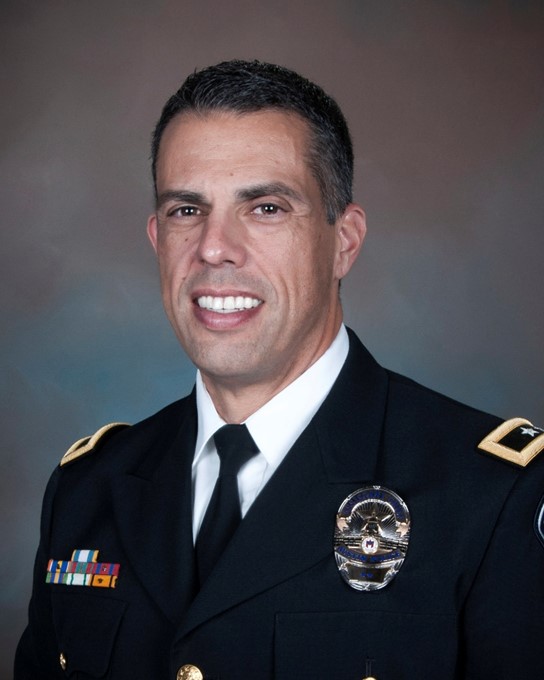 Chacon, whose APD career spans more than two decades, has served as Interim Chief since March 2021.

Chacon, whose APD career spans more than two decades, has served as Interim Chief since March 2021, following the retirement of former Chief Brian Manley. Prior to that, Chacon served as an Assistant Chief for almost five years, overseeing Patrol, Special Operations, Specialized Patrol, Investigations, Intelligence, Professional Standards and Training/Recruiting. His appointment is subject to confirmation by Austin City Council.

“I want to give a heartfelt thank you to everyone who helped us reach this important decision for our community,” said City Manager Cronk. “After hearing from so many of you, and following an extensive and rigorous recruitment process, I’m confident Interim Chief Joseph Chacon is the right person to lead our City’s police department to achieve results, build trust and transparency, and accomplish equitable public safety outcomes for all Austin residents and visitors.”

“I am extremely excited and humbled by this amazing opportunity,” said Interim Chief Chacon. “Austin PD is at a critical juncture, and I am honored that the City Manager is showing the trust in me to lead this amazing organization. I will be engaging our department employees and our community to make sure we are moving forward in the best way possible.”

In March, the City released a survey asking the public to identify the skills and characteristics, background and experience, and top priorities they believed were most important for the next Chief of Police. Responses to the survey helped establish the selection criteria for the position.

The process included a series of interviews featuring panelists drawn from City staff and stakeholders followed by two public forums in August offering community members opportunities to meet and question the final candidates for the position.

Because the City Manager’s appointment requires City Council confirmation, an item will be placed on the Sept. 30, 2021 Council agenda as required by state law.

Interim Chief Joseph Chacon has a wide breadth of experience in almost all areas of police work.

He is the former director of the Austin Regional Intelligence Center, and has served on the Major Cities Chief’s Association (MCCA) Intelligence Commander’s Group, as well as the executive board of the National Fusion Center Association. He has also served on the Travis County Behavioral Health and Criminal Justice Advisory Committee, and is dedicated to better outcomes for those living with mental illness.

Chacon is a graduate of the University of Texas at Arlington School of Urban and Public Affairs, where he earned a Master’s Degree in Public Administration. He received his Bachelor of Applied Arts and Sciences from Midwestern State University in Wichita Falls, TX. He is a graduate of PERF’s Senior Management Institute for Police, Texas State University’s Certified Public Manager Program, and MCCA’s Police Executive Leadership Institute.