Lone Star Limericks Open Call for Submissions Opens on May 22 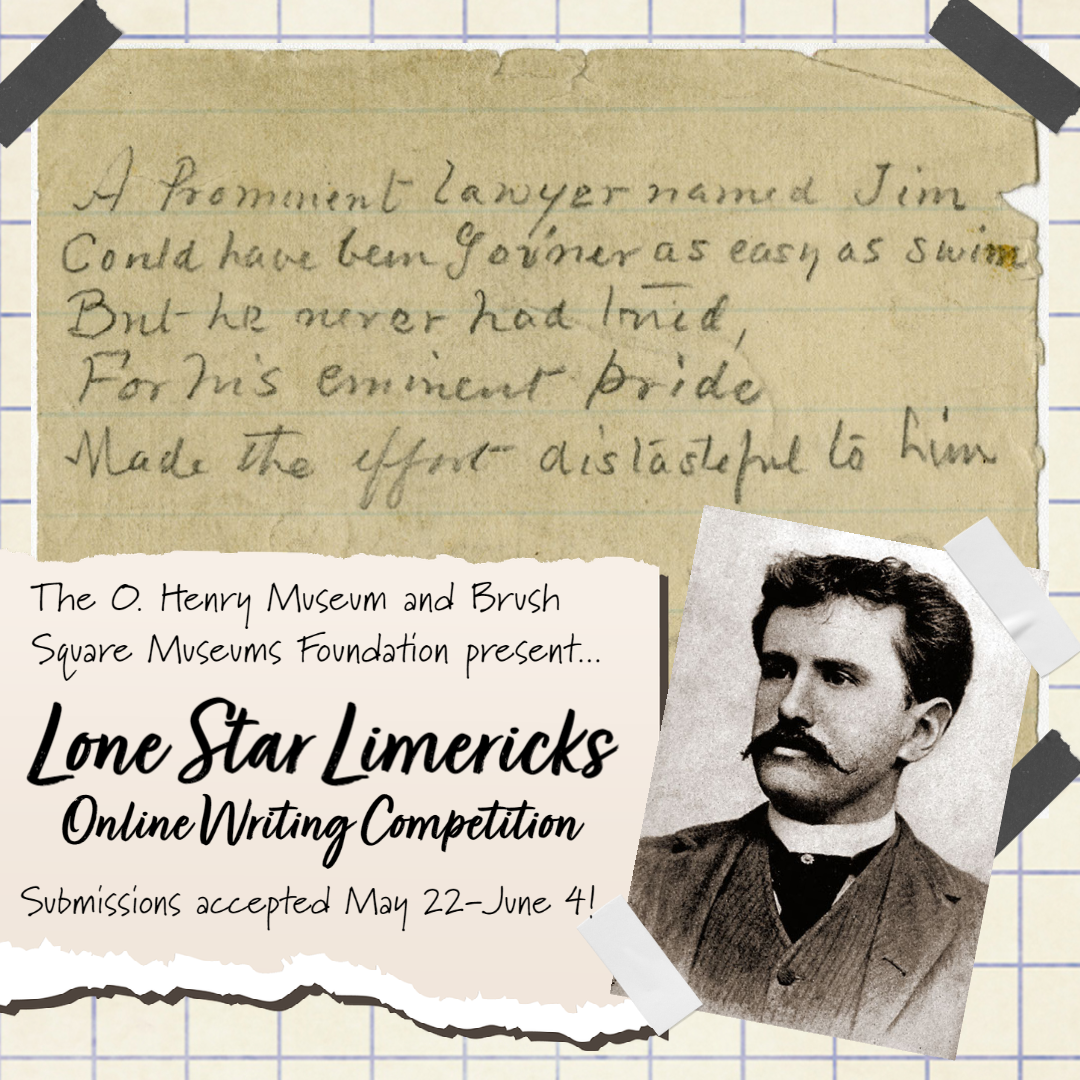 Brush Square Museums and Brush Square Museums Foundation announce an open call to writers to submit original limericks that pertain to Austin or Texas for Lone Star Limericks. People of all ages can submit limericks via the online form as a video, image, or text beginning on May 22 at 12 a.m. Submissions close on June 4. The competition is free and open to the public.

From June 5 to June 11, the public will be able to view a gallery of all submissions and vote for their favorite limericks online. Submissions will be divided into two categories: (1) youth ages 12 & under and (2) general public ages 13 & up. Winners in each category will receive a Texas-themed prize package. Categories include first, second, and third places as well as two honorable mentions. On June 12, winners will be contacted directly and their names will be announced to the public on on the web page.

Want to rhyme but don’t have much time? Try a limerick! This five-line poem with a rollicking rhythm and an AABBA rhyme scheme may be short, but poets from Edward Lear to the young William Sidney Porter (a.k.a. O. Henry) have packed plenty of wit, whimsy, and wordplay into a small package. Although some sources trace limericks back to medieval monasteries or the verse insults swapped by squabbling Irish poets in the 18th century, they took on their current name and form in the second half of the 19th century. Sometimes bawdy but always clever, the limerick provides the lines for raucous poetic invention. It is snappy, snippy, witty, and a lot of fun.

Now it’s your turn! Pay tribute to the people, places, sights, and sounds of this great city and state by immortalizing (or gently mocking) them in verse! Your limerick can reference anything about Texas or Austin – your favorite (or least favorite) Texas person, city or state park, wildflower, animal, road trip experience, barbeque joint, I-35 exit, debilitating allergen – the sky’s the limit! Just keep it short and family-friendly!