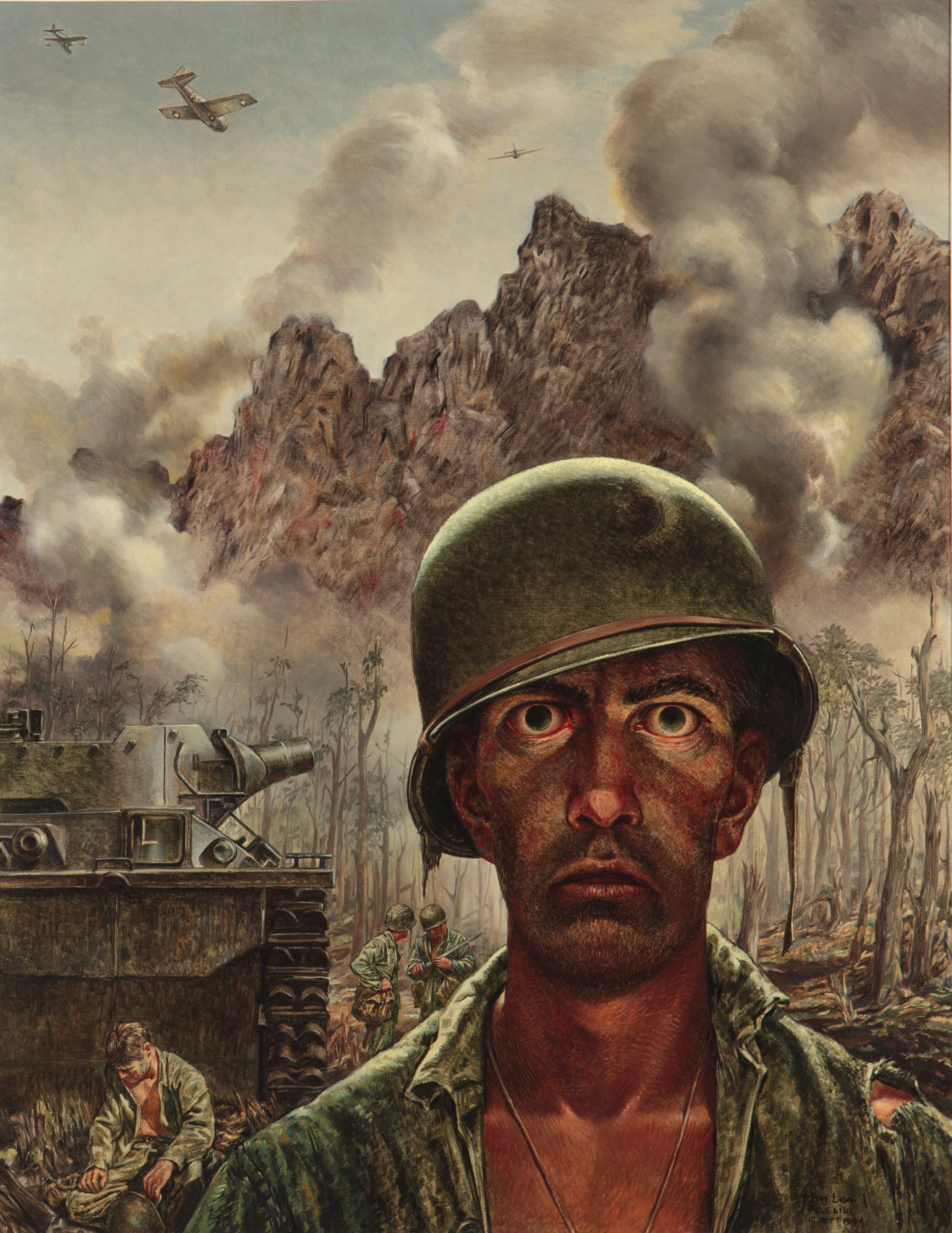 The Austin Parks and Recreation Department’s Old Bakery & Emporium in collaboration with Austin Veteran Arts Festival (AVAFest), presents Tom Lea Combat Warrior Art exhibit and event on October 22 from 1:00 to 5:00 p.m. The event will take place at the Old Bakery and Emporium located at 1006 Congress Avenue in Austin, Texas.

About Tom Lea
Tom Lea was born on July 11, 1907 in El Paso, Texas. In 1924, Lea moved to Chicago to study at the Art Institute, only to leave to paint murals in the Chicago area. After a brief trip to Europe, during which he studied paintings by masters such as Eugène Delacroix and Piero della Francesca, Lea returned to Chicago and eventually moved to Santa Fe, New Mexico, where he created illustrations for New Mexico magazine.

In 1936, he moved back to El Paso to paint murals for the Texas Centennial celebration and compete for government-sponsored mural projects. He won competitions for post office murals in Washington, D.C., La Crosse, Wisconsin, and Odessa. During World War II, as an artist-correspondent for Life Magazine, Lea traveled to China and throughout the Pacific.

Back home in El Paso after the war, he became one of the country’s leading book and magazine illustrators, particularly of Western scenes. When he began to lose his sight in the 1990s, Lea shifted to a more abstract style and continued painting the landscape of his beloved Southwest. He died on January 29, 2001 in El Paso and is buried at the Texas State Cemetery in Austin, Texas.