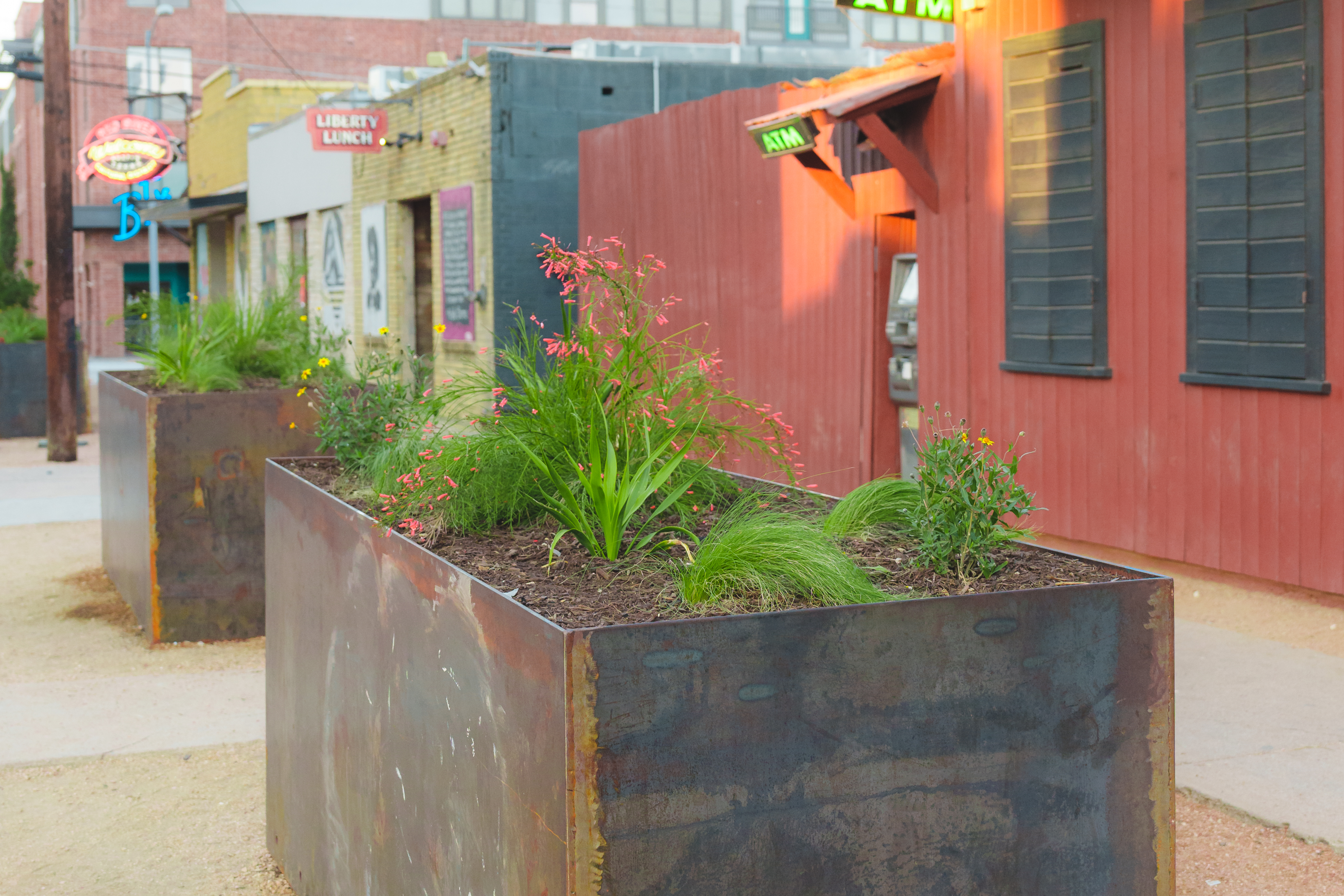 As the fall concert season ramps up for venues across Austin, the Red River Cultural District is ready to welcome residents and visitors with brighter, wider, and safer experiences with the completion of the Red River Area Improvements project. District patrons can expect safer sidewalks with the creation of pedestrian plazas and intersection safety improvements, brighter conditions when traversing the district with the installation of pedestrian scale solar lighting, and a greener experience with the installation of custom planters and sustainable native landscaping.

“This [Red River Cultural District] is where what is best and most important and sustaining of the culture and magic of this city,” explained Mayor Steve Adler, “That's why it has been and will always continue to be such an important place for the city to be able to take a stand and say we're going to preserve what is special and magical. It's this place. And I think everybody in here deserves to be congratulated for what's happened.”

“Many of you stakeholders, we've had a lot of conversations through the years about how to create, how to really use the infrastructure that we have at the city to celebrate this and enhance this area, the Red River Cultural District,” described Council member Kathie Tovo. “Some of the measures that came forward, came forward out of an imperative to create a safer space, both for the artists who are down here as well as your visitors.” 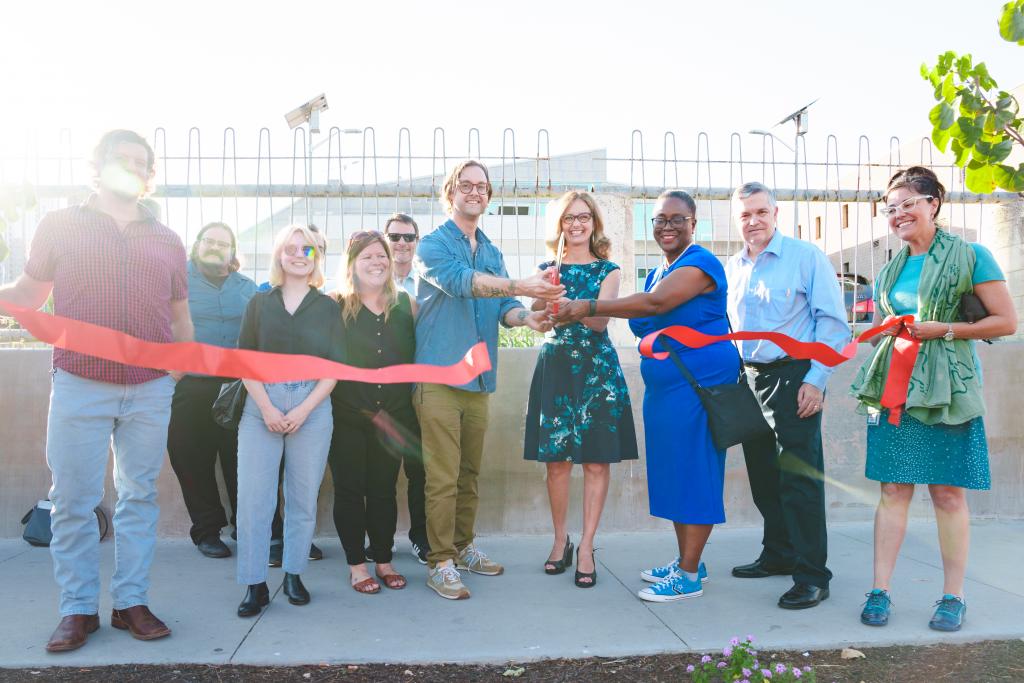 The improvements were made possible through the collaboration of Red River Cultural District stakeholders in combination with the City of Austin’s Public Works Department and Economic Development Department.  The intentional approach allowed City staff to work closely with businesses to ensure improvements met operational needs while meeting project goals of pedestrian safety and increased continuity between the variety of businesses and venues in the district.

"We were proud to partner with EDD and community stakeholders to help enhance the Red River Cultural District, explains James Snow, Deputy Director of the Public Works Department. "Anytime Public Works can collaborate with residents, local businesses, and other city departments for the common goal of creating safer, more efficient pedestrian options, we consider it a win for the city."

“Since 2015, the businesses of the Red River Cultural District, with foundational support through Souly Austin, have become a prime example of the impact proactive and organized community members may have on the preservation and enhancement of their respective spaces”, said Sylnovia Holt-Rabb, Director of the Economic Development Department. 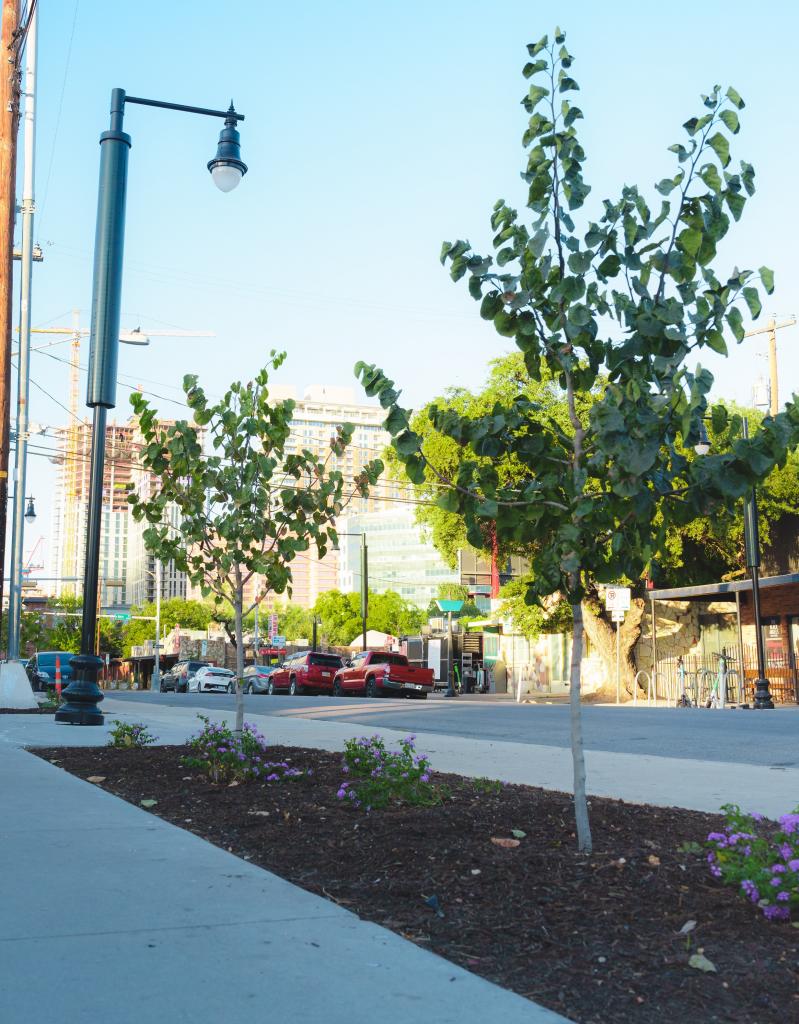 The Red River Cultural District will continue to work with the City of Austin and the Economic Development Department to complete additional district identity projects such as wayfinding, street banners, and custom street signs to continue to enhance the distinction and economic vitality of the district. Learn more about the Red River area efforts and enhancements.

“The improvements are a tremendous safety and mobility asset to our local residents as well as the many out-to-town visitors that experience year-round the great live music venues, cultural assets and small businesses housed within the district, ‘’ said Nicole Klepadlo, Interim Executive Director of the Red River Cultural District. “This investment from the City of Austin is foundational to our local entertainment and music industries, and Red River is a proud contributor to the economic engine that keeps the music industry alive”

About the City of Austin Economic Development Department

The City of Austin Economic Development Department supports business growth, creative industries, and local communities. These programs build an equitable, sustainable economy to improve the lives of all Austin residents. To learn more about helpful resources, visit www.austintexas.gov/edd and subscribe to our newsletter. Connect with us @AustinEconDev on Facebook, @AustinEconDev on Twitter, and @AustinEconDev on YouTube.

About the City of Austin Public Works Department

The City of Austin Public Works Department designs, manages, and inspects major capital improvement projects; promotes bicycle, pedestrian, safe routes to school, and urban trail projects; and maintains the City's network of trails, roadways, and bridges once they are built. Visit austintexas.gov/PublicWorks for projects, services and programs such as our Neighborhood Partnering Program. Find us on Facebook @atxpublicworks.

About the Red River Cultural District

The Red River Cultural District (RRCD) is a worldwide cultural tourism destination for authentic live music, food and drink experiences in the heart of downtown Austin, Texas. The District is managed by the Red River Merchants’ Association, a coalition of over forty local small businesses in the District – including not only live music venues, food, hospitality, lodgings, lifestyle & entertainment businesses, but also the Austin Symphony Orchestra, First Baptist Church, German-Texan Heritage Society & Waterloo Greenway. Stay up to date on additional news and announcements, make sure to also follow along on social media on Facebook at @redriverculturaldistrict, Instagram at @redriverculturaldistrict, and Twitter at @defendredriver.