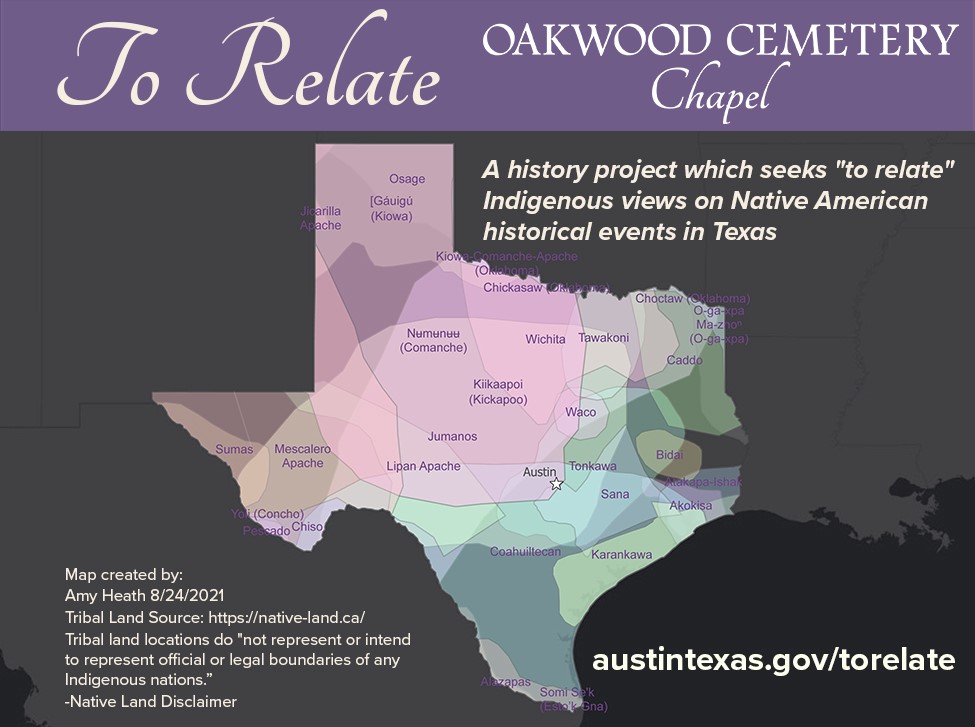 To Relate reveals the true homelands of Native American Tribes who were Indigenous to Texas and explains their defined relationships to one another. It also relates how the word Texas which comes from an Indigenous word teja meaning ally or friend, originated from a collaborative relationship between tribes and settlers. The word was adopted by the Spanish to become Tejas and then, Texas.

To Relate is a project created by Oakwood Cemetery Exhibit Assistant and GIS analyst Amy Heath, who is a member of the Caddo Nation of Oklahoma. The exhibit includes maps, photographs and a substantial video project filmed and edited by Grey Ellis.

View the online exhibit at AustinTexas.gov/ToRelate.