Residents Urged to Fill Out Census in Final Hours of Campaign 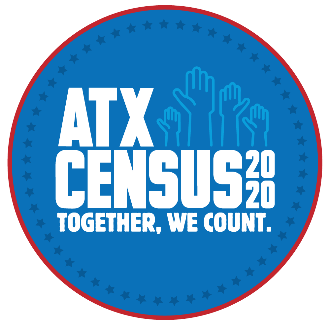 Austin-Travis County residents who have not yet filled out their Census are being urged to do so now before the new, final deadline of 5 a.m. Friday, Oct 16.

Campaigners had been working on the basis that the survey would stay open until the end of this month - providing crucial extra time to help communities be counted. However, a Supreme Court ruling yesterday cleared the way for the Census Bureau to end the count earlier.

"There may be only moments left!" said Austin Mayor Steve Adler, commenting upon hearing the Court is allowing the Census to end early. "Complete your Census NOW. A fair democracy requires a fair Census process that seeks to count everyone."

"This is unfortunate," added State Senator Sarah Eckhardt. "I agree with Justice Sotomayor that we will be irreparably harmed by rushing the Census count. Anyone who has not already done so should go to My2020Census.gov right now and complete their Census."

Senator Eckhardt and Mayor Adler are co-chairs of the Austin-Travis County Complete Count Committee (CCC), the goal of which is to ensure that every Travis County resident is counted in the 2020 Census.

The latest Supreme Court decision is the culmination of a month of federal court rulings, appeals, and confusion, during which the 2020 Census deadline was initially extended from September 30 to October 31.

Local leaders of the Austin-Travis County CCC continue to urge residents to take the Census immediately online at My2020Census.gov, and encourage their neighbors to do so as well, for the final few hours the survey remains open.

Committee Spokesperson John Lawler said: "We are currently reviewing the Supreme Court’s ruling with our attorneys. As of this afternoon, the self-response questionnaire is still available online at My2020Census.gov. Please – if you have not already done so – complete your Census online immediately."

As of the end of September, Austin and Travis County were the largest pair of Texas cities and counties to surpass their 2010 Self Response Rates together, even as the State of Texas still lagged behind their own.

Every 10 years, the federal government is constitutionally required to count every person - regardless of origin or status - who is living in the United States in order to provide an accurate count of all people in the country. The results of the Census are far-reaching and impact federal funding for public schools, transportation dollars for roads and buses, reimbursement for healthcare programs such as Medicaid and Medicare, among other services. Census data also informs the way political districts are drawn for Congress, State House seats, and school board members.