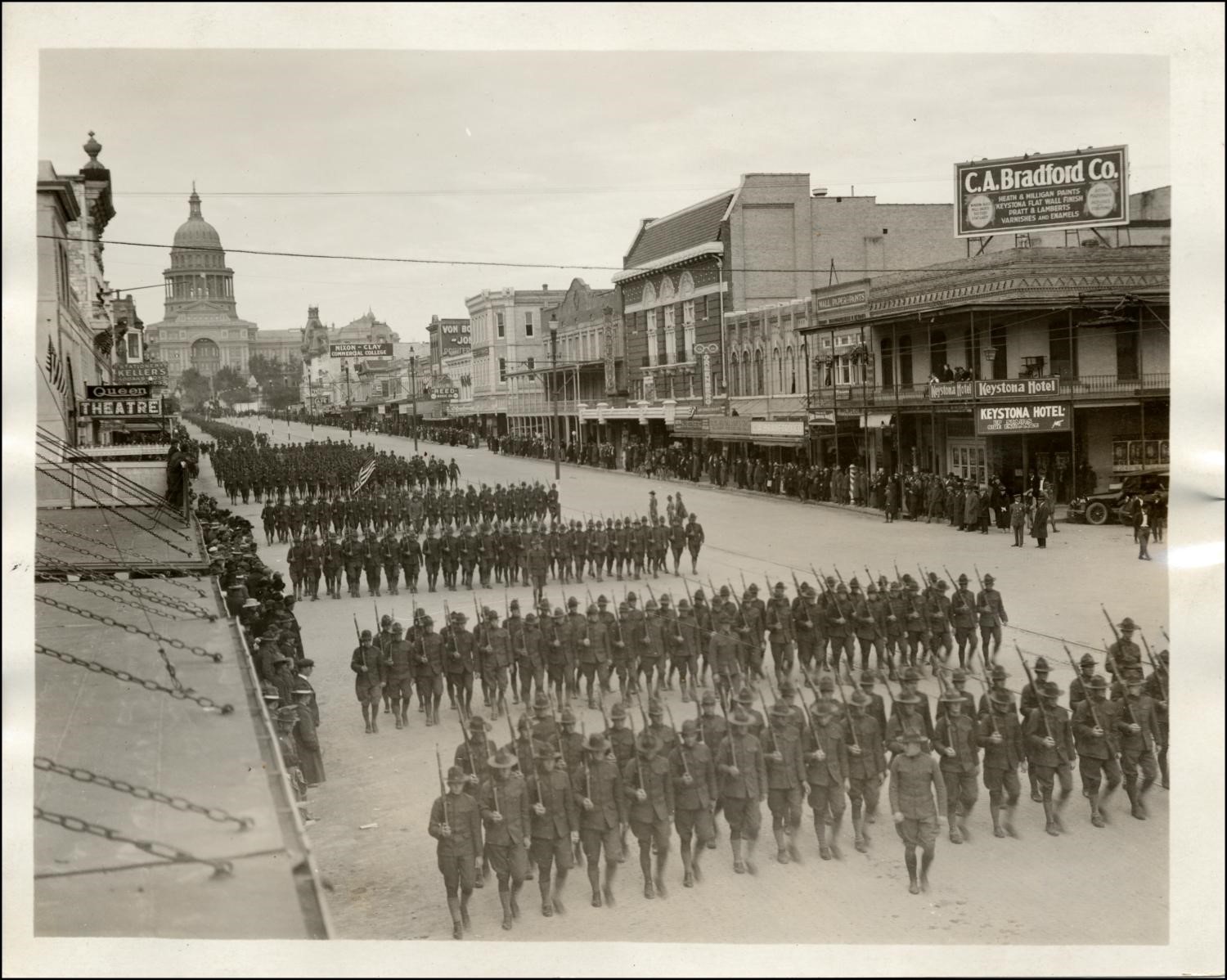 To Serve looks at Texans’ long history of military service, identifying local veterans who served in conflicts from the War of 1812 to the present. The exhibit honors men and women who served their country and seeks to preserve their histories through videos, photographs, digital maps, and other multimedia content.

There are many service people who returned to become leaders and influencers, such as the author James Michener who is buried in Austin Memorial Park Cemetery. Other veterans were killed in action, including Nathanael Lee, who was the first Austinite killed in the Vietnam War. He is buried in Evergreen Cemetery.

The exhibit includes a contribution from military historian William A. McWhorter who authored an article to summarize Texans’ roles in conflicts from the War of 1812 to the present. In a video produced for the exhibit, cemetery expert Tui Snider takes us on a tour to show us how to identify monuments and symbols on veterans’ headstones.

This tribute is a collaboration with Save Austin's Cemeteries whose members began detailed research on veterans several years ago with the Travis County World War I Centennial Committee. To Serve provides an opportunity to identify all veterans buried in Austin’s municipal cemeteries with the help of volunteers from the public.

The exhibit is not a comprehensive listing of all veterans buried in City of Austin Cemeteries. For this reason, Oakwood Cemetery Chapel and Cemetery Operations are asking volunteers to help document these service people. Using their own phones, with the supplemental GNSS location device provided, volunteers can upload the latitude and longitude points of the headstones and contribute to full listing of every veteran buried within City of Austin cemeteries.

Oakwood Cemetery Chapel and Cemetery Operations are looking for volunteers who can walk the cemeteries and use an application on their phones to help geolocate and document veteran headstones on specific group volunteer days. Supplementing phone service with a GNSS location device will accurately locate headstones to within one foot for latitude and longitude points. This field work will contribute to a public-facing searchable map of burials.

View the exhibit at AustinTexas.gov/ToServe.