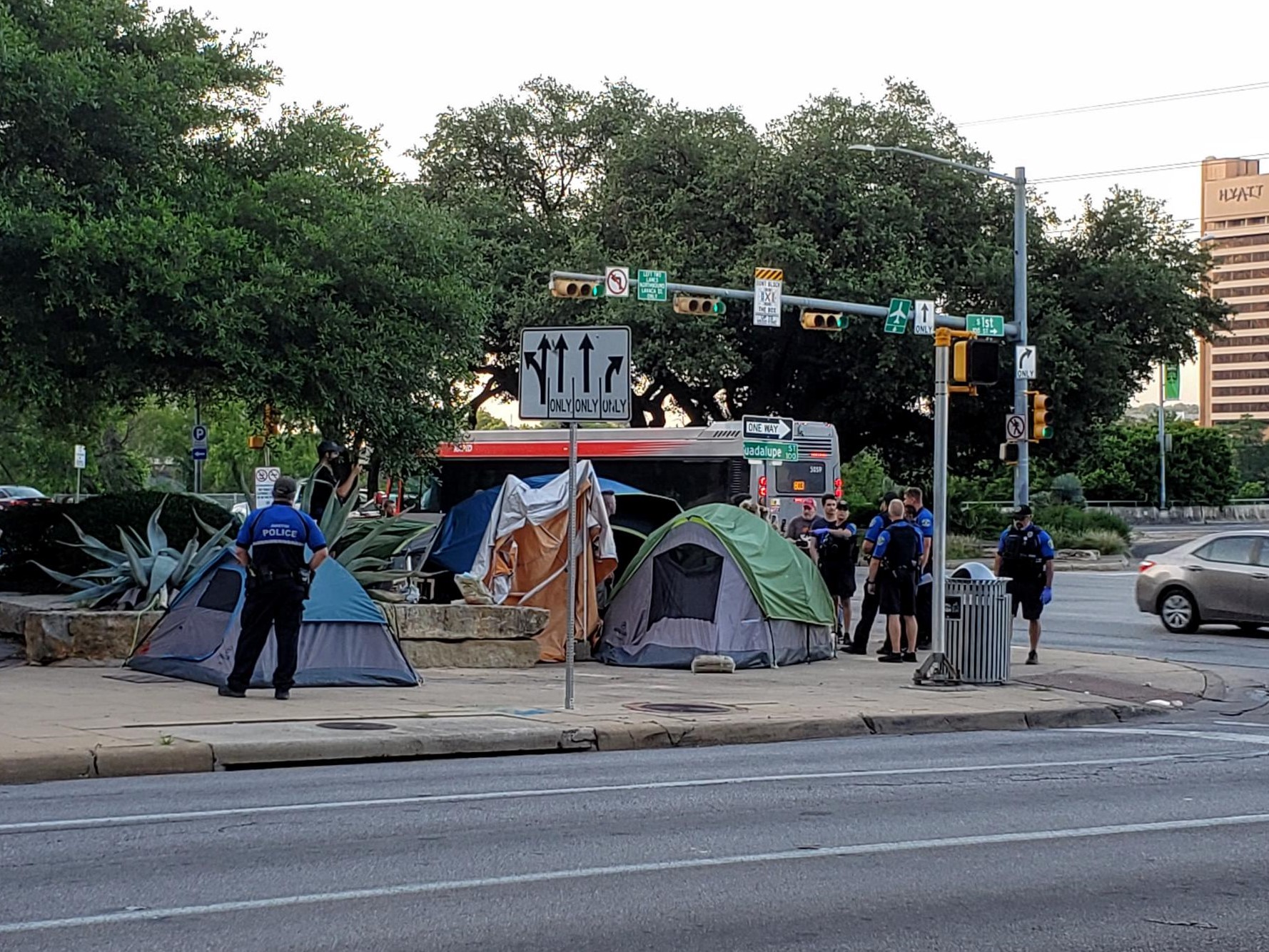 Austin Police and other City departments are working together to clear an area outside City Hall that has been designated for construction.

Austin Police and other City departments are working together to clear an area outside City Hall, on the corner of Guadalupe and Cesar Chavez, which has been designated for construction. Members of the Homeless Outreach Street Team (HOST) and APD’s District Representatives have met with people around City Hall to inform them about the upcoming construction. This morning APD officers have been talking to people staying in tents in this area and have informed them that they are required to move. Downtown Austin Community Court is providing access to violet bins for people to keep their personal belongings safe. Those who refuse to comply with the direction may be given a citation for violating the camping ordinance, or be placed under arrest if they fail to comply.

At the same time, officers will require individuals along the north side of City Hall, who are trespassing on private property, to move. These individuals have already received previous requests to move.

Both groups of people were visited by HOST and APD District Representatives over the last 30 days, and have been informed about the upcoming construction project, as well as the criminal trespass issue.

The City is actively pursuing options for increasing temporary shelter capacity and creating designated campsites in the near future. At the same time, we are focused on aggressive expansion of long-term stable housing for people experiencing homelessness through the initiatives like HEAL, creation of new permanent supportive housing resources, and partnerships with critical community organizations. Following voter approval of Proposition B we are phasing in the new ordinance prohibiting camping on public property across Austin.