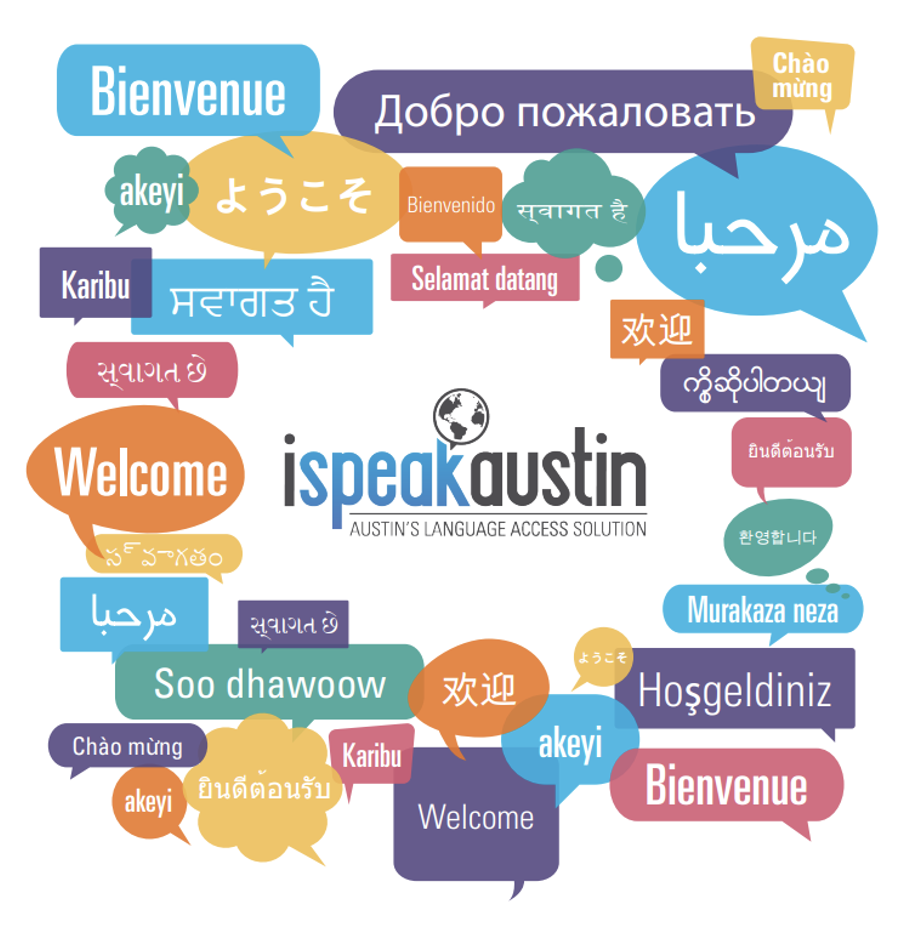 More than 100,000 Austinites who struggle to speak or read English are being encouraged to access City of Austin services in their preferred language as part of a new campaign to help those with limited English proficiency.

The City wants to help make sure that the estimated 111,000 individuals who speak English “less than very well” (11% of the city’s population) and the 300,000 Austinites who speak a language other than English at home (31% of the population) know their rights and can navigate the system to access the full range of City services.

One way the City is doing this is by offering free interpretation and translation of written information to Austinites who request language access services. A City initiative called iSpeak Austin will be highlighting a range of online resources in multiple languages. The City is also distributing informational wallet cards and posters to local libraries to help people whose primary language is not English communicate their needs to English speakers.

“Whether it’s borrowing a library book, applying for financial support, or seeking a permit, every Austinite has the right to access City of Austin services in their preferred language, and the City has resources available to ensure this happens,” said the City’s Interim Communications Director, Jessica King. “Over the coming weeks we will be working to make sure new English learners and immigrant communities are aware of their rights and have the information they need to exercise them.”

More than 80 languages are spoken in Austin. After English, the most common languages include (in order of prevalence):

The City has recently identified these as priority languages for communicating city-wide programs and services.

Other languages – Nepali, Swahili, Pashto, Burmese and Tigrinya – are also recognized by the City’s Language Access Program as having significant numbers of users. Free interpretation and translation are available upon request to access City services in any language.