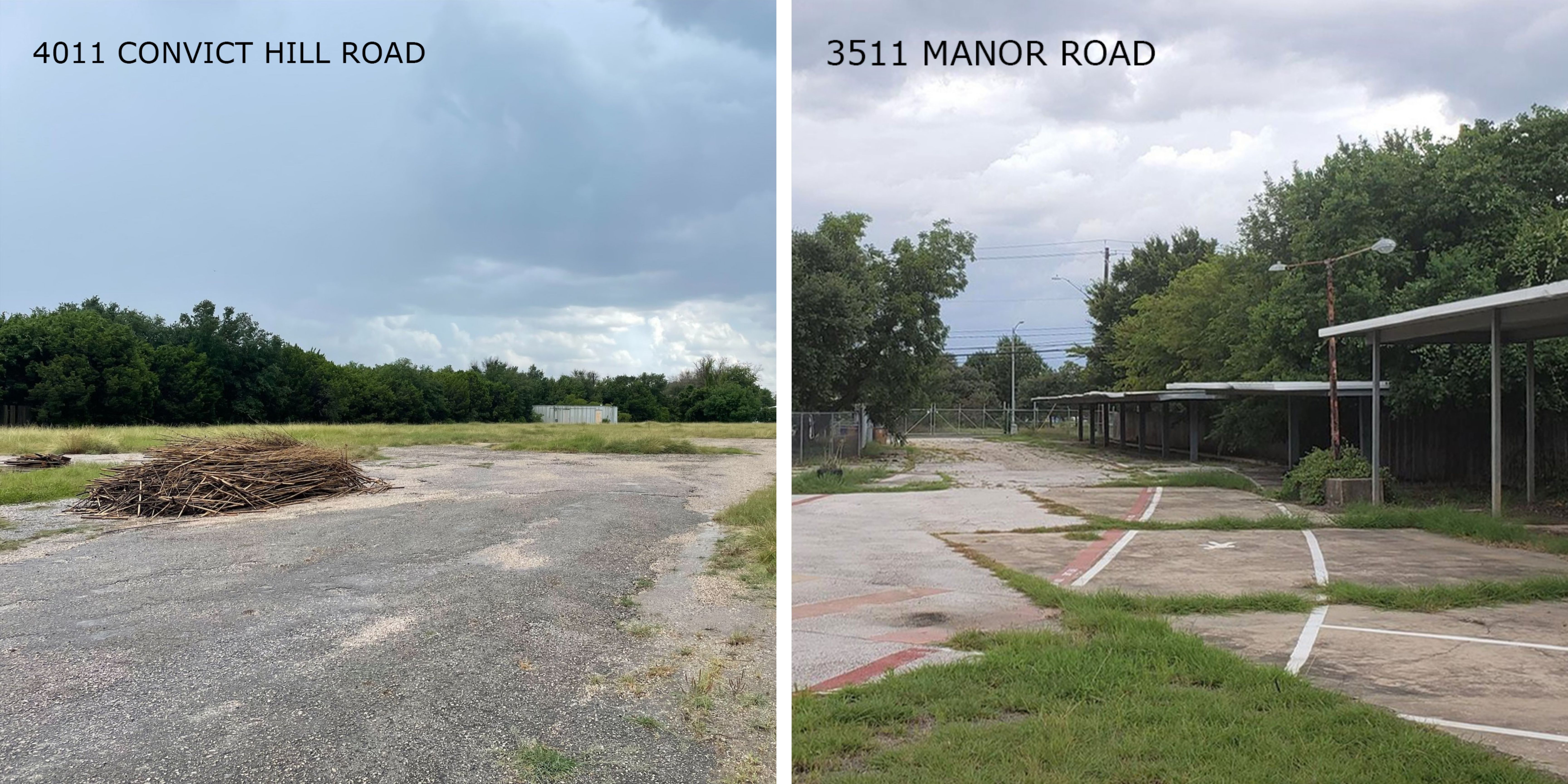 Community engagement could begin in August.

In response to a Council Resolution, City of Austin staff have recommended two City-owned properties for further review and consideration in developing sanctioned encampments as a short-term strategy for accommodating people experiencing homelessness.

The preliminary recommended sites are:

Both properties will require rezoning to allow for the installation of temporary prefabricated  structures, also known as micro shelters, that can house people on site. Among the positive factors of both sites are close access to CapMetro public transportation, the ability to control the site and flow of traffic around it, and access to utilities. The City also plans to install fencing and provide 24/7 security should the sites be utilized for temporary housing purposes.

"After careful consideration and vetting of City-owned properties, staff has identified two sites as locations that meet most of the previously identified criteria for use as a legally designated encampments," the memo states. "Both properties are owned by the City of Austin, are being held for future creation of affordable housing, and could be used temporarily until that development takes place."

Grey and McNeeley will provide a briefing about the two sites at a City Council Work Session set for July 27.

City staff could begin to gather stakeholder feedback related to both properties in August which would include community meetings, opportunities to speak at City Council meetings, and community surveys via SpeakUp Austin.