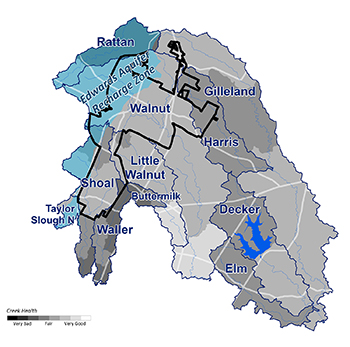 The watersheds in District 7 are considerably urbanized, with large amounts of commercial development along the major highways and corridors. In the northern half of the district, Walnut Creek has bacteria levels that exceed state standards for what is safe for recreation. Stakeholders have developed an implementation plan to reduce the bacteria levels through a variety of solutions. In the southern half of the district, the development within the Shoal Creek watershed was almost entirely built out prior to the adoption of any watershed protection regulations for drainage or water quality. This older development is generally characterized by: 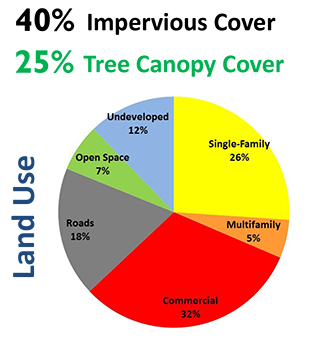 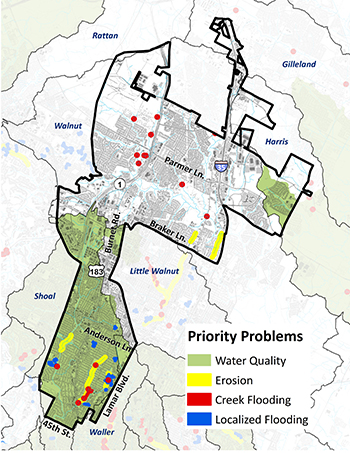 The Watershed Protection Department addresses drainage and environmental problems using a three-tiered approach of capital improvement projects, programs, and regulations. Examples of these strategies in District 7 include: 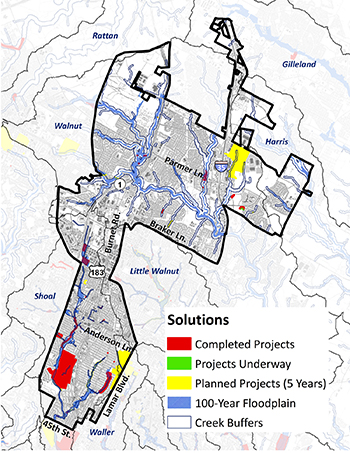 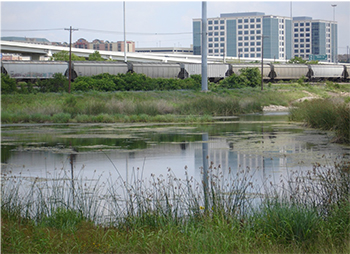