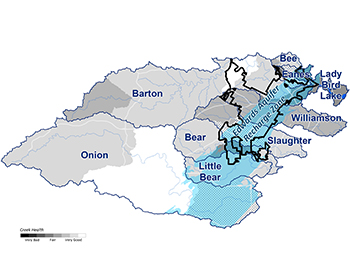 District 8 has one of the lowest levels of impervious cover of all the districts and the highest level of protected open space, including over 6,000 acres of the Balcones Canyonlands Preserve system and the Water Quality Protection Lands

Some of the older neighborhoods along Ben White are identified as high priorities for both creek and localized flooding. Major clusters of drainage complaints are shown in blue and high priority flooded structures and roadways are shown in red on the map to the right. 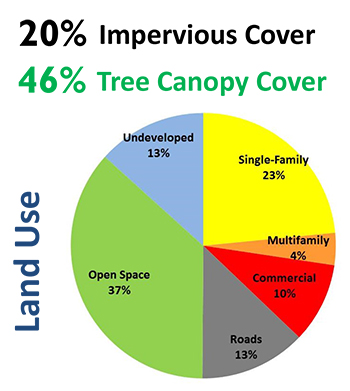 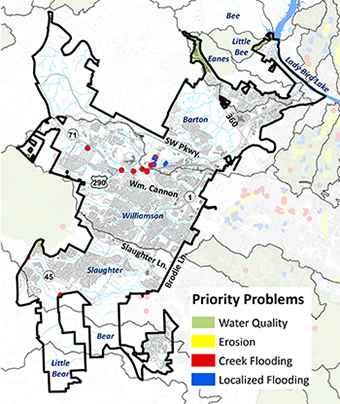 The Watershed Protection Department addresses drainage and environmental problems using a three-tiered approach of capital improvement projects, programs, and regulations. Examples of these strategies in District 8 include: 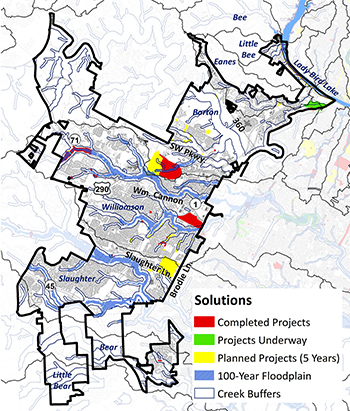 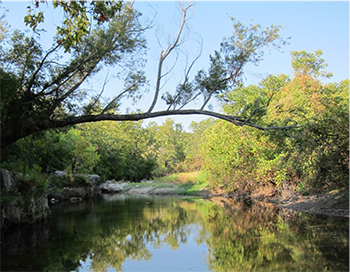 Photo of Bear Creek flowing through the Lower Avana tract in the southern portion of District 8. This tract was acquired in 2011 as part of the Water Quality Protection Lands.