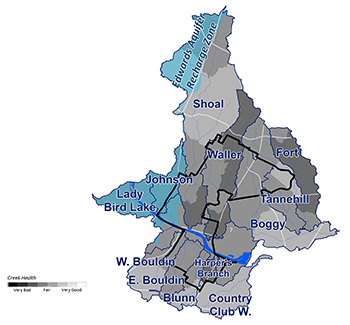 One of the most densely populated districts in the City, District 9 encompasses both downtown and the University of Texas. When Austin was founded in 1839, the original square mile city was nestled between Shoal and Waller Creeks, on the banks of the Colorado River. Today the watersheds in District 9 are extensively urbanized, with one of the highest levels of impervious cover and the lowest levels of undeveloped land of all the districts. Largely constructed before the adoption of watershed regulations, the development in this district is generally characterized by: 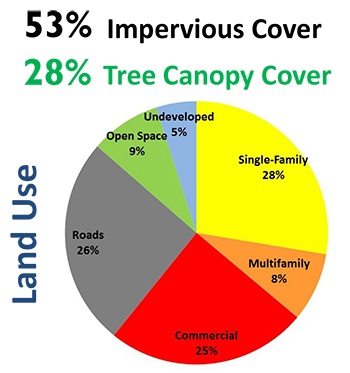 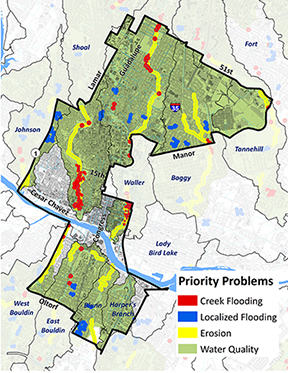 The Watershed Protection Department addresses drainage and environmental problems using a three-tiered approach of capital improvement projects, programs, and regulations. Examples of these strategies in District 9 include: 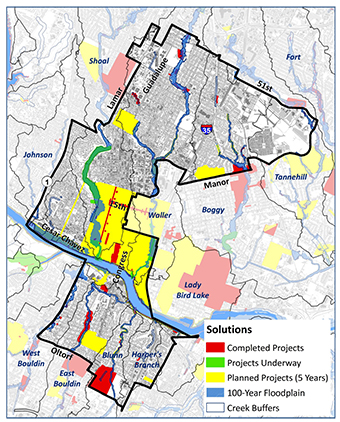 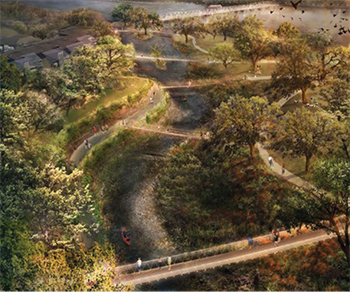 Illustrated vision for the mouth of Waller Creek, as adopted in the Waller Creek Design Plan.