Planning with the Community

Between June and December 2013, the CPSCI Project Team hosted and attended a number of community meetings, workshops, and neighborhood gatherings in an effort to educate and engage local residents in the community planning effort. During this phase of the project, the Public Engagement Team (PET) created and distributed a community survey, which was made available by mail, online, and at local events. Others were distributed and collected during the PET’s block-walking initiative in November.

Using the information provided through community surveys and workshops, the Project Team created a community engagement map that shows the distribution of households that contributed to local planning initiatives in 2013. In total, the Project Team engaged more than 500 local residents over a seven-month period, while nearly 300 residents completed surveys over a two-month period. Though the community engagement map does not include every participant, it does provide some indication of households within the outreach area that contributed to the project in some way.

We continued our outreach efforts through our fourth and final community planning workshop in April 2014. 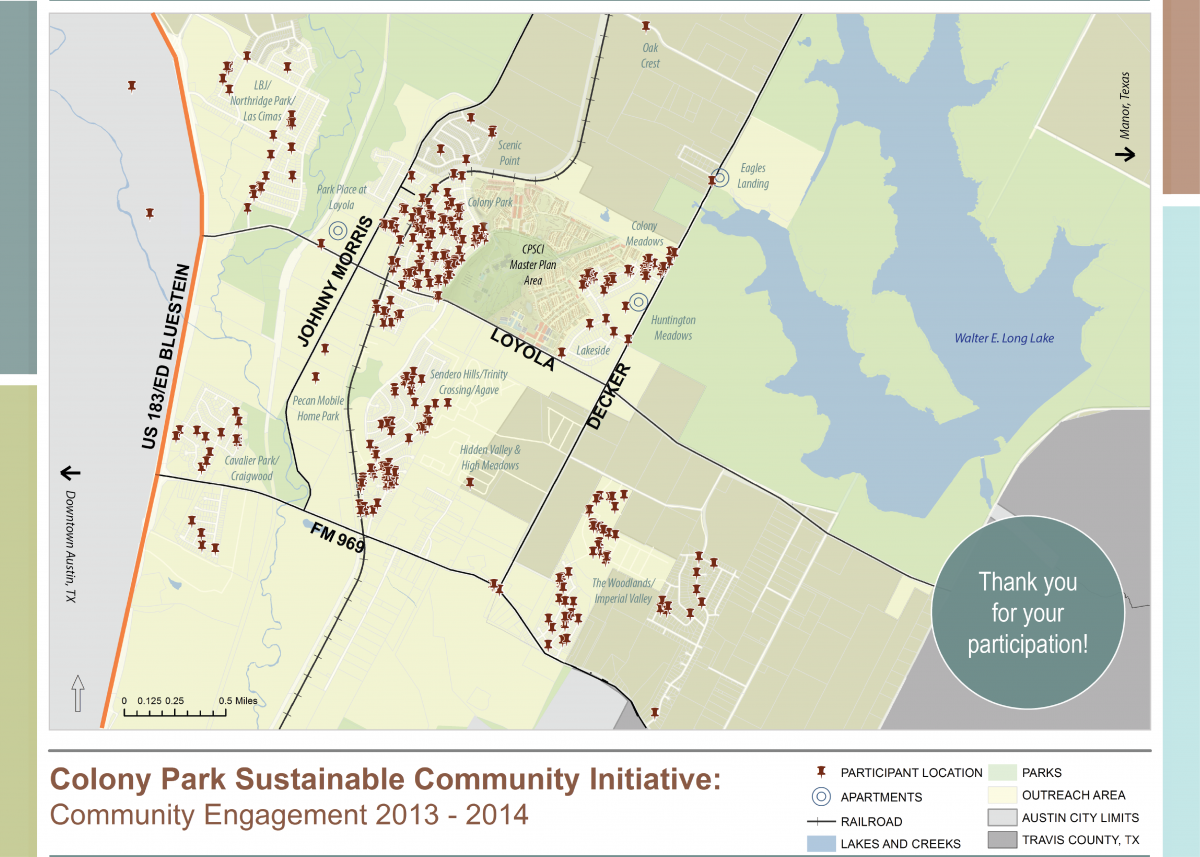