In 2011, the Parks and Recreation Department completed a feasibility study to assess the condition of an existing Arts and Crafts wood frame bungalow house dating to 1922, on approximately 9 acres of the Norwood Tract at Town Lake Metropolitan Park at 1012 Edgecliff Terrace, Austin Texas. This area of parkland lies along the south shore of Lady Bird Lake just west of IH-35 and north of Riverside Drive. At the conclusion of the assessment and public engagement Council approved the staff recommended option for rehabilitation of the house and grounds. The Norwood Park Foundation, a local non-profit whose sole focus is the rehabilitation of the house and grounds entered into an agreement with the City in 2013 to begin work on the house and grounds for the future operations and maintenance of the facility as a park amenity. 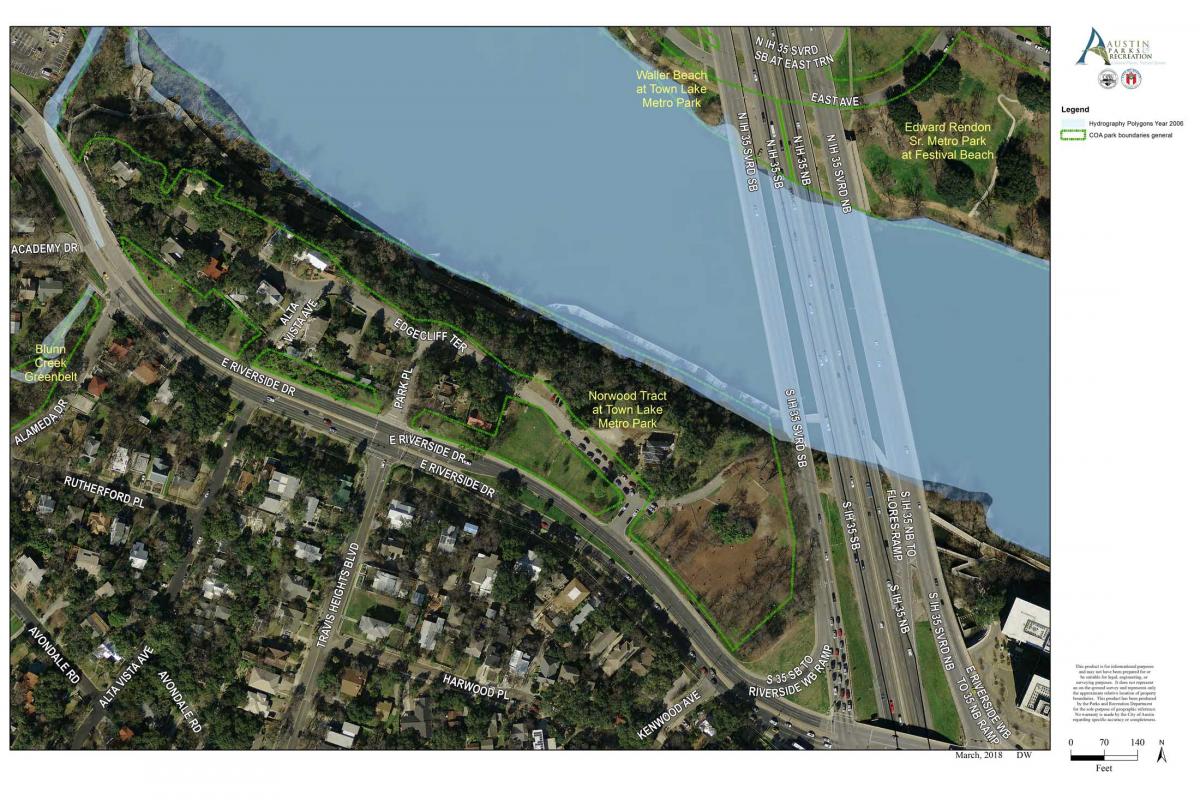 In 1922, local developer Ollie O. Norwood and his wife, Calie Norwood built a small bungalow on the bluffs above the south bank of the Colorado River just west of the area where Interstate 35 now crosses Lady Bird Lake. The Norwood House occupied a 3-acre estate that included a rose garden, a greenhouse, a decorative fountain, a gazebo/teahouse and the first geothermal fed swimming pool in Austin. 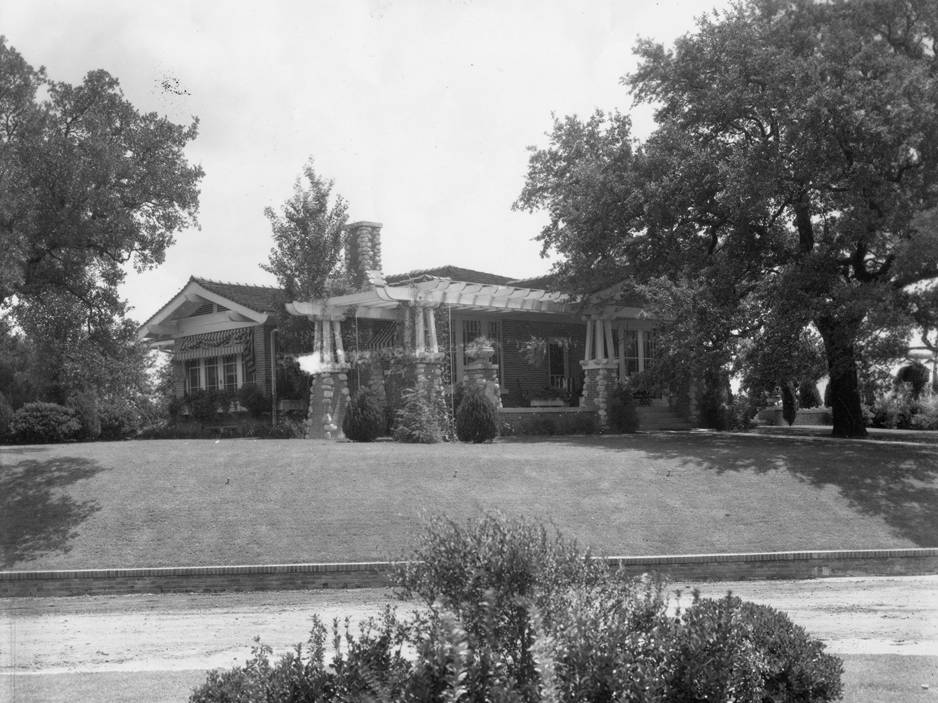 In 2013 the City of Austin Parks and Recreation Department entered into an agreement with the Norwood Park Foundation for the stabilization and rehabilitation of the house and grounds to support programming of the space for community meetings and events for potential revenue for the maintenance and operations of the site. In 2015 The Norwood Park Foundation completed the removal of hazardous materials from the house, adjusted of the siting of the house to its original placement and stabilized the structure. Since then the Foundation has been working on conceptual plans for the rehabilitation and improvements to the park to support the proposed programming. 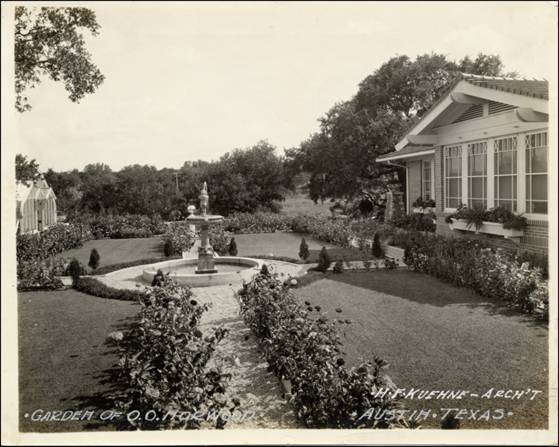 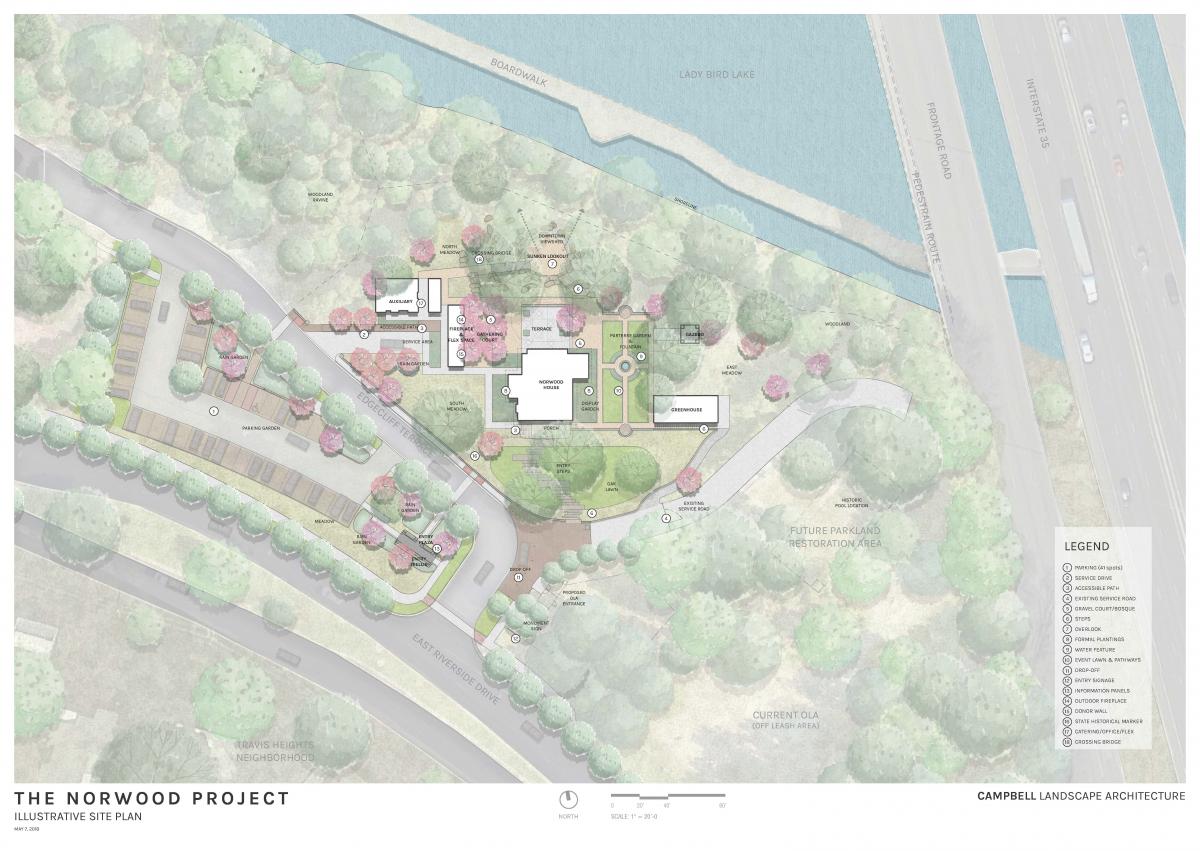 The Norwood Park Foundation expects to submit an application for a site development permit in early summer of 2018. Construction is anticipated to begin late summer 2020 with completion of the improvements in the Fall of 2021.

Rehabilitation of the Norwood Estate has been made possible in part by funding from the Heritage Tourism Division of the City of Austin Economic Development Department. 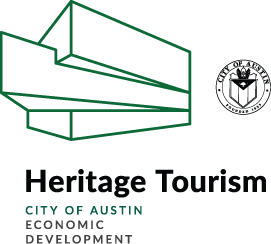