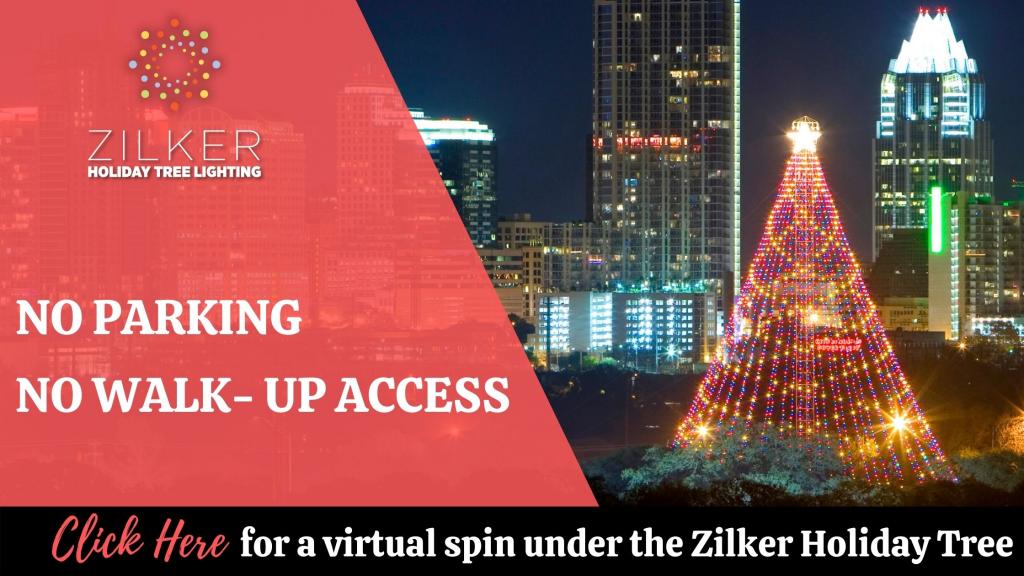 Due to COVID-19 precautions

Viewing the Zilker Holiday Tree is allowed only from roadways 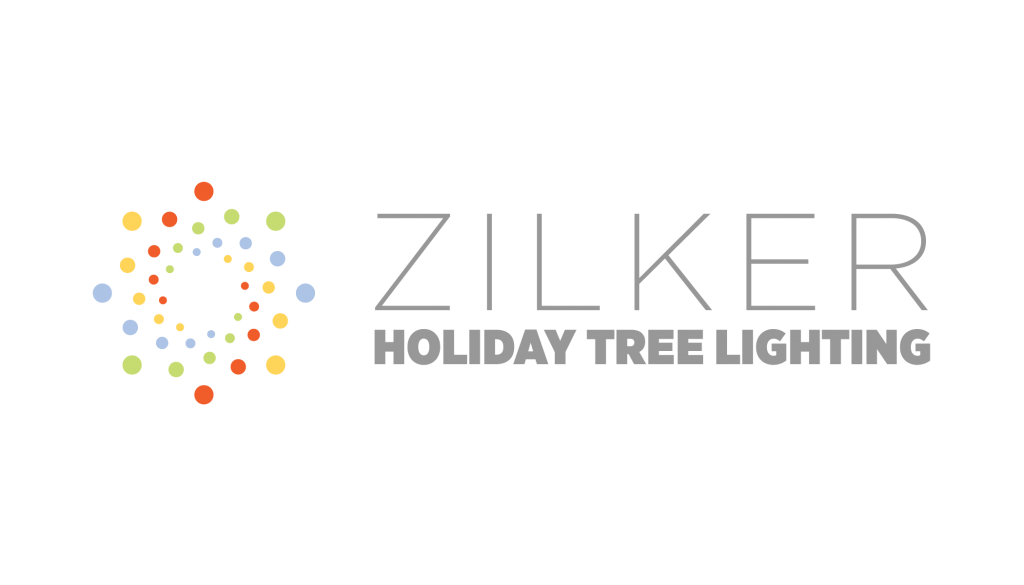 For public safety, there are NO on site viewing or walk-up options for the 2020 ceremony. Parking lots and park roads near the tree will be closed.

The tree is installed, produced and managed by City of Austin Departments.  They include Austin Energy, Austin Parks and Recreation Department, Austin Resource Recovery and Austin Police Department who provide in kind services that keep the display available to the citizens of Austin.

The Zilker Holiday Tree is sponsored by the Trail of Lights Foundation.

Zilker Holiday tree video footage will be available online to enjoy safely from home with music by the Austin Civic Wind Ensemble.

PARD in consultation with the Health Authority may change closure/limitations based on local health conditions.

About the Tree & Moontower History

The Zilker Holiday Tree stands 155 feet tall and is composed of 39 streamers, each holding 81 multicolored, 25-watt bulbs - totaling 3,309 lights. At the top of the tree, a double star measures 10 feet from point to point. The double star displays 150 frosted bulbs. This unique spiral pattern of lights was created by City of Austin electricians. At its circumference, the tree measures 380 feet. The diameter is 120 feet. The base of the tree is made up of 19 utility poles, each 14 feet tall, arranged in a circle around the Moonlight Tower.  On December 10, 1967, the first tree was lighted by Mayor Pro Tem Mrs. Emma Long. In subsequent years this honor has been awarded to the young winner of a city-wide tree art contest.

Facts about the holiday tree:

Originally purchased from the City of Detroit in 1894, these 165-foot-tall towers were installed to help keep Austin streets illuminated and keep residents safe. Austin is the only city in the country that still operates moonlight towers (or moon towers, as they're better known in Austin).  In the 1890's the towers were powered with bright carbon-arc bulbs.

In 1970, they were proclaimed Texas State Landmarks and were recognized in the U.S. National Register of Historic Places six years later.

In 2016 Austin Energy restored the historic moontower.  The project deep-cleaned each of the tower's individual parts and repaired aging items. The restoration included new LED light bulbs that are brighter and more energy efficient, "saving approximately 131,400 kilowatt-hours annually, which is the equivalent of powering 11 average-sized homes year-round,"  according to Austin Energy.

Each year Austin area youth artists compete for the privilege to light the Zilker Holiday Tree.  In the fall, the parks department accepts youth art submissions which compete to be in the top three of the 2 age categories.  The competition is announced each fall.

Enter the 2020 Art Contest now!  Submissions are accepted and due by October 1, Thursday.

Where: Artwork may be submitted by mail to Austin Parks and Recreation Department, 200 South Lamar, Austin, Texas 78704 or Submit Artwork Online.

Mailed submissions MUST include the entry form information form.

Only 1 entry per child. Artwork must be no larger than 8½ x 11 inches. The artwork must fit into an 8½” x 11” flat frame. (Any larger artwork will be automatically disqualified.) Paper thickness only, please!  All artwork becomes the property of the Zilker Holiday Tree Art Contest, City of Austin. Entries must be received NO LATER than 5:00 p.m. on Thursday, October 1, 2020.

Grounds/event site - this is an outdoor event on unpaved/natural park grounds.

Footwear - this is an OUTDOOR setting.  Surfaces vary from paved, to turf/dirt.  Shoes should be rated for outdoor conditions, and be moisture proof.

Walking - be aware of your own ability, and plan ahead when spending time in a cold outdoor setting.

2020 Trail of Lights is a drive through event only.  All vehicles must be enclosed.

Vehicles passes are required in advance and include specific access route directions.   There is NO access from Barton Springs Road.

For safety, there are no on-site admission sales, and no viewing areas of the site from the roadway or park.

PLAN YOUR TRIP!   The Trail of Lights event will be PRE-PAID ENTRY ONLY.  Motorists will not be allowed to wait and pay on site.  Extensive neighborhood parking restrictions will be in effect.