On a sunny afternoon, cadets who are hoping to become Austin’s newest police officers mowed grass, trimmed bushes, and pulled weeds at the Edgar Fincher III Program Garden. Their work helped prepare the garden for the next planting cycle and planted seeds to grow stronger community bonds.

At the Austin Central Library, a panel discussion leads to two strangers, a community leader and a police cadet to connect over coffee and a conversation about culture and shared values.

In a powerful and poignant meeting, cadets take their first steps toward learning how to serve survivors of abuse and domestic violence.

A range of interactions and experiences—with one goal: fostering better relationships between Austin’s next class of Police Officers and the community members they will soon serve.

The first two weeks of the academy centered around the new Community Connect program which focused on helping cadets get to know community leaders and other residents long before they put on a uniform.

The range of opportunities included: 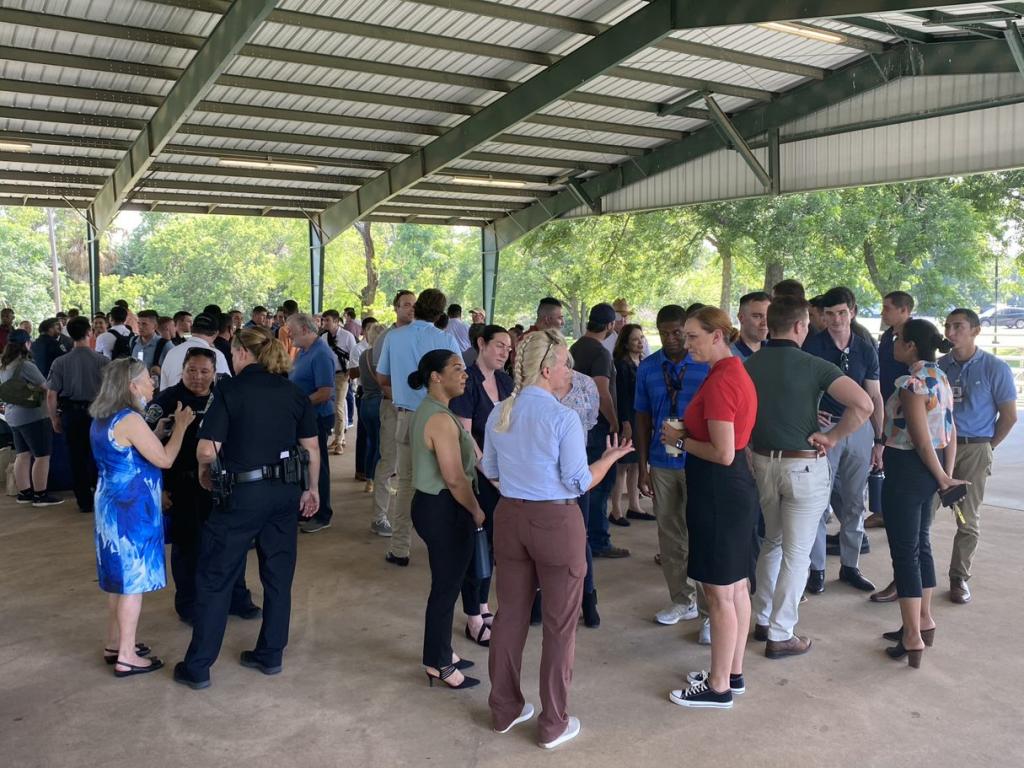 APD cadets met and interacted with members of the community at the June 15th meet and greet. 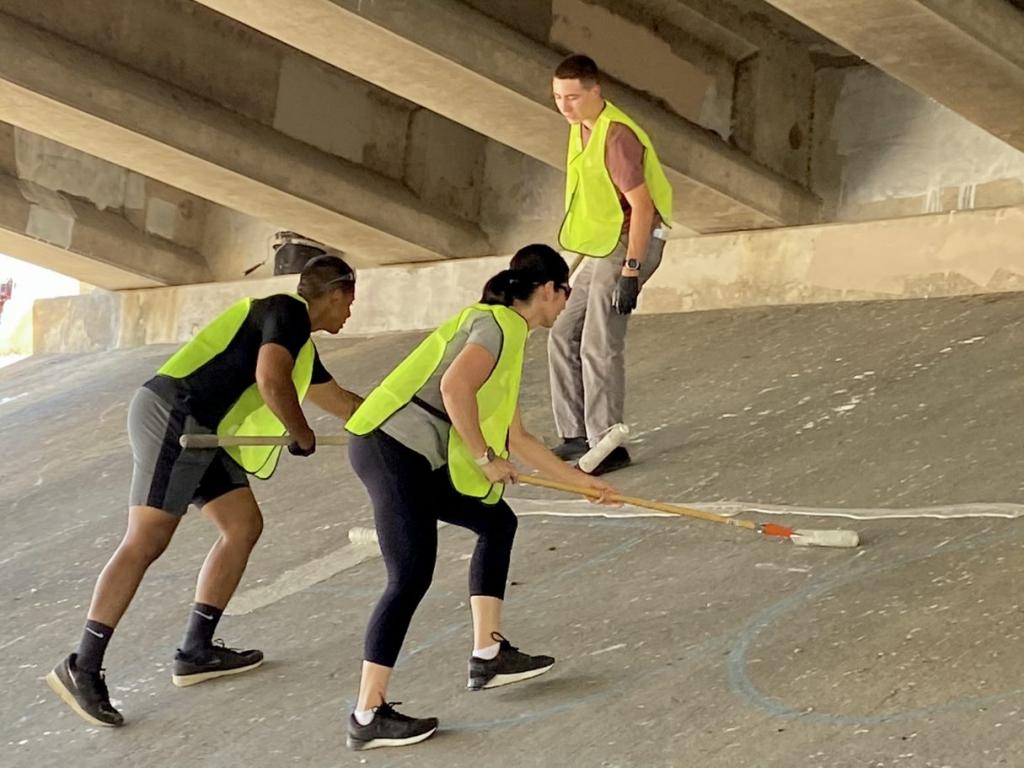 Cadets cleaned an I35 underpass in partnership with DACC. 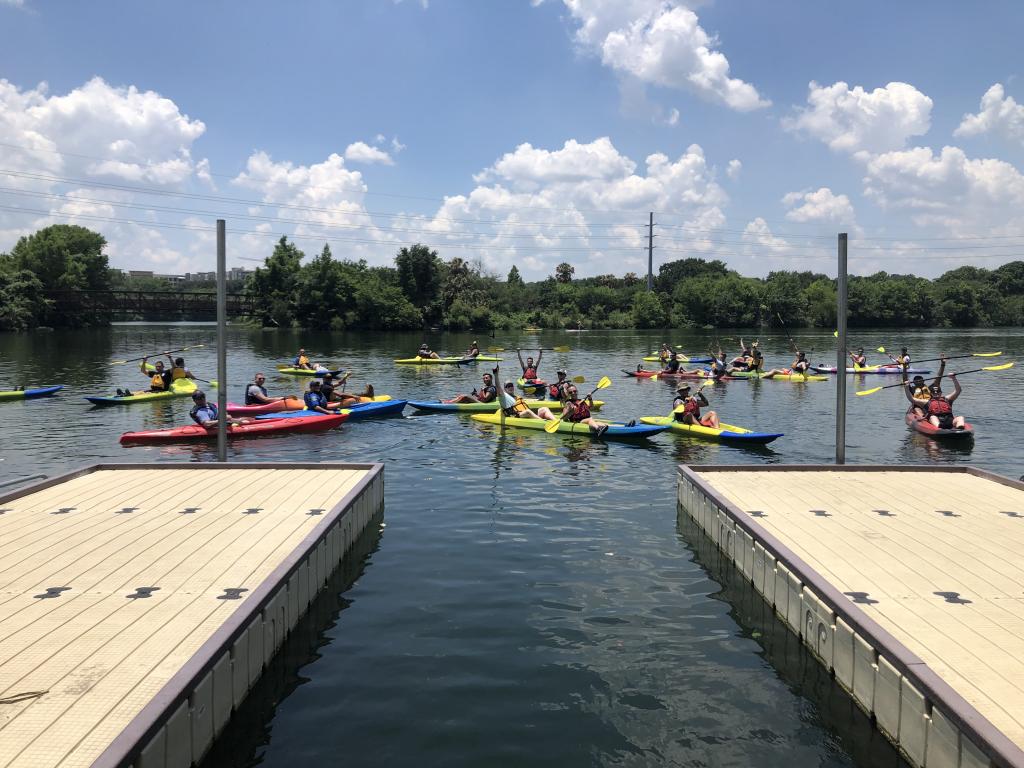 Beyond the scheduled and planned community engagement events, the updated curriculum has already led to deeper connections between cadets and the residents they serve. In one case, a South Asian community leader who spoke to the cadet class extended an open invitation to drop by his home for a cup of coffee and a more intimate discussion about Indian culture. One cadet took him up on it and learned about one of Austin's ethnic communities, all while enjoying an Indian regional delicacy.

“We want to teach them how to relate to people and how best to communicate and, in many cases, deescalate situations.” Interim Police Chief Chacon said.

The  pilot class of the Reimagined Academy follows the City Manager’s blueprint which outlines a a collaborative and on-going process of transforming the academy and creating a core focus on community input, emphasizing servant leadership, and curriculum and teaching methods infused with diversity, equity and inclusion.

One hundred recruits started their journey toward becoming police officers Monday as the Austin Police Department kicked off its 144th cadet class. The 34-week session…

Learn More about the City of Austin Budget and take our survey!…

Public input is critical to creating a public safety capability that works for everyone. The City and the RPS Team continue to provide residents and community leaders with a variety of…

Office of Police Oversight Community Event, APD Use of Force

The Office of Police Oversight hosted a community event…

The Austin City Council today approved moving forward with a reimagined Austin Police Department (APD) training academy in June. The 144th cadet class will be a pilot class, the first…

The first phase of conversations on Reimagining Public Safety (RPS) between the community and City leaders concluded on January 31, 2021. These conversations were launched in September 2020 to…

What Is Public Safety?

In November of 2020, as directed by Council Resolution No. 20191205-066, the Office of Police Oversight, in consultation with the Office of the City Manager, retained Kroll Associates, Inc. to…

Welcome to the Reimagining Public Safety Blog. Follow us here for news and updates.

What Is Public Safety?
Kroll Associates, Inc. Releases Its Initial Report on the APD Training Academy