On May 20, the City Council authorized an agreement with the nonprofit SAFE (Stop Abuse for Everyone) Alliance to manage a City-owned domestic violence shelter and provide supportive services, housing assistance, and direct client assistance. This agreement will provide up to $8.1 million to SAFE for shelter and other service operations through 2025.

The City will be converting an existing hotel property, currently serving as a Protection Lodge for homeless individuals at risk for COVID-19, into the new domestic violence shelter. Once a contractor is identified for the project the timeline for the renovations may take 18-24 months. Shelter services may begin with reduced capacity during renovation.

On May 27 City staff provided Mayor and City Council an update on the transitioning forensic services to the new independent Forensic Science Department. The new department is expected to be formally established starting July 1, 2021. Read more.

On May 6 The Austin City Council today approved moving forward with a reimagined Austin Police Department (APD) training academy. The 144th cadet class will be a pilot class, the first to complete training with the Academy’s new curriculum and expanded community engagement programming. The class will begin in June. Read more in English or in Spanish. 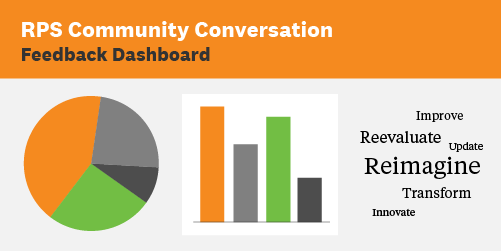 Since September 2020, RPS has offered residents a variety of ways to provide input and make their voices heard. Nearly 1,000 residents and community members have provided feedback up to now. The initial data has been analyzed, and the results are available.

The City Manager has delivered a final report detailing an in-depth assessment of the APD Training Academy to City Council. The report, authored by independent consultant Kroll and Associates, is expansion of a preliminary analysis released in March 2021. Findings and recommendations were presented at the May 4, 2021 City Council work session. Read the report.

On April 23 the Austin Police Department and the Office of Police Oversight (OPO), outlined a renewed commitment to improve the working relationship between the two departments and the steps each will take to facilitate a comprehensive and impartial review of complaints and policy recommendations. Read more.

The changes, focused on realigning City services and resources to allow the Austin Police Department to focus on its core mission of law enforcement, includes the creation of a new Emergency Communications Department to handle emergency calls.

Read more in English here and in Spanish here.

Report: Redefining “Resistance” and Considering Alternative Tactics and Tools to Prevent the Need for Lethal and Less-Lethal Munitions

The Office of Police Oversight released the "Redefining Resistance and Considering Alternatives" Report on April 15 in response to City Council Resolution 95. The report outlines research findings and  recommendations for amendments to the Austin Police Department General Orders to better define what constitutes “resistance” and alternative tactics and tools that can be used by officers to prevent the need for lethal or less lethal munitions. Read the report.

The RPS leadership team and City staff have advanced progress on key public safety initiatives throughout February and March including City Council approval of the City Manager's blueprint for a reimagined Austin Police Department training academy and the creation of a new Forensic Sciences Department as well as the launch of the mental health option to the 9-1-1 call triage. Read the report.

If the blueprint is approved by council and the academy can be conducted in accord with all the objectives outlined in the plan along with additional progress reporting, community input, independent evaluation, and budget criteria directed by Council, the first class of the reimagined APD cadet academy could commence on June 7, 2021. Read More.

On March 23, 2021, the Office of Police Oversight hosted a virtual conversation to share the preliminary findings of independent consultants Kroll & Associates' assessment of the Austin Police Department’s training academy. Over 40 community members representing many local organizations attended, and session was extended to include everyone's questions. Click here to watch a recording of the meeting. To read more, click here.

City Manager Spencer Cronk announced the search for a new Chief to lead the Austin Police Department on March 22. The search and hiring process will involve extensive engagement with the community. The City Manager's timeline sets a target for completing the process and announcing a finalist by August. Read more.

On March 10, the Public Safety Committee of the Austin City Council received a briefing from the RPS leadership team which provided an update on reimagining activities. The briefing focused on progress in the areas of decoupling (shifting) services and operations from APD to other City Departments, and reinvestments.

The initial report, delivered on March 2nd, covers the APD Training Academy's ability to prepare cadets for policing in a multi-ethnic, diverse, urban population, consistent with best practices. To read more about the findings and next steps, click here.

The Austin Police Department publishes a yearly report which analyzes demographic data relating to motor vehicle stops. The 2020 report was released on March 1, 2021. Read the report.

As of February 1, 2021, 9-1-1 callers are now asked if they need police, fire, EMS, or mental health services. This addition is in response to community requests, and Austin represents the first department in the country to include mental health crises in the emergency call triage process. Read more about the initiative.

The Reimagining Public Safety (RPS) leadership team has published the first RPS quarterly update summarizing significant milestones in the RPS initiative and from spring 2020 through the end of January 2021. The report is organized by RPS priority categories: Decoupling, Reimagining and Reinvestment. Read the report.

A community panel assembled by the City of Austin Equity Office conducted a review of selected Austin Police Department (APD) Training Academy videos to determine their suitability from an equity perspective. The group has issued recommendations for improvement  as a result of that review. Those recommendations are outlined in the APD Training Videos Community Review Report  drafted by the community representatives serving on the panel as well as the Video Review Panel Facilitator Final Report from the facilitator of the video review process.  The review and recommendations are one of the outcomes resulting from City Council Resolution 66: Investigate Racism within APD.