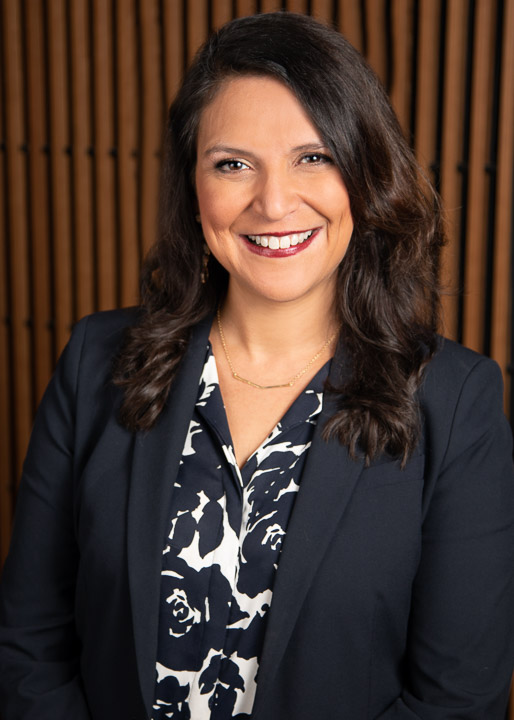 City Manager Spencer Cronk has selected Veronica Briseño (pictured above) as Assistant City Manager (ACM) for the 'Government that Works for All' strategic area, following a competitive recruitment process.

Briseño, who will begin her new position on January 18, 2022, will be responsible for providing leadership to support City government to make it work effectively and collaboratively for everyone, and to ensure government is equitable, ethical, and innovative, as outlined in the City’s Strategic Direction Plan. She will oversee a portfolio of City departments which includes a $258.3 million budget and over 1,072 full-time equivalent employees in Building Services, Civil Rights, Communications and Public Information, Communications and Technology Management, Financial Services, Human Resources, Intergovernmental Relations, and Labor Relations.

Briseño has extensive experience working for the City of Austin, most recently as the Chief Economic Recovery Officer. She was instrumental in providing leadership to the City of Austin’s COVID-19 pandemic economic recovery. This included leading 12 financial assistance programs for creatives and businesses and coordinating city-wide economic response efforts.

“Veronica Briseño’s experience in the public sector as a career public servant is invaluable for providing leadership to our support service departments and offices,” said City Manager Cronk.

“Serving as a member of the City Manager’s executive team has been my goal for years. Growing up in Texas, my father served as a City Manager in a major Texas city, and I had the same calling,” said Briseño. “I look forward to working with the departments within Government that Works for All and continuing my 20-plus year career with the City of Austin to support our residents and their needs.”

Briseño began her career with the City of Austin over 20 years ago. During that time, she held several positions with progressive responsibilities, beginning as an intern in the City Manager’s Office, working in a Council Office, serving as an Assistant Director and Director in the Small and Minority Business Resources Department, and various other executive roles. Her most recent roles have been Interim Homeless Strategy Officer, Interim President/Chief Executive Officer of Austin Economic Development Corporation, Economic Development Director, and Chief Economic Recovery Officer.

She has Bachelor of Arts Degrees in Government and Journalism and a Master of Public Affairs from the University of Texas at Austin.