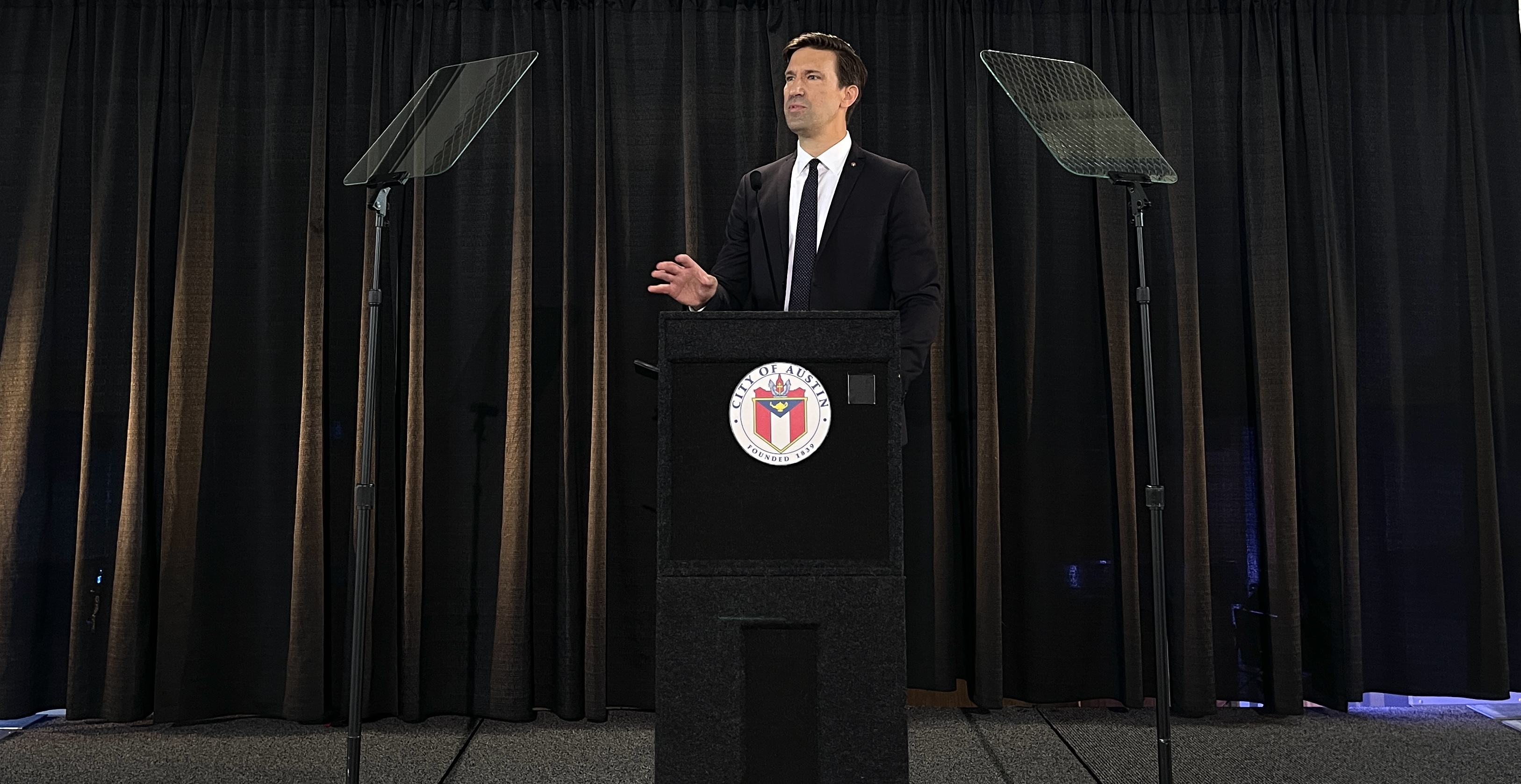 The Austin City Manager’s Proposed Budget for the Fiscal Year 2022-2023 aims to head off an emerging crisis in staff recruitment and retention to ensure City government can continue to provide high quality services, operations, and essential programs for the Austin community.

Spencer Cronk, who presented his recommendations to City Council today, July 15, proposed an across-the-board pay increase of 4% for civilian staff – the largest increase in more than two decades for librarians, rec center staff, utility line workers, waste collection and road repair crews, community health professionals and many more. Under Cronk’s proposal, the City’s living wage – the minimum payable to any employee – would rise by 20%, from $15 to $18 per hour, with a longer-term goal to go higher, per Council’s recent direction.

The Manager also announced that all employees who have been with the City for at least a year – including temporary and sworn public safety staff – will receive a one-time retention stipend of up to $1,500 in their pay packets next month. Annual pay for public safety employees will continue to be determined via negotiations with unions.

Even with the additional investments in the City’s workforce, the proposed budget would provide the typical homeowner with a reduction of more than $100 in the City’s portion of their annual property tax bill.

Cronk delivered his proposed budget, at the Montopolis Recreation and Community Center in southeast Austin, against a backdrop of growing labor shortages precipitated by the COVID-19 pandemic, a highly competitive jobs market, and increases in living costs.

While the City has implemented several programs to help recruit and retain employees, a recent report compiled by the Financial Services Department revealed an average Citywide vacancy rate of 17%, with almost 1,900 non-sworn vacancies over nine months.

While elevated vacancy rates are not unique to the City of Austin, or even to the central Texas labor market, further action to address recruitment and retention and ease the City’s staffing shortage is regarded as critical to sustaining and improving public services over the coming year.

“In the wake of the pandemic, just like so many other organizations, our City government today faces a mission-critical challenge when it comes to maintaining our workforce and sustaining the high quality of services our residents have come to expect,” said Cronk.

“The simple truth of the matter is that we do not currently have the staff that we need to deliver the services that we must. For that reason, and others, the core feature of our budget proposal is a renewed emphasis on ensuring that, as we move into the future, we are in a position to recruit and retain the people we need to do the job that our community expects of us.”

The ability to increase workforce investment for FY23 has been made possible by the City’s dedication to prudent financial management over the course of many years. Both Council and staff have been cautious and responsible with resources, consistently maintaining a healthy level of reserves while continually working to find new and more cost-effective ways to meet the needs of the community. Such efforts enabled the City, unlike many other cities, to maintain a strong financial position throughout the pandemic.

Following a significant revenue loss in the months following the outbreak of COVID-19, this year the City is on track to see a projected 16% increase in sales tax revenue over last year’s receipts.

Taken together, such actions and outcomes have succeeded in shoring up the City’s finances while freeing up funds to invest in recruitment and retention – despite the ongoing challenges posed by the state’s revenue cap, which restricts the ability of cities to raise their own revenue to fund services.

The City Manager is proposing further action to prepare for the impacts of climate change, including the increased potential for weather-related emergencies.

The proposed budget dedicates new funds and positions – including in the Office of Homeland Security and Emergency Management – to promote resiliency and mitigate climate change, with investments in disaster-response infrastructure – such as cold weather shelters – community preparedness programs, and efforts to reduce community-wide greenhouse gas emissions.

This year’s proposal for City spending for the fiscal year beginning October 1, 2022, encompasses total expenditures of $5 billion – including $1.3 billion for the General Fund. The Capital Budget includes $1.5 billion in planned spending.

The General Fund budget covers the City’s base operational costs, maintains current service levels, and makes a series of strategic expenditures, all while maintaining a healthy reserve balance of 14%, consistent with Council’s policy. The largest portion, approximately 62% (around $785 million), is allocated to public safety – 35% to police, 18% to fire, and 9% to emergency medical services.

Community services encompassing court services, animal services, family health services, and managing the City’s libraries and parks account for about 28% of the General Fund, or $351 million.

The proposed property tax rate, of 45.19 cents per $100 of taxable value, is 3.5% above the projected ‘no-new-revenue operations and maintenance tax rate’, which is the measure used by the state to determine compliance with its revenue cap.

Under the proposed budget the typical homeowner would see a reduction of about $111 in the City’s portion of their annual property tax bill. This is a result of the interplay between the growth rates in taxable values for owner-occupied homes—which are capped at 10% annual growth—and other categories of property, which are seeing values rise by more than 20%.

At the same time, some of the City’s rates and fees, including for electricity, trash service, and the transportation user fee, are proposed to rise in response to escalating operations costs, as well as increasing service demands from a growing population.

When changes to property taxes, rates and fees are combined, a typical Austin tax- and ratepayer would see a year-over-year increase of 2.7% - equivalent to an additional $10.07 per month, or just over $120 per year.

Cronk’s presentation was broadcast live and will be available on ATXN’s archive.

The coming weeks will provide time for Community Budget Input meetings and City Council Budget Work Sessions. City Council will have the opportunity to review and initiate amendments to the proposed budget before final adoption, which is scheduled to begin on August 17.

To learn more about the City’s Budget development process, and get involved, visit AustinTexas.Gov/Budget.