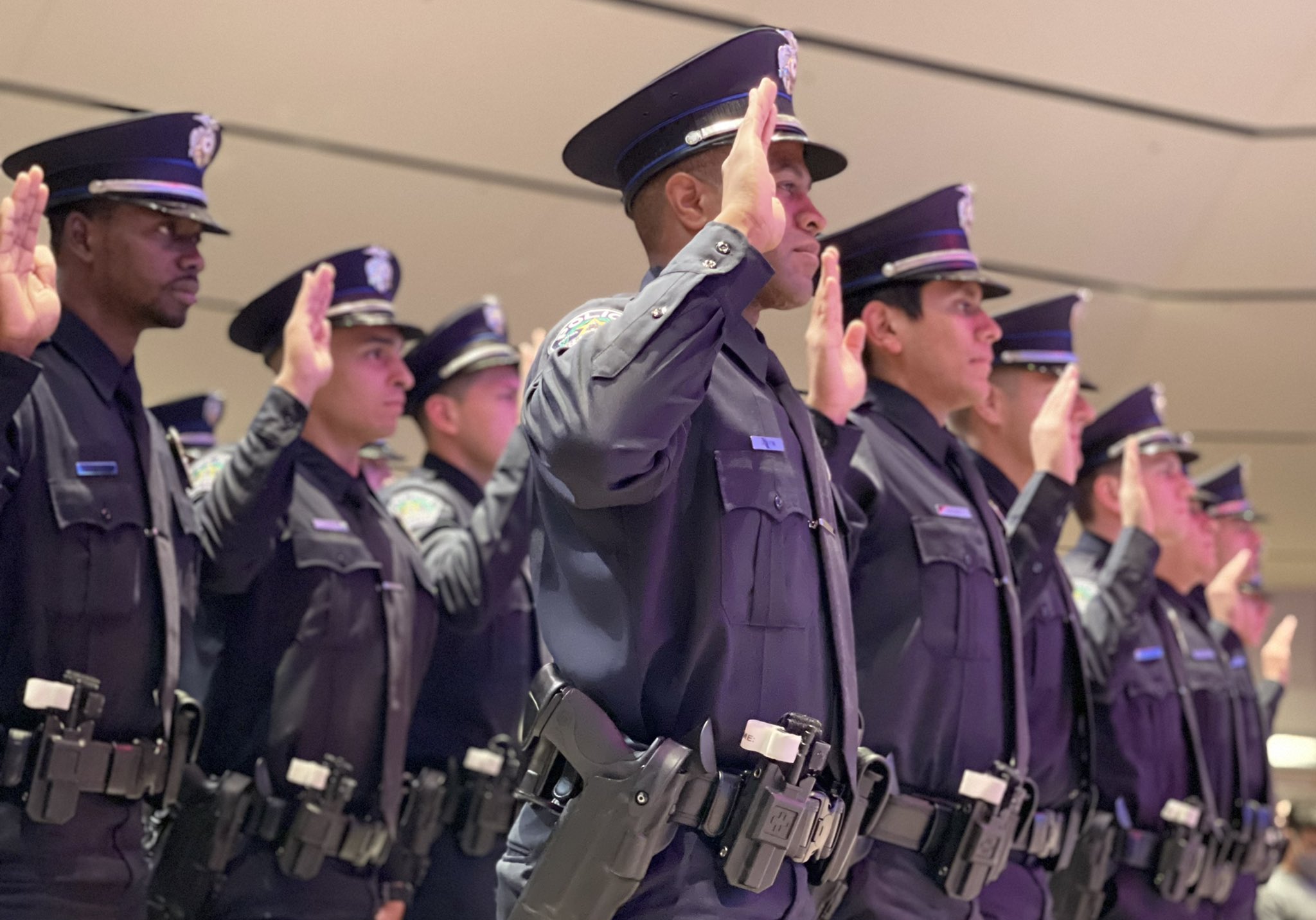 Austin Police Department is moving ahead with the 145th cadet class following a successful pilot of a new curriculum and the graduation of 66 new officers as part of the 144th class last month.

The new class, which is scheduled to start in March, could be the most diverse in APD’s history, following a concerted effort to make sure the force reflects Austin’s diverse population.

The race/ethnicity of applicants are 38% Hispanic, 36% White, 18% Black and 4% Asian/Pacific Islander.

It means that Black and Hispanic applicants in the current pool exceed the proportions who live in Austin as reported in the 2020 Census.

While the 144th Academy class was, at the time, the most diverse cadet class ever, the current applicant pool for the 145th is even more diverse, with Black representation 24% greater than last year, Hispanic 10% greater and Asian/Pacific Islander 50% greater.

“The 144th academy class was the most diverse class we have ever had in our history, and I'm pleased to announce that the 145th is on track to be even more diverse,” said APD Chief Joseph Chacon. “With almost a thousand applicants for the 145th, we would hope to field a class of between 60 and 80 cadets.”

“Increasing recruitment and hiring for individuals who represent the diversity of Austin is a key goal for us, and APD has made important strides,” said Rey Arellano, Assistant City Manager (ACM) for Safety. “The increased diversity in the 145th applicant pool is encouraging and represents our work to ensure APD reflects the community it serves.”

Changes to the academy’s curriculum form part of the City’s overall effort to create a new, reimagined police cadet academy to address concerns about training techniques and learning objectives identified by Council and the community, as well as addressing the City’s need to maintain adequate staffing within APD to provide for the public’s safety and welfare.

In an update to Austin City Council during Tuesday’s Work Session, which followed a memo issued last Friday, it was announced that 27 of Kroll’s short-term and long-term recommendations had been completed and verified. A further six were in progress and one was under consideration. Changes will continue to be made in preparation for the 145th class and throughout future cadet classes.

“I’m very proud of the work done by our academy staff to get us to this point,” said Chief Chacon. “It was a very heavy lift because we had been doing things the same way for so long, and we’re asking them to do things differently, and in many cases to do them much better.”

The reformed police academy is just one part of the City’s efforts to reimagine public safety, and commitment to change within APD is reflected in areas beyond the academy.

Last month the City released the second part (Phase B) of a separate study by Kroll into the impact of racism, discrimination, bigotry, and bias on APD culture, policies, and practices.

ACM Arellano said at the time that the report was “an important milestone in our on-going effort to reimagine public safety in Austin”.