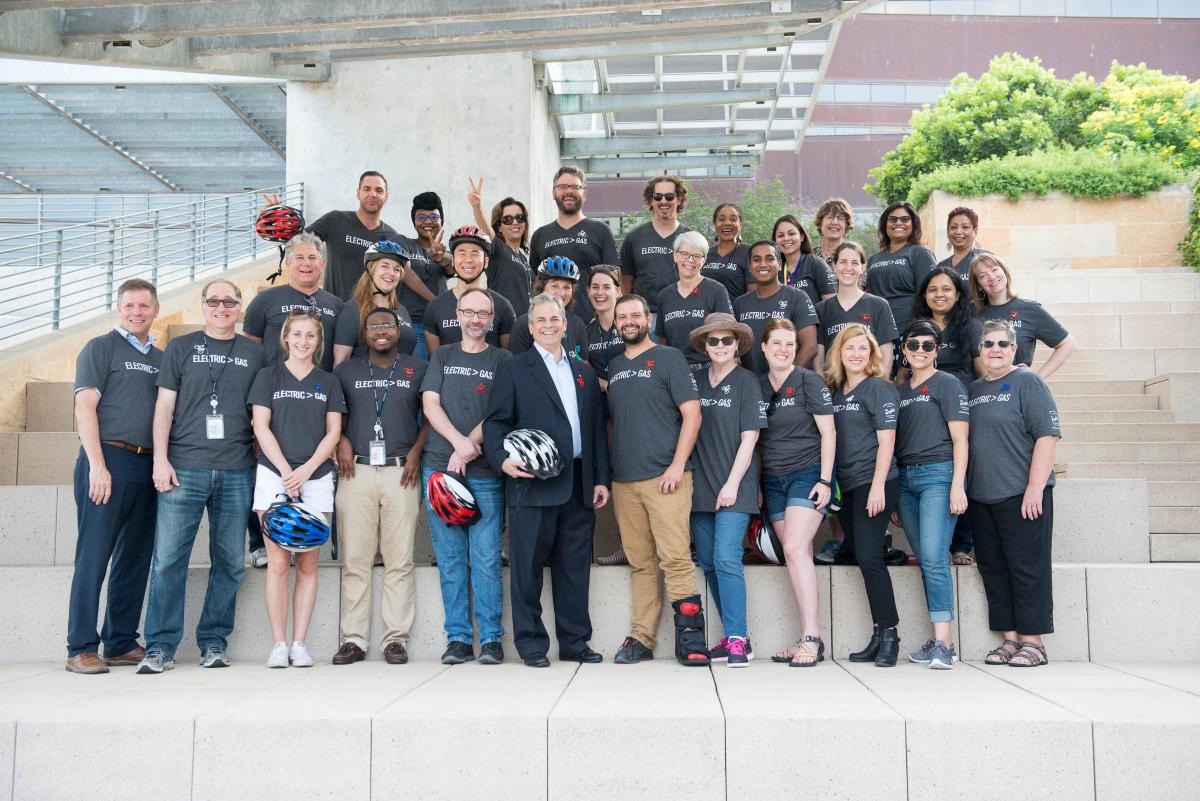 Austin Energy joined BikeTexas last week to unveil the first program in the nation aimed at incentivizing electric bicycle fleets. BikeTexas’ fleet of 25 bikes will be the first to take the fleet rebate for a ride.

Robin Stallings, Executive Director of BikeTexas, is thrilled to be the first recipient of the e-bike rebate. “We’re excited about our fleet of electric bikes and to be able to highlight the best of Austin’s active transportation infrastructure,” said Robin.

The tour peddled down to Electric Drive, where Electric Vehicles and Emerging Technology’s Bobby Godsey spoke about electrification of transportation.

“It was great to be able to feature Electric Drive on the bike route,” said Bobby. “Soon, Austinites will be able to charge e-bikes and other devices there using a new solar kiosk.”

This fall, the solar kiosk will be installed on Electric Drive near the former Seaholm Power Plant as part of the City of Austin’s and Austin Energy’s initiatives to electrify transportation options downtown. There are also more than 100 Austin Energy public charging stations with 110-volt capabilities for e-bikes throughout Austin using 100 percent renewable energy.

With a 34-mile average range on a 2-hour charge using a common wall socket, an e-bike rider is more than likely to double the range of a typical commute on a regular bicycle. The average commute distance by regular bicycle is 3 to 5-miles, 2-miles if the destination is a transit station.

An e-bike rider is also more likely to ride in hilly areas and on hot, cold or windy days, making it an excellent choice for commuting in Austin.

E-bikes can also be used in large campus settings such as technology companies where employees can ride e-bikes between campus buildings or off-campus gatherings.

Bobby said he’s hoping BikeAustin’s participation will start a chain reaction for the program, “We certainly hope that BikeAustin is the first of many to take advantage of this great program." 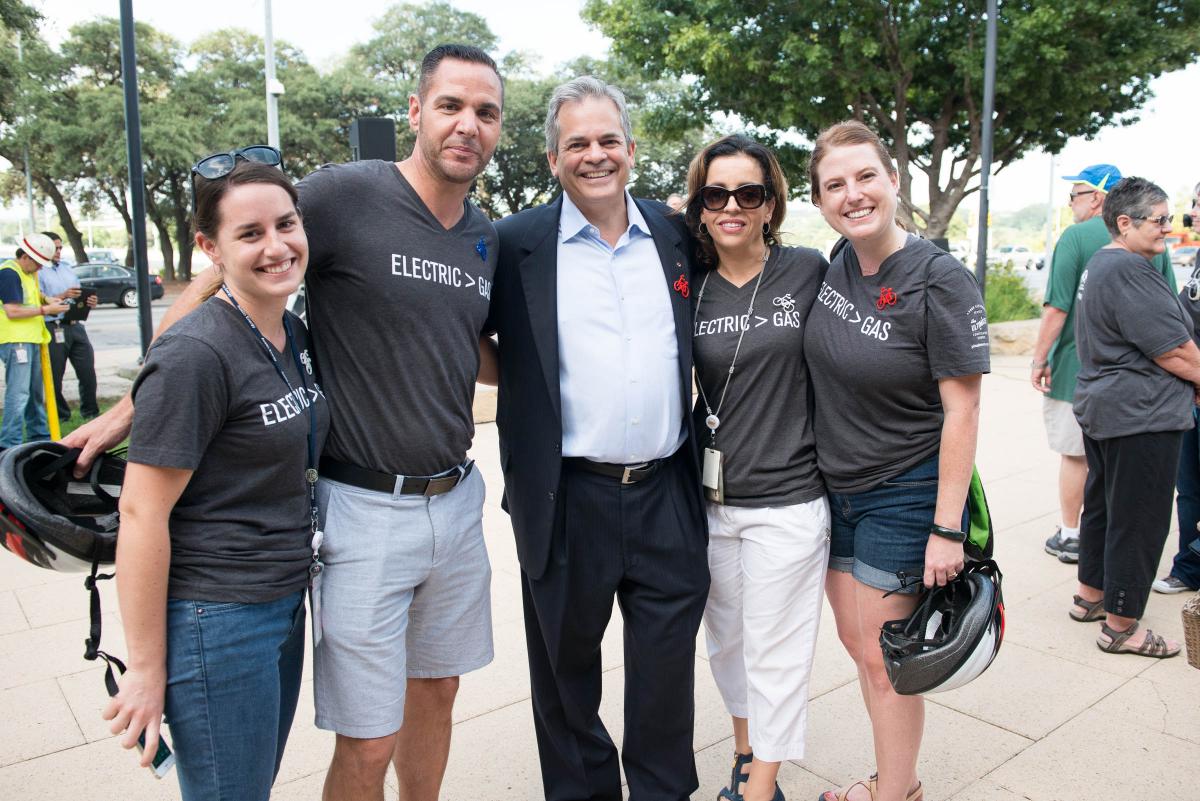 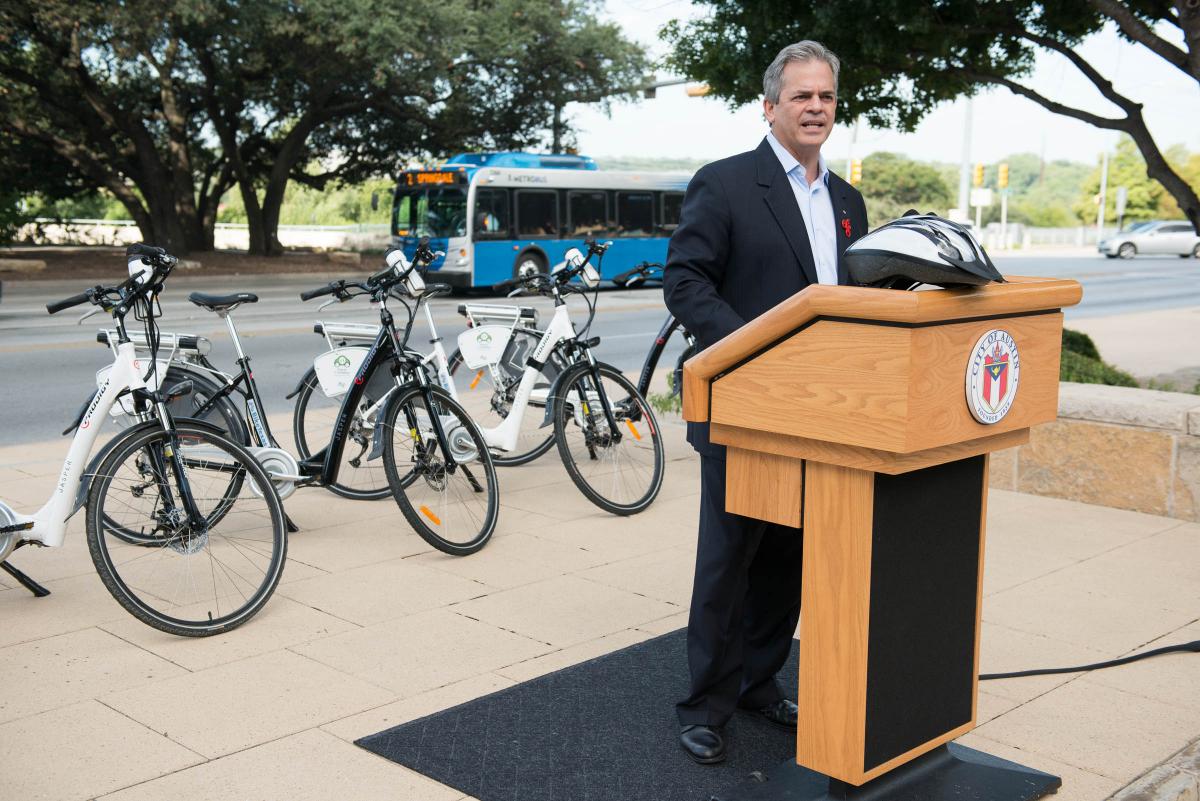 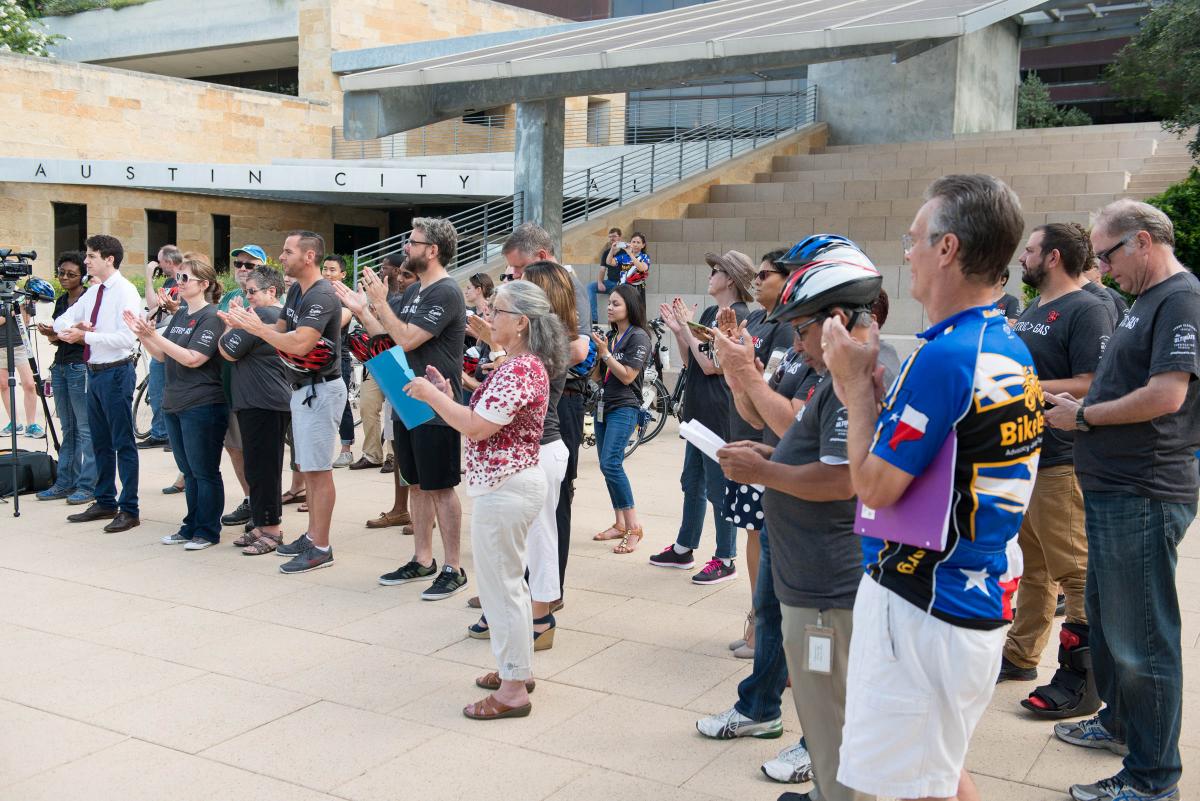 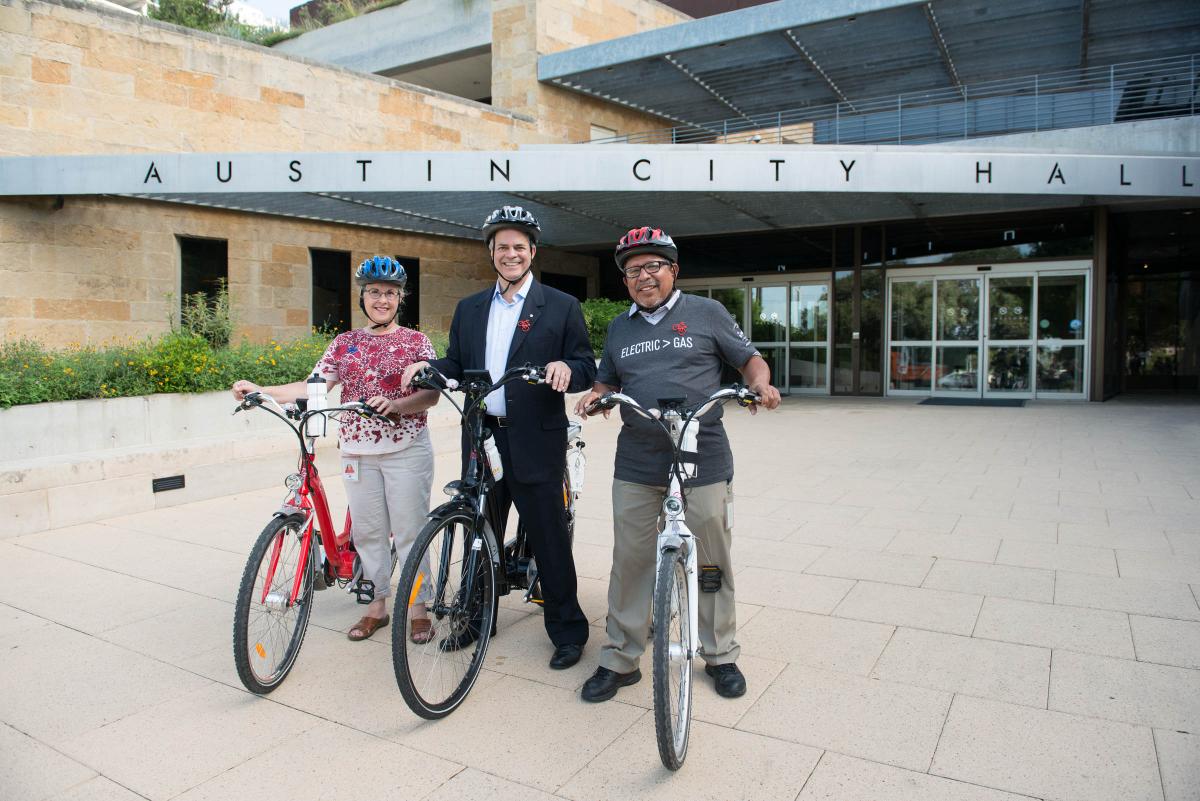