In 2021, the City of Austin will welcome in the New Year with a festive fireworks show. The City of Austin prioritizes safety during events and, for this New Year’s Eve, we will be exercising an abundance of caution to help prevent post-holiday surges. City-organized activities, vendors, and entertainment will not be present in the park. Austinites and visitors are encouraged to celebrate responsibly and watch from afar.

Stream from local news and radio stations online on 12/31 at 8 p.m.

Austin's New Year will be virtual in 2020. Tune in to watch a diverse and star-studded line up of some of Austin's favorite musicians on 12/31. 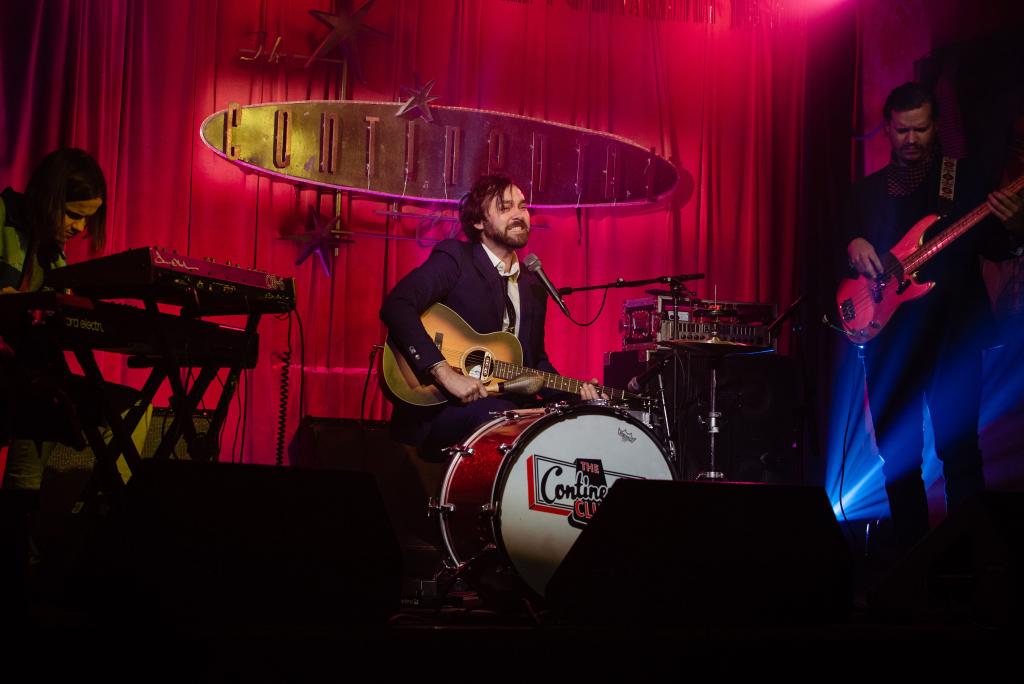 Shakey Graves earned a Billboard Top 10 hit and will perform “Look Alive” and “Family and Genus." 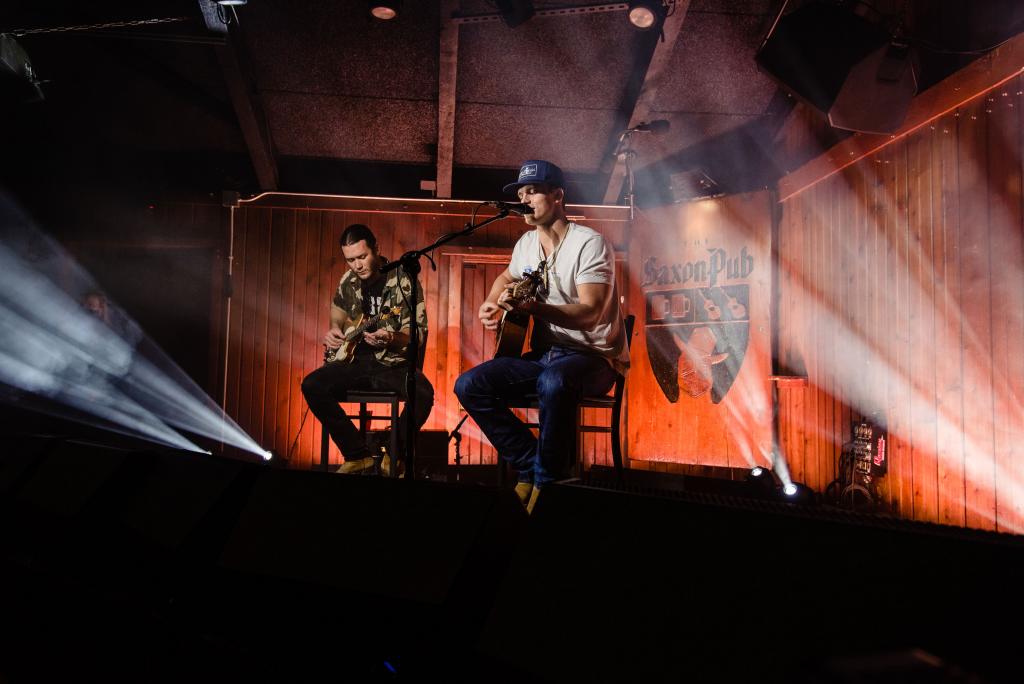 Parker McCollum's latest EP recently landed him as a Top 40 artist along with a Billboard Top 10 hit. 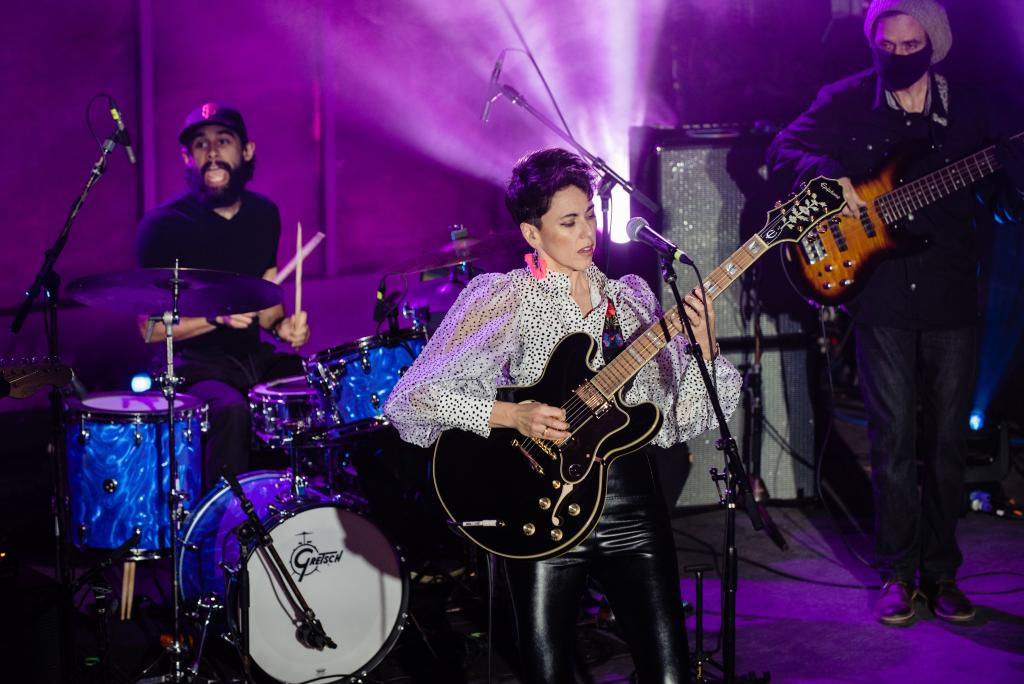 Gina Chavez is a 12-time Austin Music Award winner and was nominated for a 2020 Latin Grammy for Best Pop/Rock Album. 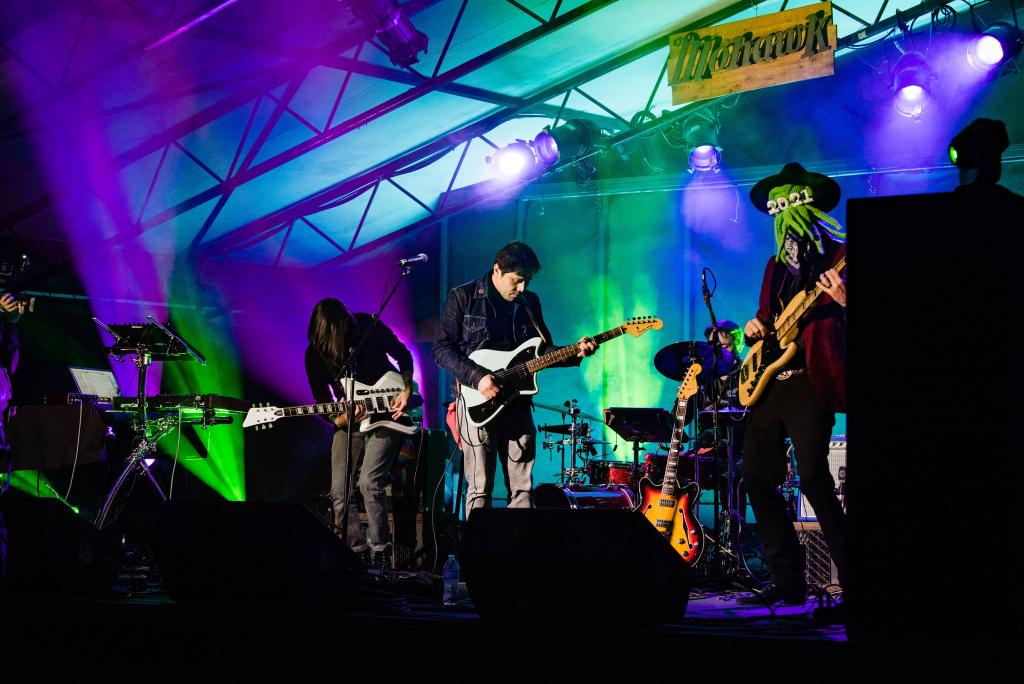 Como Las Movies is one of Austin’s, “Best Latin Bands.” 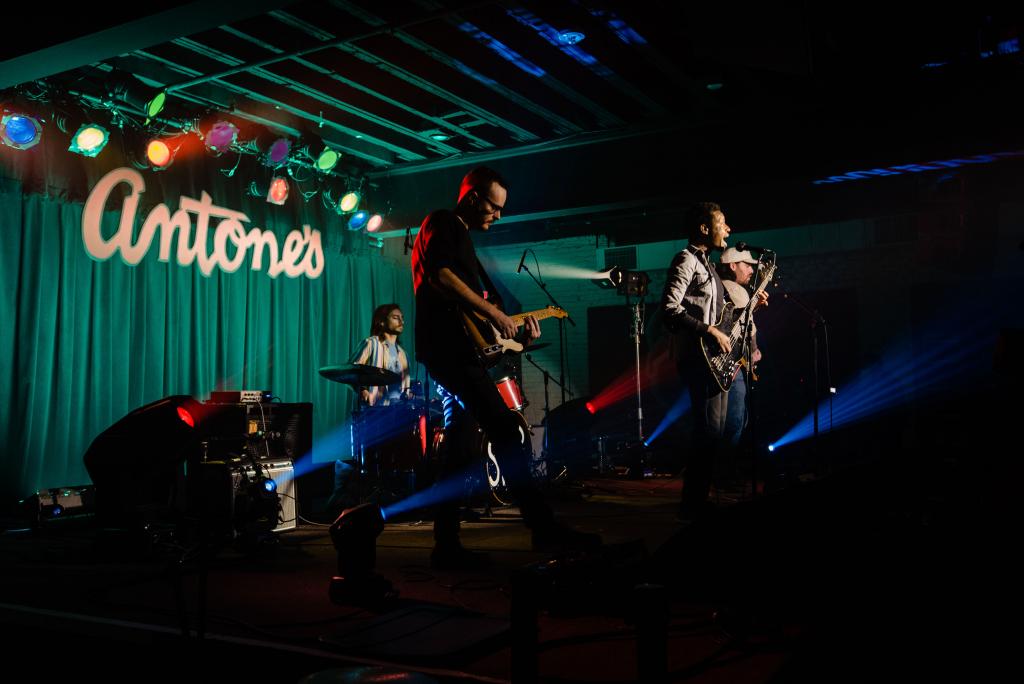 Swimming With Bears is an Austin emerging indie rock band. 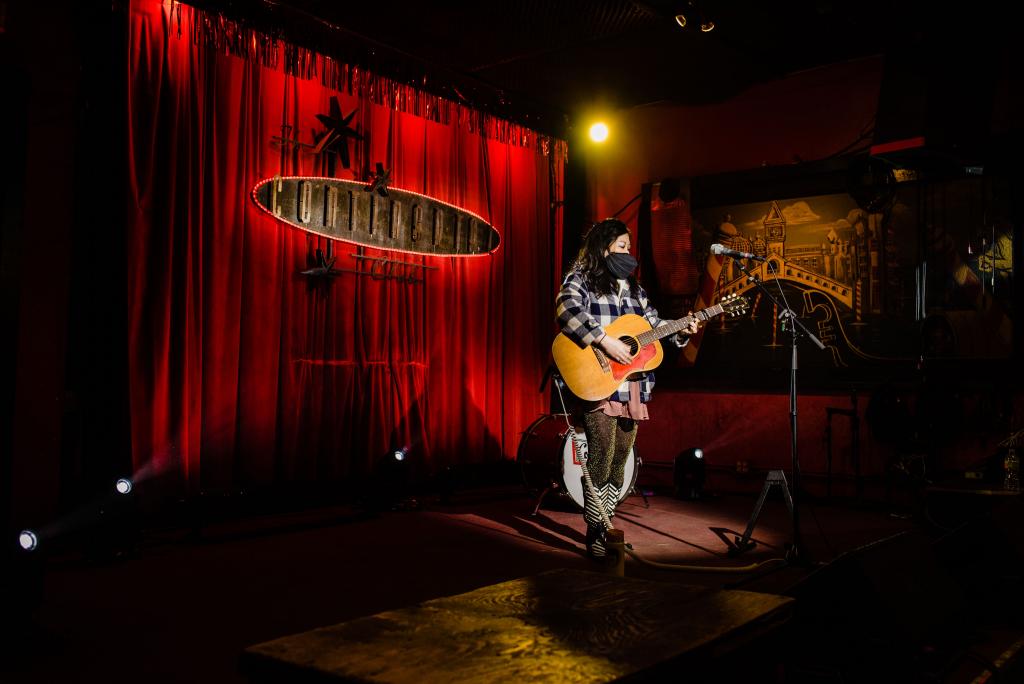 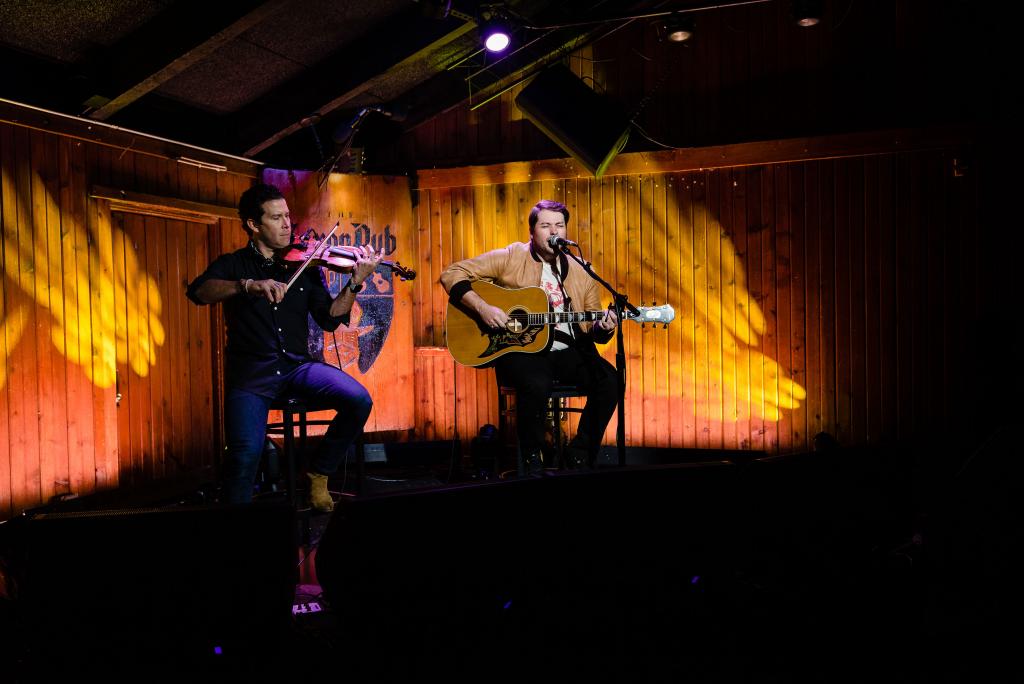 Rob Baird is an up and coming artist who recently released, “Rob Baird Live from Arlyn Studios.” 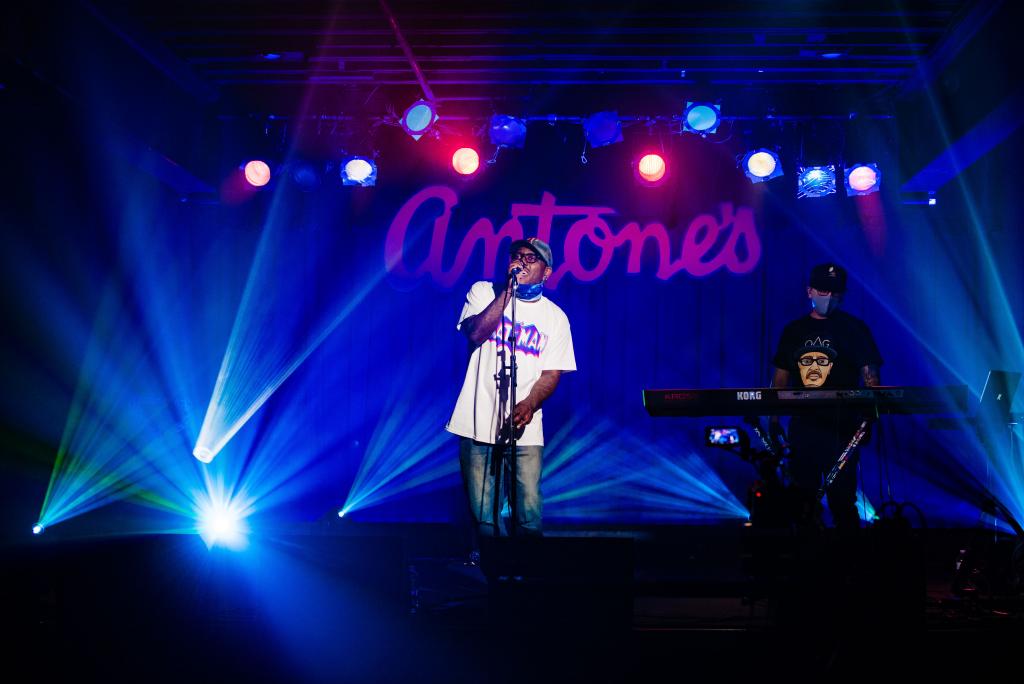 Jake Lloyd was named one of KUTX’s artist of the month in 2020 and his track is sampled for the Austin's New Year promotional video.

Antone's Night Club was established in 1975 by the late Clifford Antone, Antone’s is an iconic blues venue located in downtown Austin. Over the past 40 years, Antone’s has brought Austin a variety of blues and musicians from across the country including B.B. King, Muddy Waters, Jimmy Reed, Ray Charles, and James Brown, and helped develop local talent like Stevie Ray Vaughan, The Fabulous Thunderbirds, Bob Schneider, Gary Clark Jr., and others. In 2015, the historic brand was restored and a new team brought the iconic venue back to the downtown Austin landscape with a renewed focus on once again making Antone’s the “Home of the Blues.”’

Cheer Up Charlies is a vegan bar and could be described as a colorful cabin, with a large outdoor music venue behind it. The staff is fun, and in addition to kombucha on tap, they serve amazing organic juice blend cocktails, local beers, biodynamic wines. It’s a great place to have a drink and talk in the afternoon under the parachute-shaded patio, Music and events nightly, and often has movie screenings and storytelling on other nights.”

The legendary Continental Club opened its doors in 1955 and celebrates over 60 years as one the oldest continuously running clubs in all of Austin. It started out as a swanky supper club,  then became Austin's first burlesque club and later became a working man's blue collar bar on South Congress that opened every morning at 7am and eventually grew into one of the premier live music venues presenting bands like Stevie Ray Vaughan and Double Trouble, Paul Ray and the Cobras, Joe Ely, Bill Carter and the Blame and many more onstage back in the late 70's thru the early 80's. It continued from '83-'87 as a hotbed for new wave/punk and rock n roll with bands like Social Distortion, The Replacements, The True Believers and many others performing. In 1987, the club was renovated and refurbished to make it as close to it's original 1950s version as possible, including the restoration of the original murals that you see on the walls today. From '87 to the present The Continental Club, now a historical landmark is the premier roots rock, traditional country and blues, rockabilly and garage rock club in the country. Roosevelt "The Grey Ghost" Williams kicked things off New Years Eve 1987 and continued to play regular happy hours. Ernie Bowser, TD Bell and the Blues Specialists followed suit with Friday happy hours and are still playing after 3 decades with the next generation onstage with original member Mel Davis.  Everyone from Junior Brown to Link Wray to Robert Plant have graced the stage. Folks like Bill Frisell, Southern Culture on the Skids, Alejandro Escovedo, Barfield the Tyrant of Texas Funk, Wanda Jackson, Toni Price, James Burton, Dale Watson, James McMurtry, Jon Dee Graham and the country super group Heybale call The Continental Club home.

The longevity and success of Mohawk isn’t a consequence of a sound business plan, it’s because everyone involved — the owners, investors, managers, employees, bands, bookers, fans — has a vested interested in building something real and authentic with all the heartbreak and joy that goes along with it. Handmade in downtown Austin, Mohawk was built in 2006 as a one of a kind live music venue and bar. Our mission is to host friends, musicians, and staff that represent a wide variety of musical tastes and walks of life. All Are Welcome at Mohawk.

Opened in 1990, the Saxon has hosted well over 22,000 musical performances. It has been the location for films, videos and countless live recordings. On any given night you might see a major celebrity from the film or music industry either having a beer or sitting in on stage jamming with the locals.  This award-winning listening room has helped launch the careers of several prominent entertainers. It is also known for booking some of the greatest music legends around, performing in an intimate atmosphere that Kris Kristofferson likened to “playing in his own living room.”

While most are ready to leave 2020 behind, the Austin's New Year 2020 Commemorative Poster is one keepsake from this year you'll want to hold on to. Download your free copy. (PDF English). 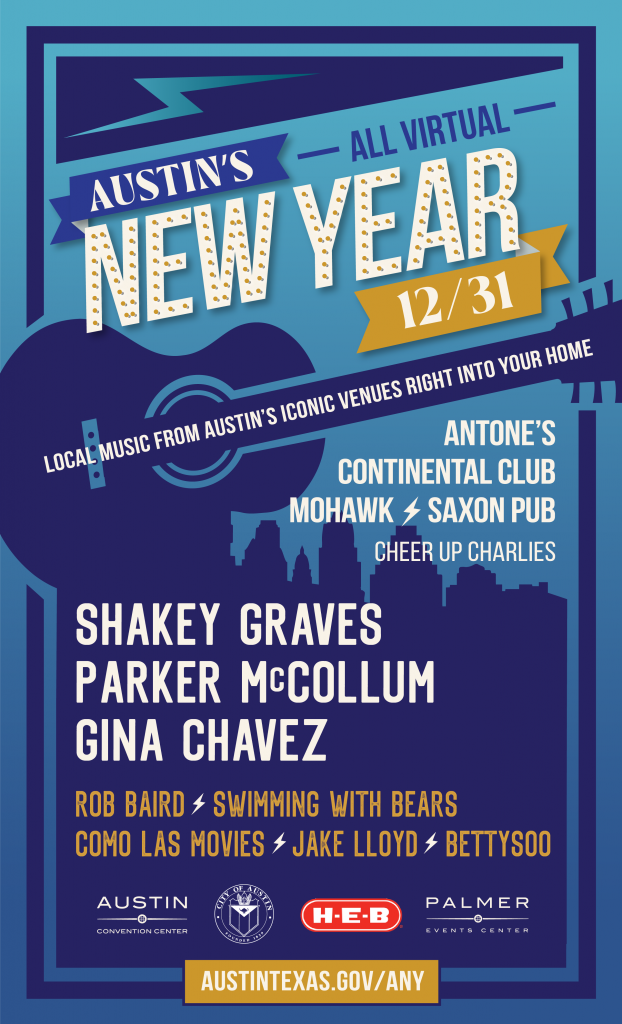